Reviewing Doctor Who can be a challenge at times.  I frequently find myself feeling like a broken record, when my complaints and complements about one issue mirror my comments about the previous issue.  Such is the case with Doctor Who #6, which continues the trends set by Issue #5 for good and for ill.

The script by Andy Diggle blends various elements from stories involving the Ninth, Tenth and Eleventh Doctors as The Doctor takes the Ponds on a cruise in space.  It turns out that one of the other guests is Lady Christina De Souza - a cat burglar who crossed paths with The Doctor once in his Tenth incarnation and has somehow gained the ability to travel between planets.  What she's up to winds up tying into a most unusual heist where multiple thieves pursue differing ends and even The Doctor is not entirely what he claims to be. 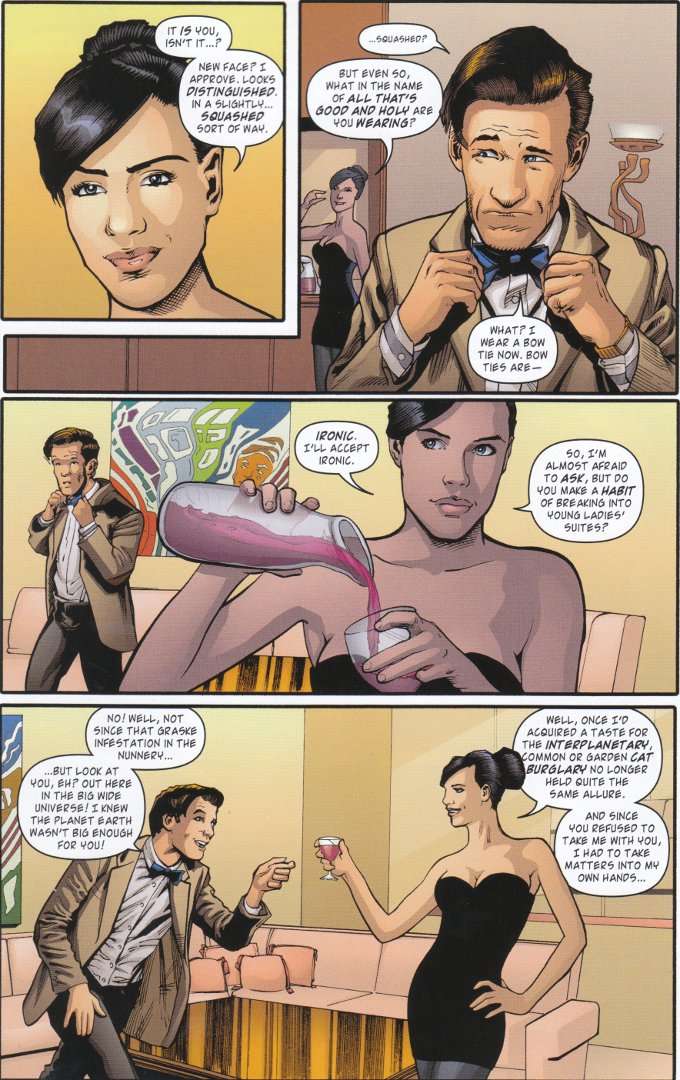 As one might expect with Andy Diggle writing, this is all a rollicking good read.  Diggle explains everything taken from the show for those few who might be reading this comic without having seen all of the stories he refers to.  There's some honestly shocking twists and those who worry about the morality of The Doctor allying himself with an unrepentant thief who steals for the heck of it will find themselves pleasantly surprised. 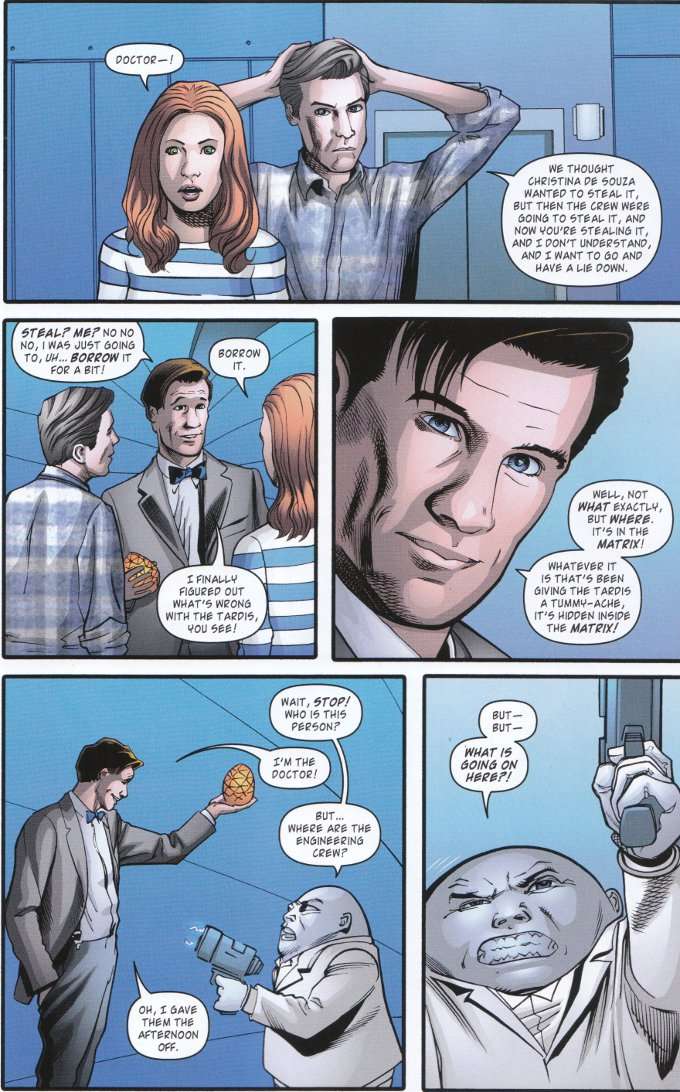 The artwork continues to be this book's weak point.  Josh Adams' artwork isn't all bad but his character designs are still inconsistent from panel to panel, managing to make even the alien creatures that are meant to look distorted seem off-model.  The colorist chose a poor palette which leaves Amy Pond looking like Daphne Blake from Scooby Doo and Rory Williams grey before his time.

If you're a Doctor Who fan who enjoys a good story no matter what the medium, you should give this issue and the one from last month a chance.  It should be a must read for any Doctor Who fan.  Avoid this only if you are one of those rare few who absolutely cannot ignore some shady artwork for the sake of a crackerjack tale.
Posted by Starman at 10:36 PM