Looking back, the biggest problems I've had with with most Doctor Who comic book adaptations have always lain with the artists.  Talking with my fellow Wholigans, I find they're of a similar mind.  I don't know if it's because the characters' appearances are so ingrained in our minds because of the TV show that we judge any "off-model" artwork as utterly irredeemable.  What I do know is that Josh Adams' character designs are half-successful, at best, in capturing the essence of our heroes.

There are some moments where Matt Smith's Doctor does indeed look like Matt Smith and other moments where he resembles Dick Van Dyke.  Rory Williams suddenly ages 20 years between panels, as his hairline recedes halfway up his scalp.  Colorist Charlie Kirchoff doesn't help matters, occasionally coloring Amy Pond's hair with the fiery red shade of Karen Gillan's locks and other times painting her as orange as Daphne from Scooby Doo! 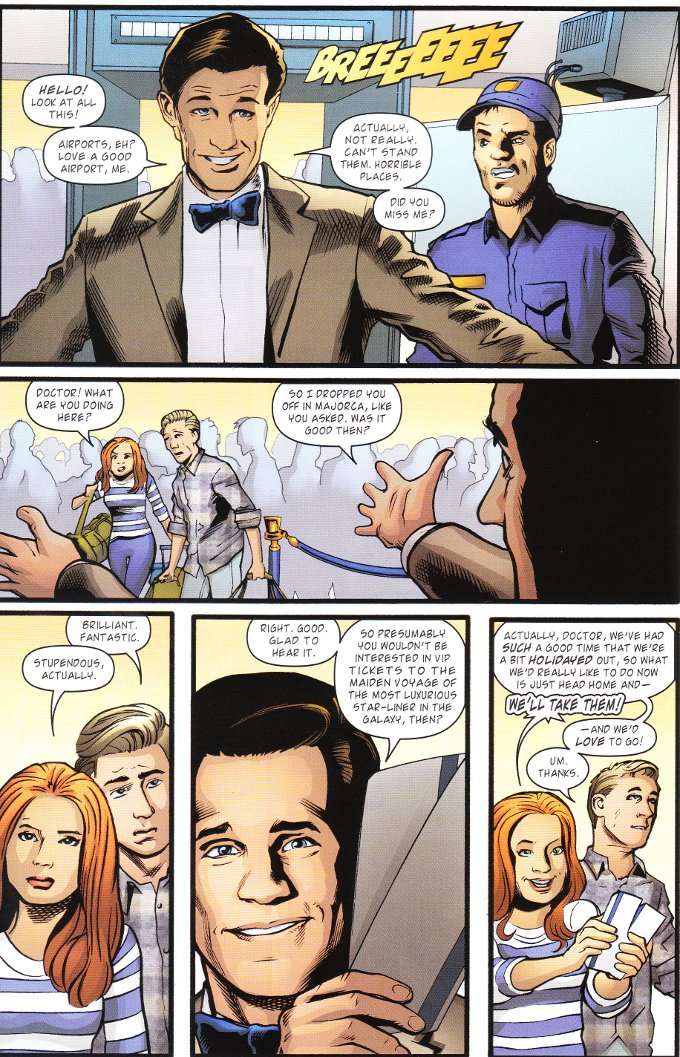 Thankfully, while art issues are commonplace on Doctor Who, so are excellent scripts.  This issue proves no exception, as author Andy Diggle spins a tale that draws off elements of the Ninth, Tenth and Eleventh Doctor's tenures.  Having rescued The Ponds from a disastrous holiday that's left them stranded in a Spanish airport, The Doctor spirits them away on the maiden voyage of a cruise starship.  Surprisingly, The Ponds discover that the annoying rich woman bound for Utah who delayed their flight on Earth is somehow on the starship.  Even more astonishingly, The Doctor recognizes her as Lady Christina De Souza - the infamous cat-burglar who helped him save a bus full of people from The Planet of the Dead.  How did she wind up in deep space in the future?  The answers may lay in a mysterious vault in Utah, which The Doctor visited once before... 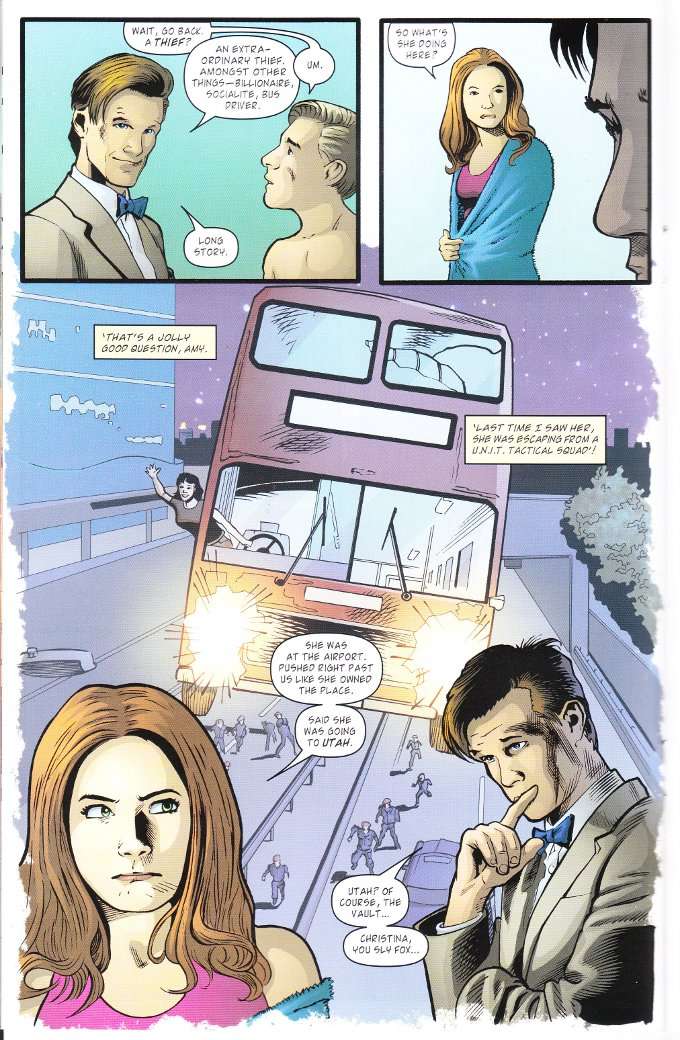 Diggle's story throws us several mysteries and long-time Doctor Who fans will appreciate the craft involved in mixing these previously uninvolved elements into a new story.  The issue also closes on a wicked cliffhanger that will leave you desperate for the next issue.  If you haven't given Doctor Who a chance in comic form and can deal with some jammy artwork, this would be a good book to cut your teeth on.
Posted by Starman at 10:49 PM