Earth 2 #9 brings Nicola Scott and Trevor Scott back to provide more of the same wonderful art we've come to expect on this title.  I've been a brazen Nicola Scott fanboy since her brief but enjoyable run on Birds of Prey and she's been one of the few artists I've actively followed since then.  Her work here is up to her usual standards and Trevor Scott's inks are also true to form. 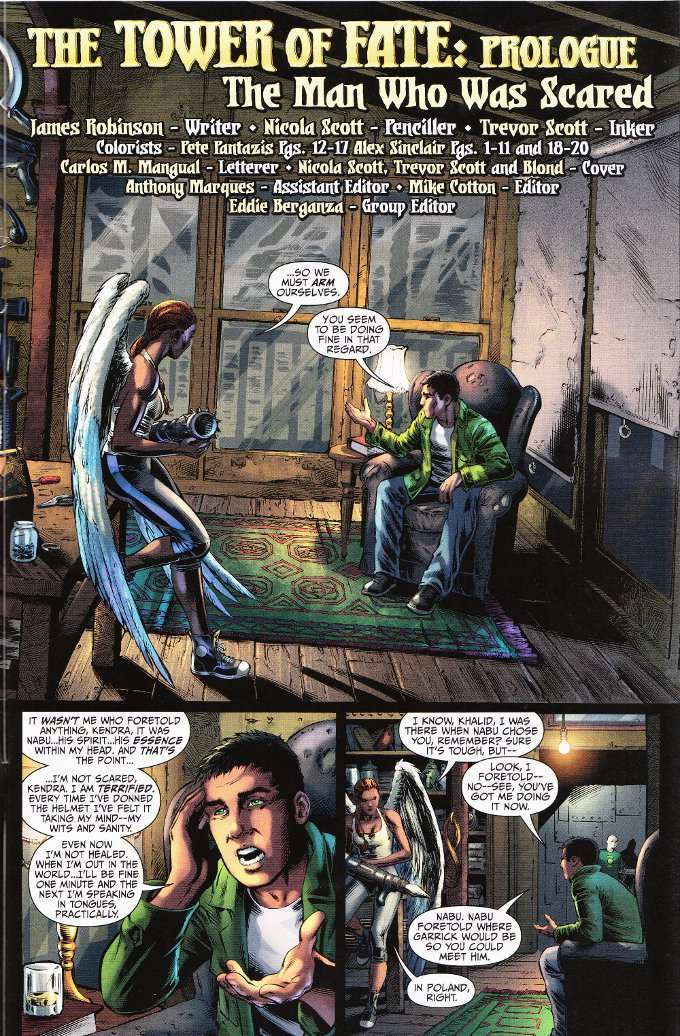 This issue also sees James Robinson introducing another revised hero into the world of Earth 2.  This time the hero in the spotlight is Dr. Fate - the most powerful magician in the world.  Seemingly drawing inspiration from Geoff Johns' and David Goyer's portrayal of the character in JSA, Robinson has revived the idea of the Helm of Nabu - one of the mystic artifacts that bestows The Power of Fate - possessing a host rather than being wielded.  The helm's current possessor - or possesse, as the case may be - is an Arabic man named Khalid, who has some past connection with Hawkgirl. 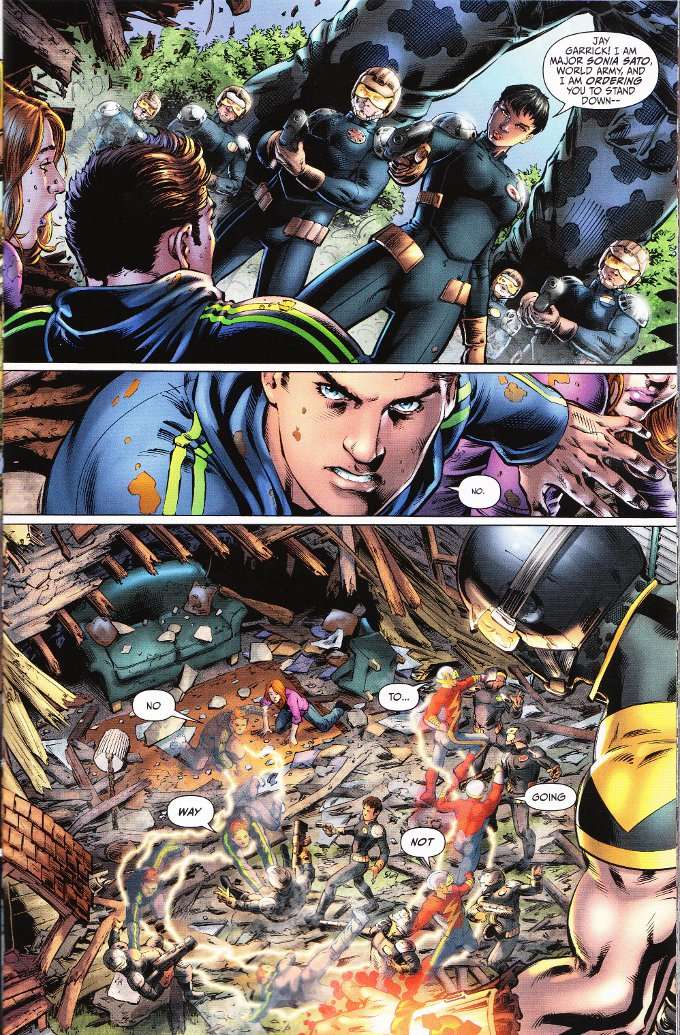 The main thrust of the issue concerns Khalid trying to keep an eye on Jay Garrick, as the newly dubbed Flash heads home to tell his mother about his new-found powers.  Naturally the World Army is laying in wait and it falls to Khalid to try and help without losing his mind or tapping into the power that has chosen him.  The action here is well paced and Khalid is an immediately sympathetic character.  The issue-ending cliffhanger is guaranteed to bring you back next month.
Posted by Starman at 11:49 PM