Arrow #19 tells a tale that was hinted at in last week's episode but has yet to be expanded upon.  The story focuses upon ASIS agent Slade Wilson and his partner Billy.  Sent to Lian Yu (a.k.a. The Island) to retrieve Yao Fei, the two are shot down and captured by Eddie Fyers and his men.  Tortured for the better part of a year, Slade is finally able to escape the camp with Yao Fei after Billy turns traitor and signs on with Fyers.

The script by series writers Lana Cho and Ben Sokolowski is fast-paced and informative, though we still know nothing of Slade's motivations in seeking out Yao Fei in the first place.  The only real new information we glean from this story is the name of Slade's partner - Billy Wintergreen.  This is an interesting nod to the original comics, where William Wintergreen is Slade Wilson's most loyal companion. 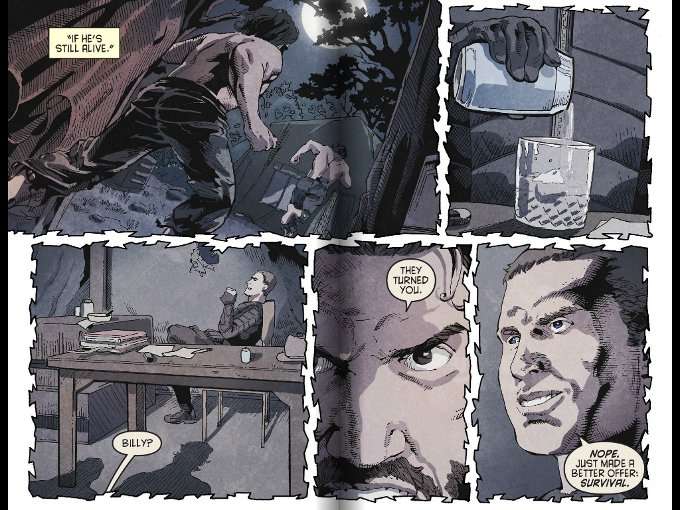 Sadly, the artwork by Allan Jefferson and Le Beau Underwood doesn't match the script in quality.  Jefferson's pencils are uneven, with characters losing detail in the middle and far distance.  Underwood's inking is similarly eratic, with some panels featuring objects that are barely outlined, with no detail on the interiors.  Despite that, this issue should be of interest to Deathstroke fans interested in learning more about an alternate-universe take on the character.
Posted by Starman at 9:55 AM