Conflict lies at the heart of all great stories.  Indeed, most stories are described in terms of one of four types of conflict; Man fights Nature, Man fights Society, Man fights another Man and Man fights Himself.  Aquaman #17 features all four of these forms of conflict in its' title character's current struggles and it's a credit to Geoff Johns that he can bring all these different conflicts into play in a single story. 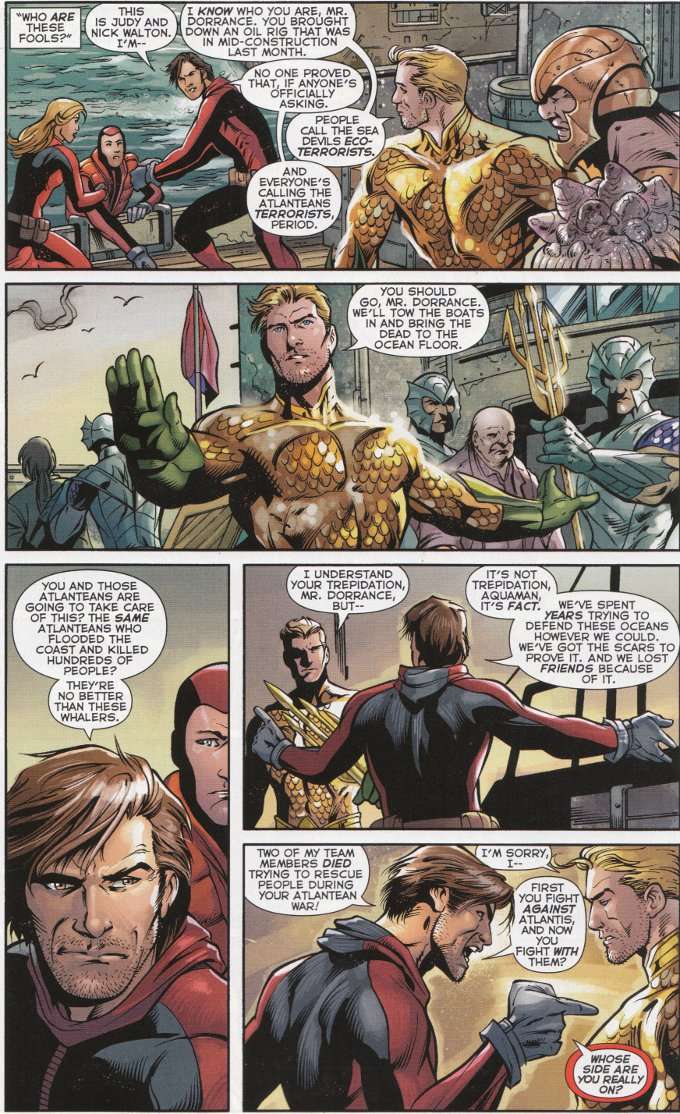 Newly crowed as King of Atlantis, Arthur Curry finds himself surrounded on all sides by conflict.  He wished to bring peace between the surface world and Atlantis and was successful by claiming the throne of Atlantis and ordering an end to the hostilities.  Yet there is a big difference between peace and trust.  This is a lesson the young king is learning as he discovers that his new subjects obey him only because of his title - not because of respect or a belief in his rule.

Meanwhile, his friends and allies on the surface world now view him as a potential threat due to his seemingly alliance with those who tried to kill them.  The natural world he can communicate with has turned cold to him due to his failure to protect it.  Even his most faithful companion, his wife Mera, has abandoned him due to her own feud with Atlantis and her viewing his efforts to make peace with both sides of his heritage as foolish.  And then there is the question that everyone keeps asking.  The question Aquaman struggles within himself to answer - whose side are you on and who are you fighting for? 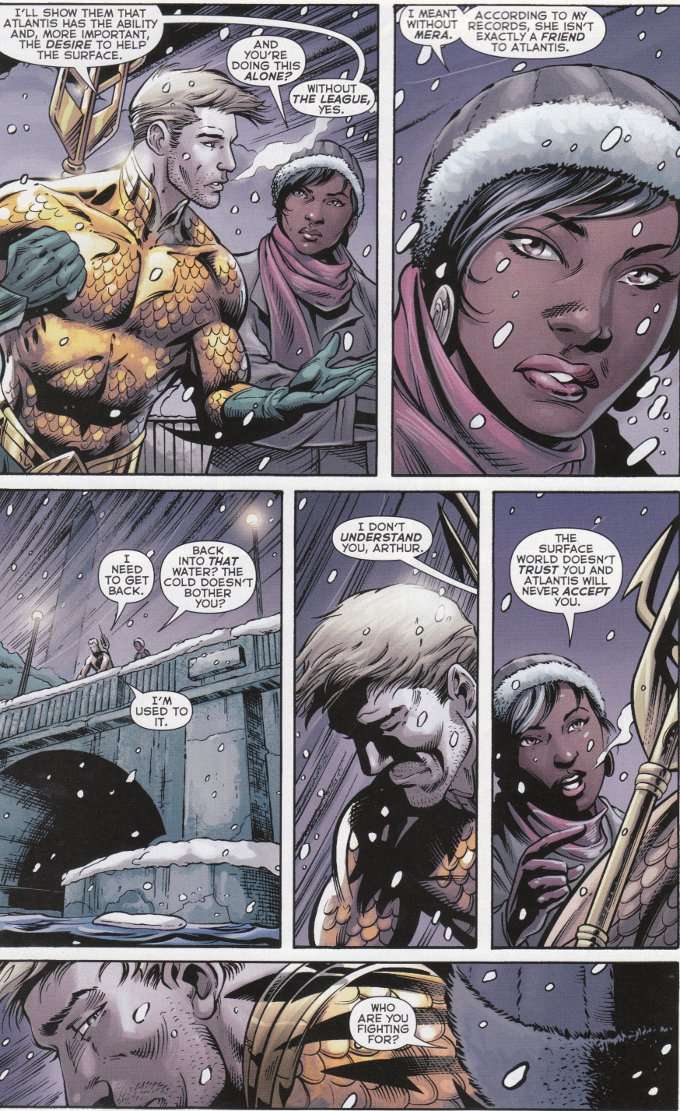 The artwork proves as excellent as ever.  Paul Pelleiter's pencils are picture perfect.  Sean Parson's inks are appropriately atmospheric.  Simply said, this book looks as good as it reads.  All in all, I'd say this title is a must read and a good jumping-on point, despite being the epilogue of the Throne of Atlantis storyline.  If you have yet to give Aquaman a shot, now is the time.
Posted by Starman at 11:16 PM