Green Arrow #18 continues to move The Kill Machine storyline along at a brisk pace while expanding upon an excellent first issue.  The script by Jeff Lemire balances a thrilling action-movie plot with several well-paced expository scenes, as Ollie Queen seeks allies and answers in the wake of his being framed for murder.  We're introduced to a new ally for Ollie in the form of  Fyff - a brilliant but troubled tech-genius Ollie once fired due to his social awkwardness. Lemire gives Fyff more personality in half an issue than either of Ollie's previous support team - Jax and Naomi - ever got in the previous 17 issues of this title. 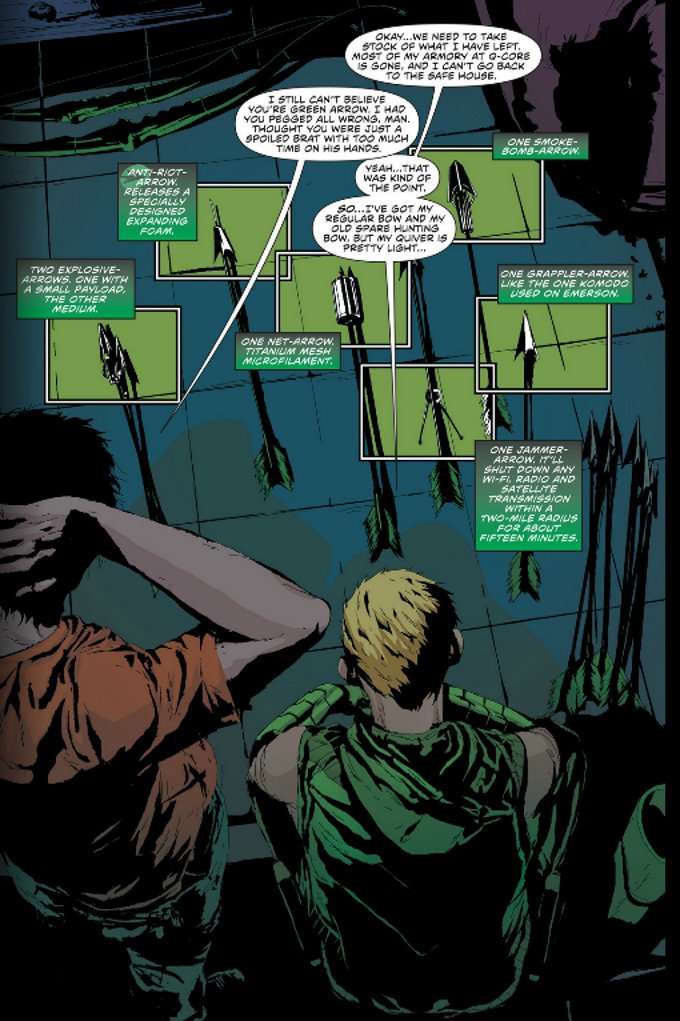 Good as this is, for my money the best part of the book is the scene where Lemire develops new villain Kodomo.  Parallels between Malcolm Merlyn from the Arrow TV show are inevitable, given that both villains are archers who favor dark costumes with concealing masks and both are corporate raiders when they aren't out killing people according to their mysterious agenda.  Where the characters differ - and what makes Kodomo instantly interesting in the brief glimpse we see of his typical day at work - is that Kodomo does not hide his double life from his young daughter.  Indeed, he makes a special effort to see that she is as much a part of his life as his business and his assassinations and he seems to be training her to join both sides of the family business. 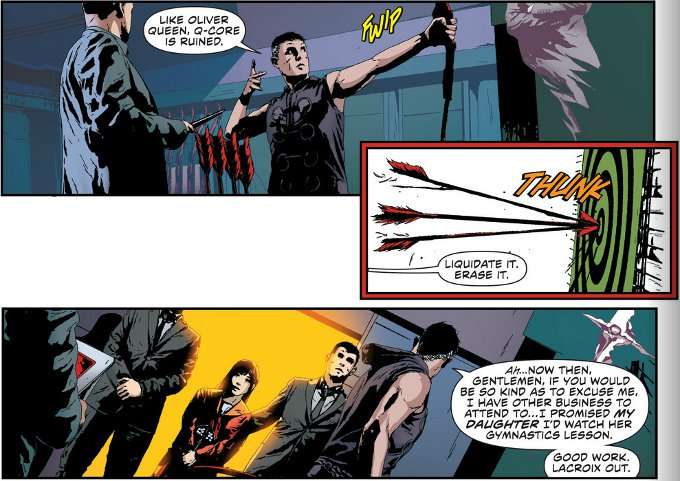 Andrea Sorrentino was a bold choice of artist for this book but so far he's proven to be a fitting one.  There is not one panel in this book that is not precisely sketched and then perfectly inked.  Colorist Marcelo Maiolo also deserves high praise for making this comic look as good as it does.

If this book has a flaw, it's that some of the drama does ring a bit false.  The cliffhanger on the final page falls flat since we know from the opening scene of this book that Ollie has survived the action so far long enough to escape from Seattle.  Still, that does not diminish the excitement of the ride as we proceed to that point and this is still the best Green Arrow has been in a long while.
Posted by Starman at 11:54 PM