Two emotions filled me when I finished reading Batgirl #18 - disappointment and relief.  Disappointment in the issue as a whole and relief that we will have Gail Simone back in the saddle next month.  Ray Fawkes fumbled the ball after a promising start but I'm uncertain how much of that was due to editorial interference and how much may have been due to his own story becoming a shaggy dog tale at the end. 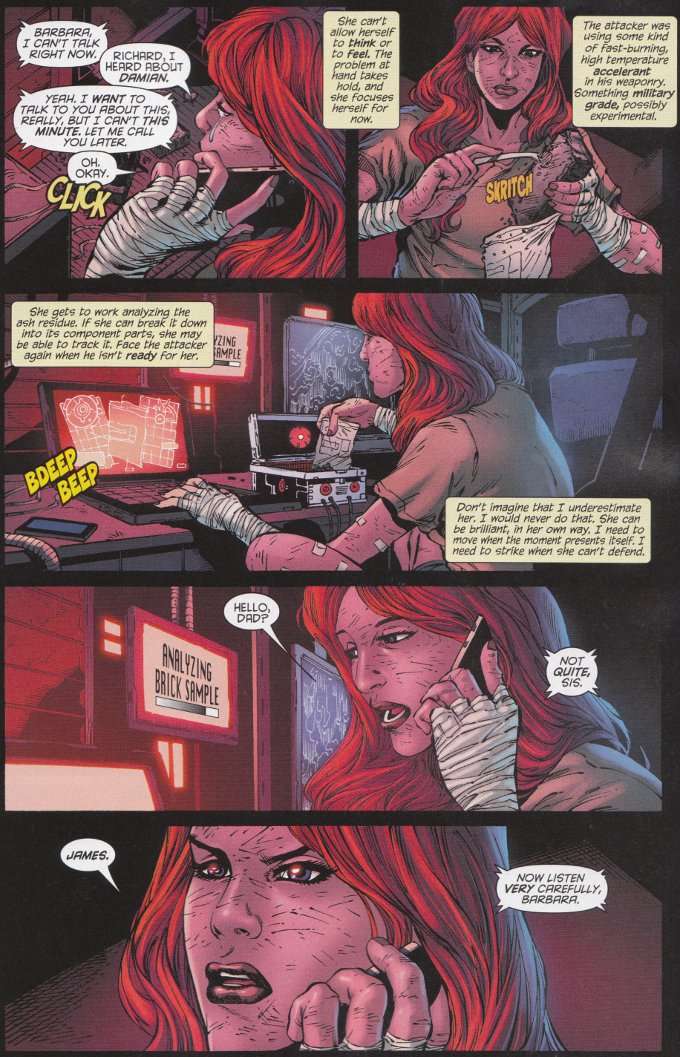 Everything about this issue seems off.  From the opening narration where James Gordon Jr. once again tells us everything his sister is doing and feeling (a problem I pointed out in the last issue) to the ending in which the promised confrontations fail to come about.  However, the most problematic point is the brief memorial scene for Damian Wayne, which comes off as stilted and out-of-character for all involved.

Traditionally, Dick Grayson's always been the most empathic member of the Bat Family, so Barbara being the one to call him only to be shot down because he's busy seems to be a complete reversal in roles.  More, this moment comes is Barbara is in the middle of trying to track down two separate criminals, one of whom is targeting her and her family directly.  It flies in the face of her established character to suggest that she'd put everything on hold just to call her ex-boyfriend and talk about their feelings.  Even the action of the issue seems half-hearted, with Barbara confronting a Firefly rip-off called Firebug. 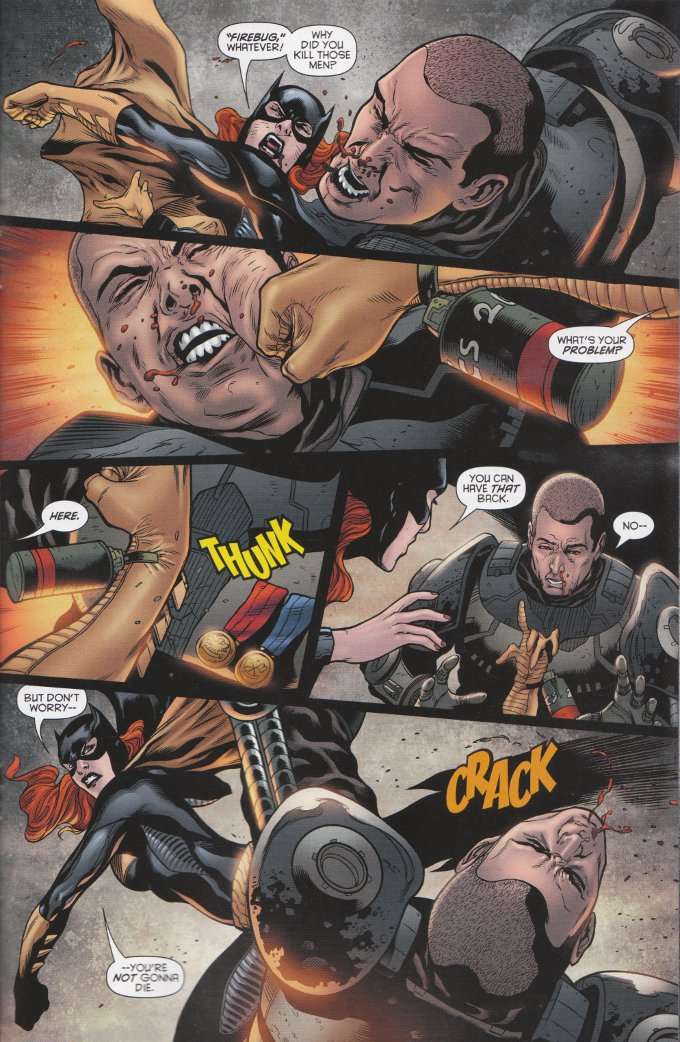 The artwork is similarly uneven.  Daniel Sampere's pencils are as strong as ever though the finished artwork seems oddly conflicted.  I believe this is due to four different inkers being employed on this issue.  Whatever the case, the end result is somewhat better than the conflicted story.  At least all of the artwork looks good even if it does look somewhat different from page to page.
Posted by Starman at 8:37 AM