There have been rumors buzzing about the Internet in the wake of Batman #18 - rumors that Scott Snyder and James Tynion IV would create a new female Robin to replace Damian Wayne.  Having read this issue, I can see why some people might have this idea as the plot once again focuses upon the character of Harper Row - the emancipated minor and electronics prodigy introduced back in Batman #12.

For my part, I don't believe it and hope it isn't the case for three reasons.  The cynic in me dreads the eventual fate of any teenage girl introduced into the Bat Family (Whither Cassandra Cain and Stephanie Brown?).  The historian in me fears that Damian Wayne's death might be cheapened if he is so quickly and easily replaced at a time when Death in Comics is already so cheap and the ease of replacing one Robin with another is already a punchline.  Finally, the fanboy in me thinks Harper Row is far too unique and interesting a character to saddle with the title of Robin. 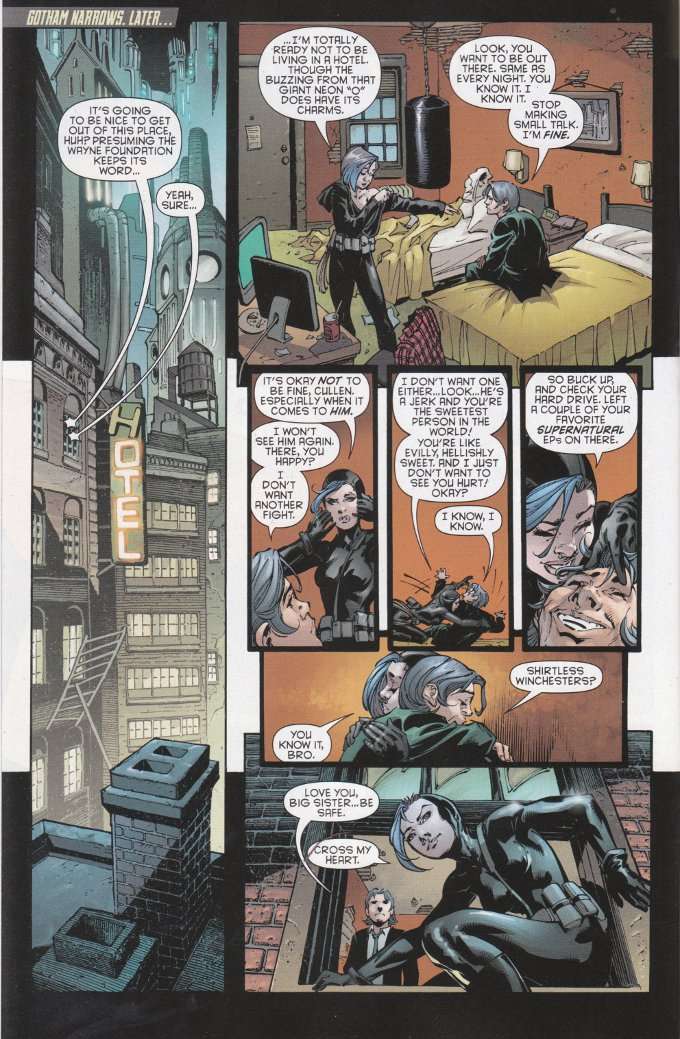 Thankfully, Snyder and Tynion's script - while showing us how awesome Harper is as she seeks to help Batman - seems to hang a lampshade on the idea of Harper being adopted into the Bat Family in the wake of recent events.  And while Bruce's state of mind and many of the events here do mirror the circumstances in the early 90s which led to Tim Drake becoming Robin, Harper wants something different for herself than to become just another mask.  So, as before, she finds a way to help Batman that has little to do with throwing punches and instead gives him what he needs to continue his work. 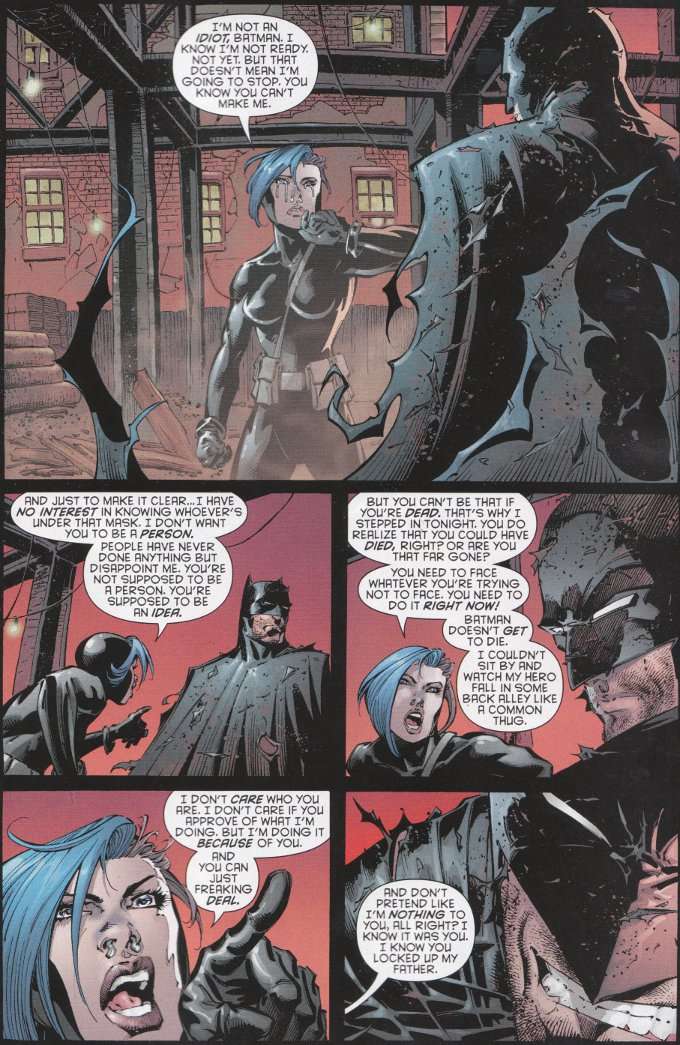 Greg Capullo takes a break from the artwork this month, replaced by two equally able artists.  Part One of this story is illustrated by the legendary Andy Kubert, with inks by Sandra Hope.  The second chapter is penciled and inked by long-time Daredevil artist Alex Maleev.  Both are good art teams but I must confess to having a preference to Maleev's style as it seems a better fit for the world of Gotham City.  Regardless of preference, this is still a beautiful, well-written comic and a fine one to read on the odd-chance you have yet to start reading Batman on a regular basis.
Posted by Starman at 7:38 AM