Dresden Files: Ghoul Goblin #3 is light on action but heavy on drama and comedy.  Your enjoyment of this issue may be entirely dependent upon how much tolerance you have for Harry Dresden snarking as the whole world is turning against him.  Of course if you didn't enjoy that sort of thing, the odds are you wouldn't be a fan of this series in the first place. 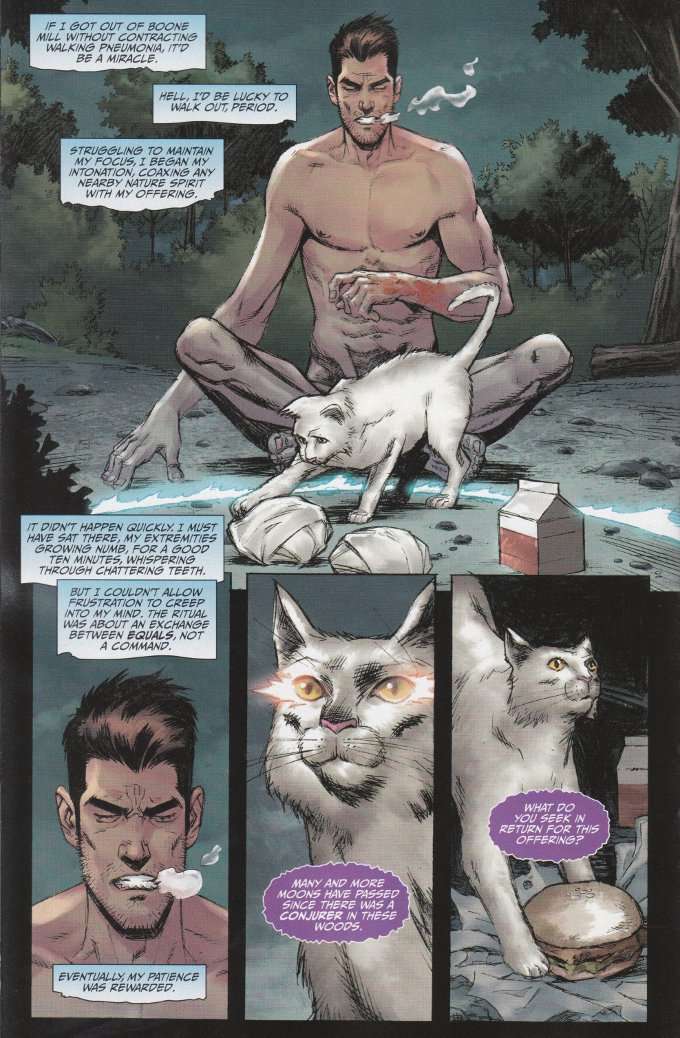 The plot thickens as wizard/detective Harry Dresden doubles his efforts to aid a family in ridding themselves of a supernatural curse. We see Harry work some serious magic this time, evoking spirits to gain information while risking pneumonia (Unlike most magic, communing with nature spirits DOES require the mage to be naked in the woods).  By issue's end, we see Harry confront another supernatural menace we've never seen before in The Case Files in a scene that promises the next issue will open up with the action that this issue lacked. 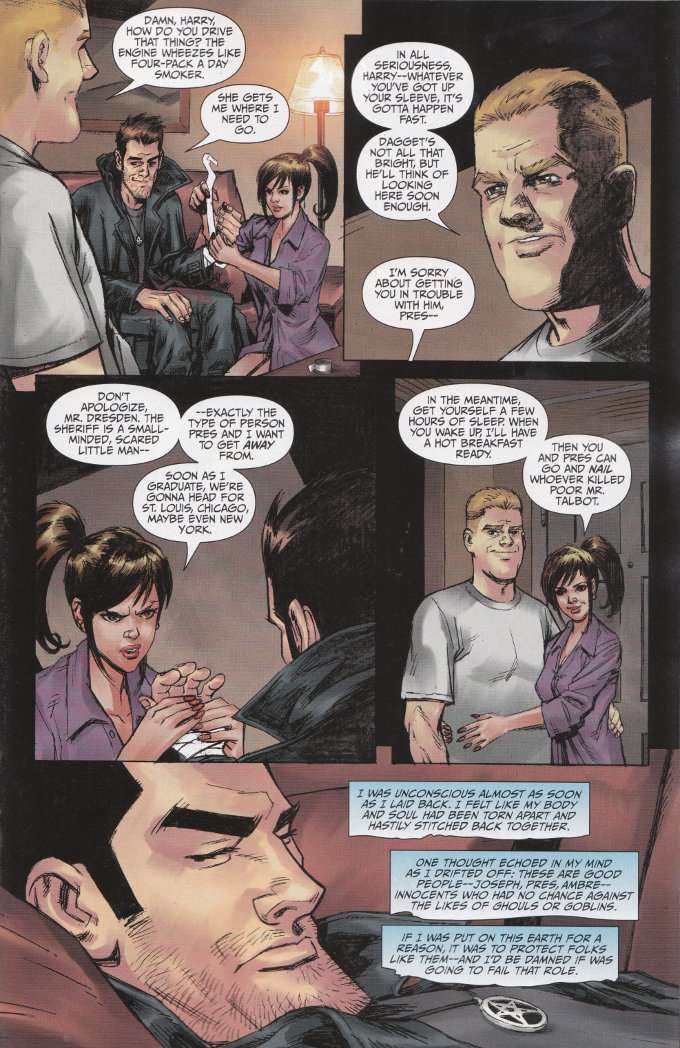 The artwork by Joseph Cooper continues to impress.  All the character designs are unique and distinctive, so there's no confusion about who is who - a problem that existed in previous Dresden File graphic novels.  The flow of the story is well-depicted, though this issue seems somewhat slow since most of the action involves Harry investigating and talking to people rather than making things blow up.  Get past that though, and this book's an enjoyable read.
Posted by Starman at 7:08 PM