It is a rare thing for an epic story to be easily accessible to new readers.  Yet Demon Knights #18 manages to be that as well as a ripping yarn.  The story thus far is quickly explained in the opening pages, as The Demon Etrigan - long sidelined from the action - is informed of the vampire army converging on the Amazon homeland and his need to aid his former comrades in thwarting them. 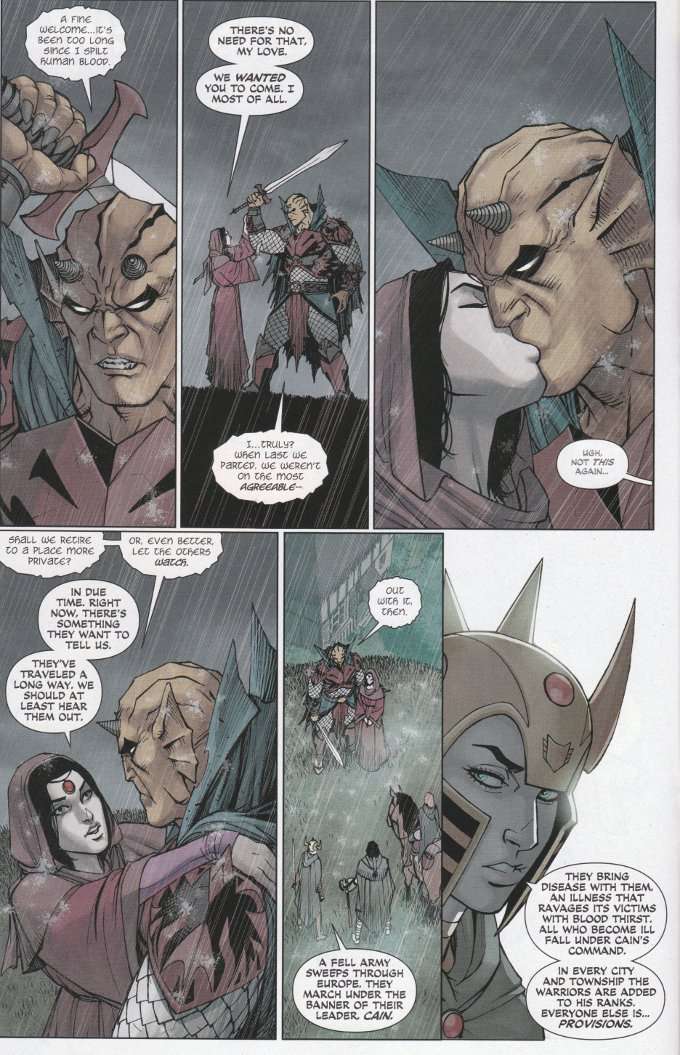 There's many admirable moments in Robert Venditti's script but my favorite involves Jason Blood and his efforts to weaken Etrigan by forcing himself to endure the worst that Hell has to offer so he can shut The Demon off from the source of his power.  None can doubt Jason's courage and resolve after this issue.  His wisdom, however, remains questionable as he looks the Prince of Hell in the face and all but asks "What is the worst thing you can do to me?"  No doubt we'll get an answer to that question next issue. 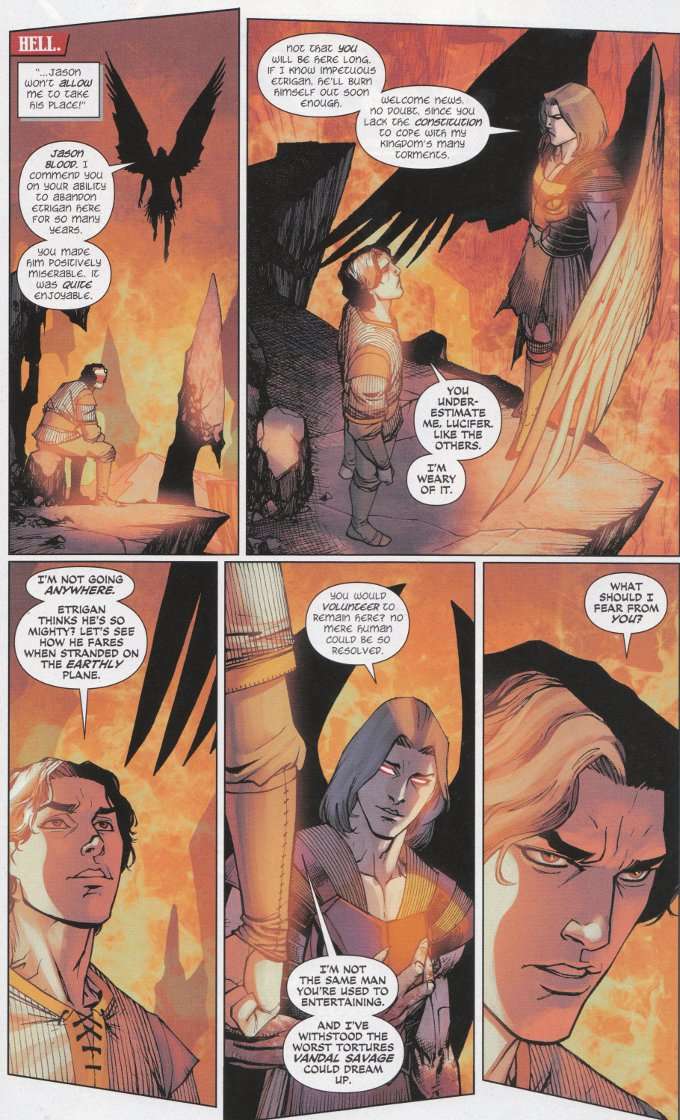 Bernard Chang's artwork remains strong, his pencils clear and his inks sparring.  This art is further bolstered by a palette whose muted colors suggest an age long-gone by.  Everything looks gorgeous, working in concert to create a pretty picture overall.  If you have yet to give Demon Knights a chance, this issue is the perfect one to start with.
Posted by Starman at 8:00 PM