So here we are.  The first issue of Batgirl not written by Gail Simone since The New 52 revamp.  What was meant to be Ray Fawkes' first issue on the book.  At least, what was going to be his first issue before a fan uprising forced a reversal of whatever decision caused Gail Simone to be fired from this book in this first place and led to her rehiring and impending return with the upcoming Issue #19.

Did we dodge a bullet?  Yes and no.  While I'm a brazen Gail Simone fanboy and have loved her work on Batgirl, Fawkes' work here isn't bad.  The plot, detailing Barbara's efforts to bring her murderous brother to justice and clean up the other wreckage of her life following the events of Death of the Family. is a solid one.  More importantly, Barbara is still the brilliant genius she should always be portrayed as.  Indeed, Fawkes plays up an aspect of Barbara's character that is often under-utilized - her photographic memory - and shows her using it in a way to help the police that doesn't involve putting on a mask or vaulting along rooftops. 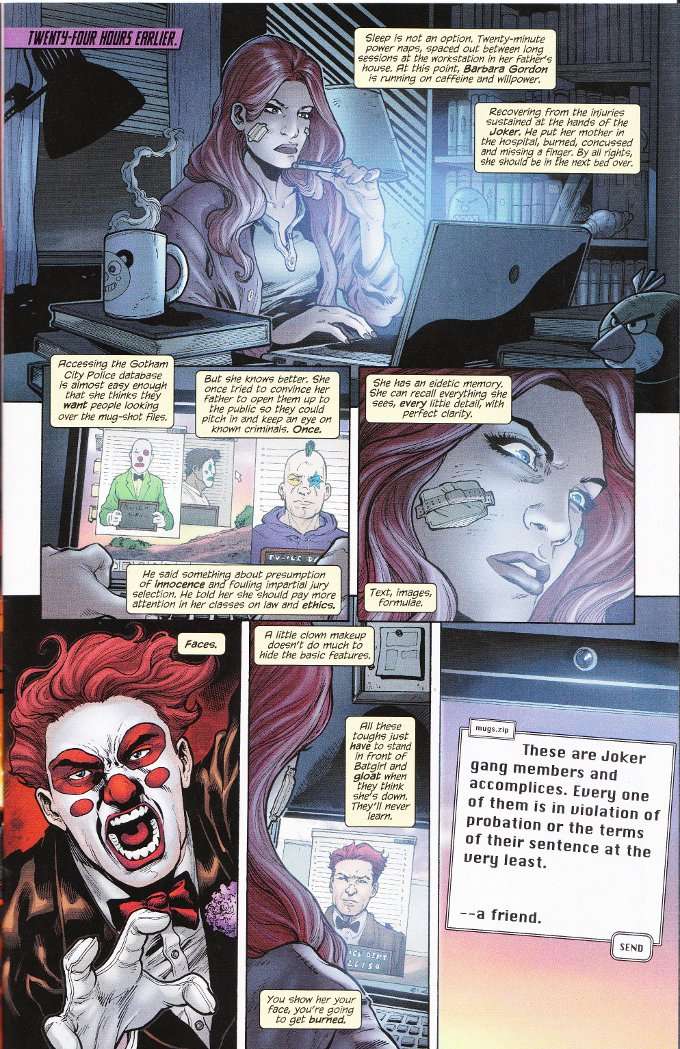 So what's the problem?  Well, it's a minor point but a significant one.  Until now, all of Batgirl's stories have been told from Barbara's point-of-view.  This issue switches between two narrators and neither of them is Barbara.  The first is the typical unseen voiceless narrator common to comic books, who tells us what Barbara is thinking and doing rather than letting Babs tell us herself.  The second is James Gordon Jr, who narrates the action as he observes his sister in the second act.  The sudden shift in tense between narrators is awkwardly handled and there's no indication of the change in the text, the font or the coloration of the text boxes. 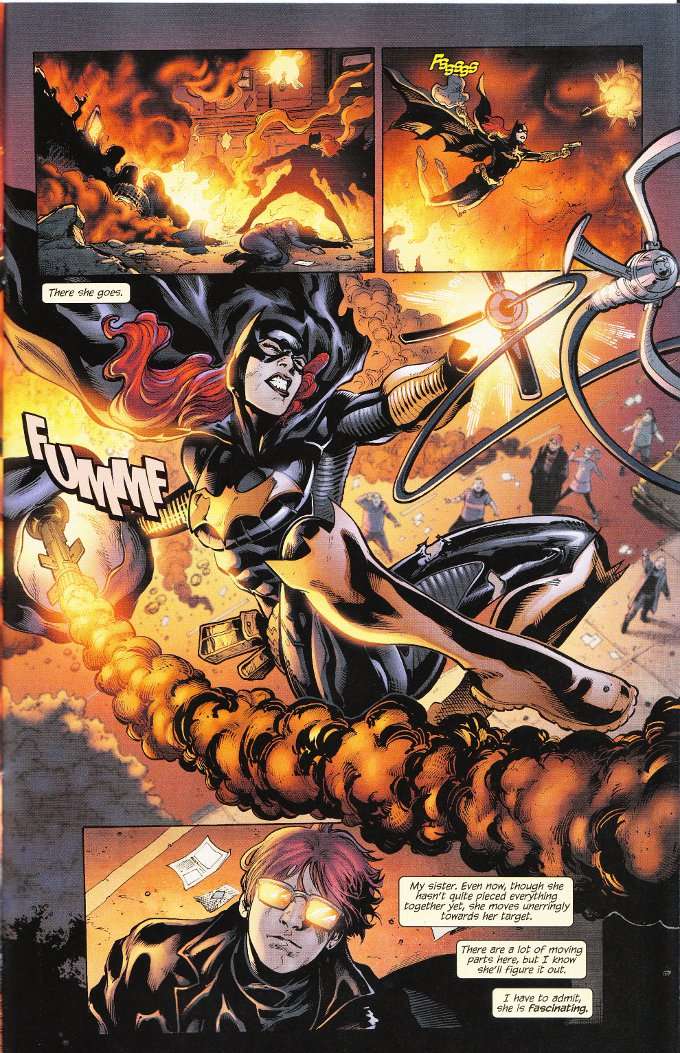 Thankfully, the art is as strong as ever.  Daniel Sampere and Vicente Cifuentes lend this book a visual sense of continuity that helps ease the reader through any oddities in the script.  Simply said, this book is gorgeous and still benefits from some of the finest artwork you can find in any monthly comic title.

Is Batgirl #17 worth picking up?  I'd say so, even if you aren't inclined to keep your collection complete.  While the narration is a tad off-putting, it's not enough to distract from the good story and amazing artwork.  Hopefully Ray Fawkes will find his footing elsewhere because there is far more good in this script than bad and he deserves a chance at a monthly title elsewhere.
Posted by Starman at 8:43 PM