I never had the chance to review Red Sonja: Blue, coming out as it did in the middle of a summer when I was short on cash for new comics and and short on time for writing.  However, I did eventually pick up a copy of it and was greatly amused by fantasy author Peter V. Brett's examination of the Red Sonja mythos and a charming tale that turned the traditional sword-and-sorcery story on its' head.  Red Sonja: Unchained picks up right where Red Sonja: Blue left off, neatly summarizing the story of that one-shot for those who missed it.

In brief, Sonja was hired by an innkeeper to save her virgin son from being sacrificed by an evil wizard.  Sonja won the day but her infamous armor was ripped in the process and she fashioned a new outfit for herself from the blue fur of the demon she slew.  She was ready to settle down for a long winter, guesting with her client while waiting for her armor to get repaired, when the adventure-minded stable boy she'd rescued challenged her to a duel while she was drunk.  His intent was to defeat Sonja in battle and win her heart, so that he could run away from his mom and go live a life of high adventure. 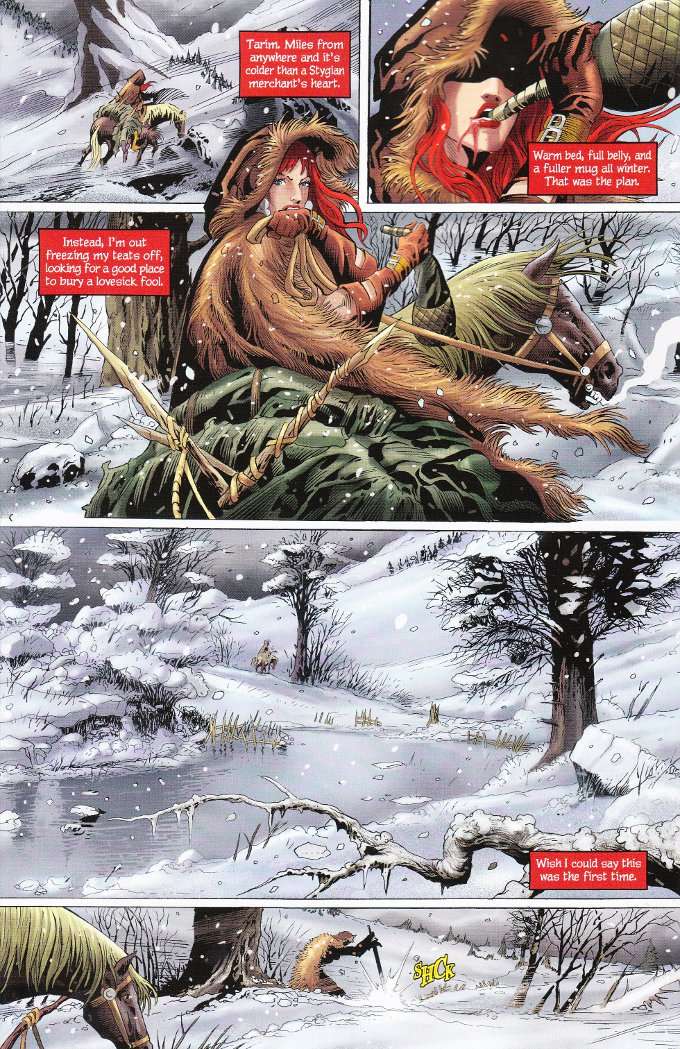 Sadly - for him - annoying Sonja when she's drunk is one of the most common forms of suicide in Hyboria, second only to stomping on snakes in Stygia.  As this story opens, Sonja is arranging for a fast exit from town and a decent burial for the village idiot.  Naturally Sonja doesn't stay at liberty for long, running across a scholar in search of treasure being harassed by bandits.  One fight scene later, Sonja is employed again and on her way to some cursed tomb full of lost lore and treasure.

Peter V. Brett's script is engaging, presenting Sonja as an interesting and conflicted heroine.  While Red Sonja: Blue explored the expectations of Sonja as both a woman and a warrior and set her against her own legend, Unchained offers us an introspective look at Sonja's soul.  Despite this more thoughtful tone, this issue still has action aplenty, ably illustrated by Jack Jadson. 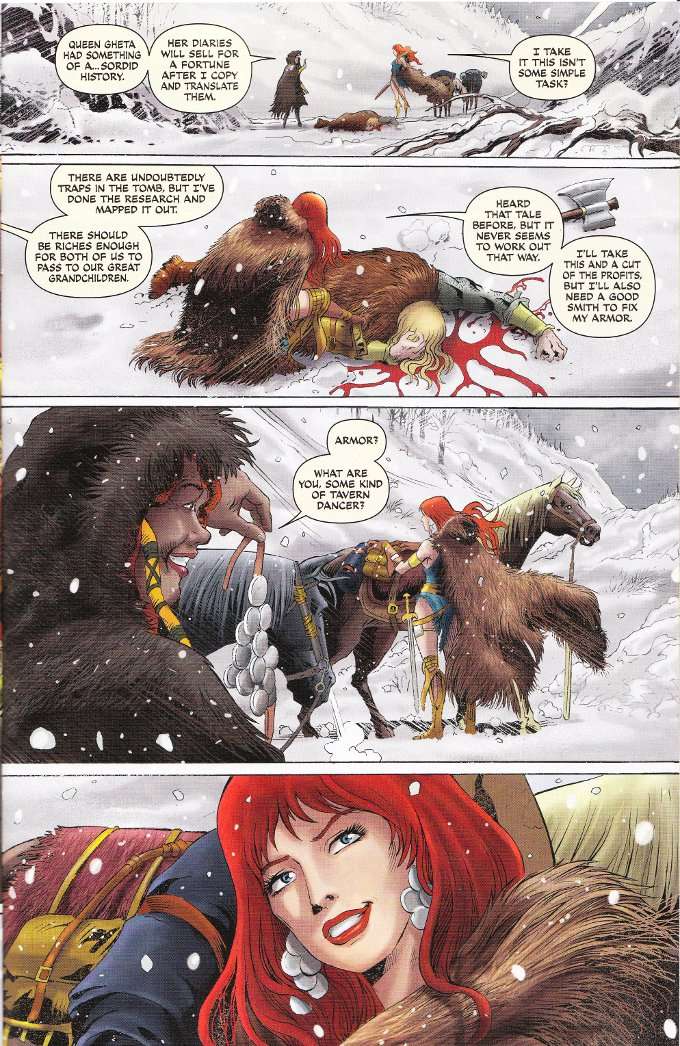 If you haven't given Red Sonja a shot before as a character, this would be a fine story to start with.  The artwork avoids the cheesecake that so frequently plagues Sonja's titles and the story is an interesting introduction to Sonja's character.  All in all, its a fine effort that leaves me anxiously awaiting the next issue.
Posted by Starman at 9:47 PM