I downloaded the digital edition of Batman #17 the day of its' release, after being shocked into action following a rather horrific preview which suggested something rather unpleasant about the final fate of the abducted Alfred Pennyworth.  Since that time, I've struggled to find the precise words to summarize this book to someone who has not been reading the Death Of The Family saga so far.  There are no words. 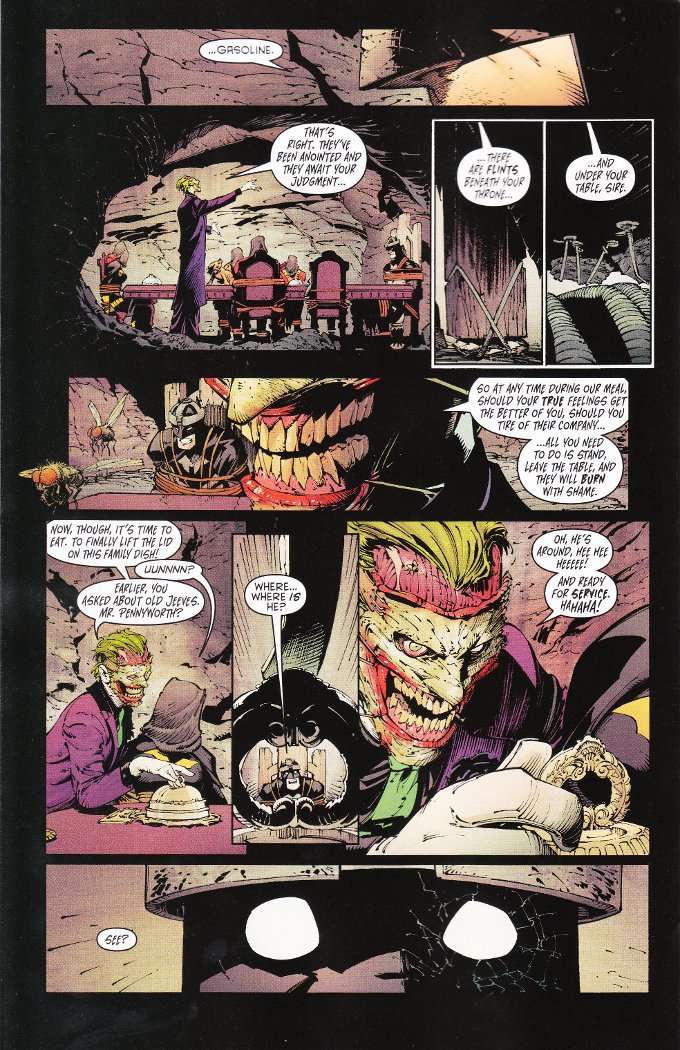 What can I say to convey how splendidly Scott Snyder has captured the essence of The Joker, moving him beyond the static serial killer I feared he was stuck as and turning "Mistah J" into an unpredictable force of chaos? How can I encompass how he explores the duality of Bruce Wayne's nature and turned it on its' head using The Joker as a dark mirror?  How many more alliterative adjectives must I discover to describe the glorious Gothic grotesque grandeur of Greg Capullo and Jonathan Glapions artwork?

Nothing.  There is nothing I can add at this point.  Either you will read Batman and enjoy it or you will remain woefully ignorant.  The rest is silence.
Posted by Starman at 8:32 PM