Dresden Files: Ghoul Goblin #2 is a lackluster follow-up to a promising first issue.  It's not a bad comic but there's very little action and a lot of talking-heads moments.  I suspect this entire series will read better once collected as a single graphic novel rather than as a monthly comic. 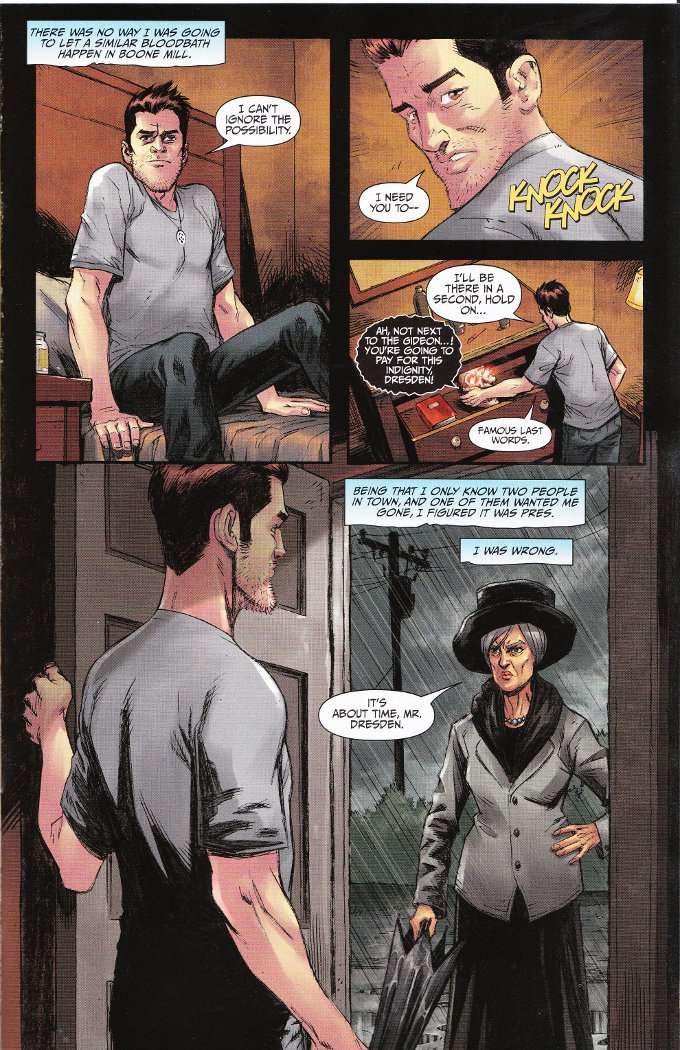 Little happens in terms of the plot this time around.  The most interesting bit comes at the end, when Harry has his first encounter with the titular ghoul.  Before that is more of what one might expect with this sort of story - Harry being ordered to get out of town by the corrupt/incompetent sheriff, Harry being rehired by the town mayor and a fair bit of political intrigue involving the cursed family Harry is investigating.

I'll give Jim Butcher and Joseph Cooper credit for this much - at least there aren't any werewolves involved, which I fully expected after I realized the cursed family was named Talbot.  And there is plenty of the standard Dresden wit, which is the only thing that makes all the talky moments tolerable.  Of course there isn't enough of Bob The Skull for my tastes but there rarely is. 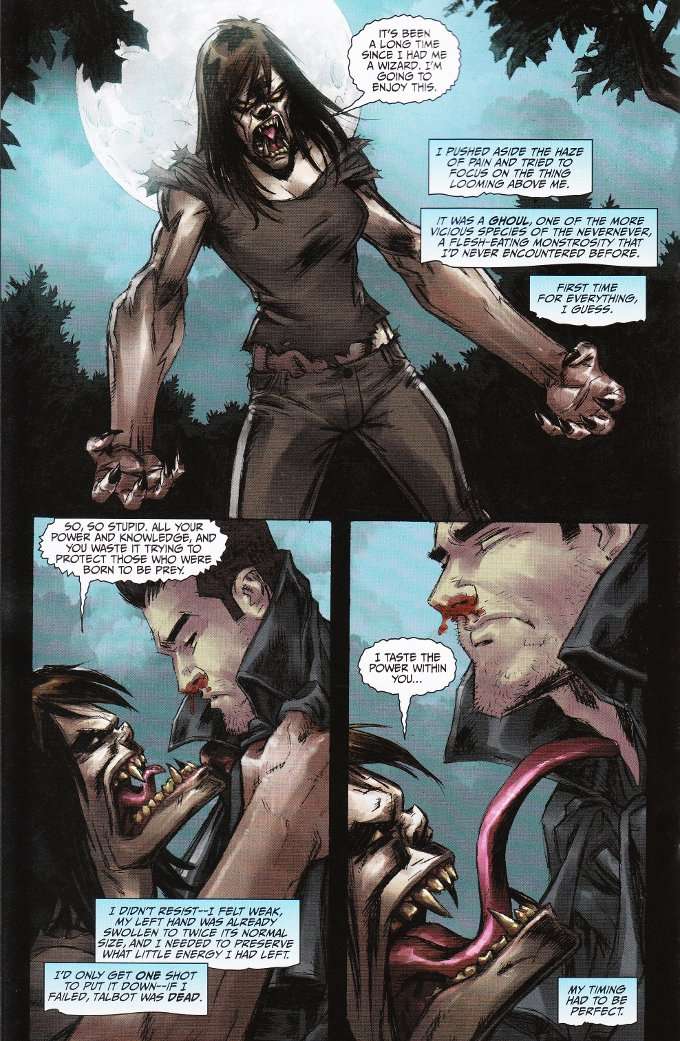 The artwork by Mark Powers is still top notch, though.  The character designs are unique and memorable, with Dresden looking pretty much as I've always pictured him based on the descriptions in the books.  Heck, I've got a clear picture of what a ghoul looks like for the first time ever!

Still, I think I'll wait for the trade to collect the rest of this series.  The pacing is a little slow for what I consider acceptable in a monthly comic.  It's well worth picking up if you're a Harry Dresden fan who can't wait for the finished tale but it's just not my cup of tea.
Posted by Starman at 9:28 PM