Sometimes the gods are kind to me and they send me a book that is easy to review.  Often times, this is because the book is a joy to read with an amazing script and wonderful artwork.  In those cases, the words to describe the book's glory flow from me like wine.  But there are other times when the comic is terrible yet still easy to review.  On those occasions, the flaws of the book are so apparent that it is simplicity itself to lay the problems bare for my readers.  Arrow #24 is a prime example of the later case. 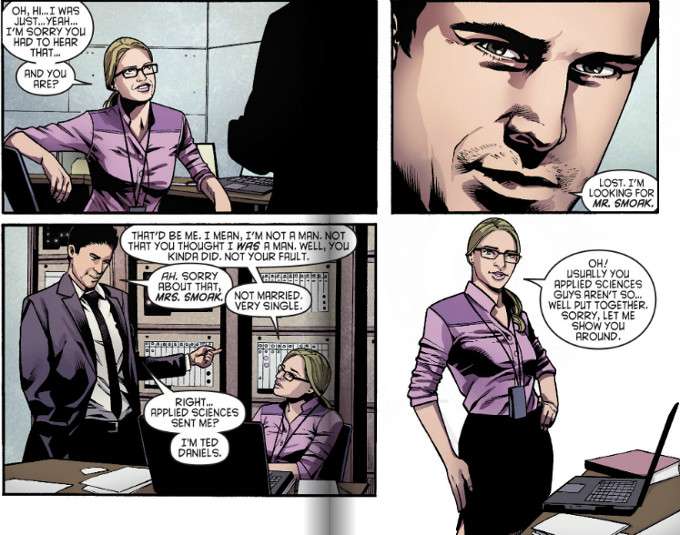 The plot of this issue is the worst kind of cliched tripe.  A hot new guy in the IT department shows an interest in Felicity.  It turns out he's a terrorist trying to hack into the system through her.  Ollie shows up in the nick of time to save her.  Blah.  Blah.  Blah.  I've complained before that Felicity Smoak is not a character so much as she is a breathing plot device and this story is a prime example of my problems with the (lack of) character.

There is no depth to Felicity.  She's a cliche.  A stereotype.  A Hollywood idea of what computer geek girls are like.  At best, she's a tool for the writers to use to explain away dodgy science or speed up Oliver's investigations.  At worst - as is the case with this story - she's a damsel in distress for Oliver to rescue. 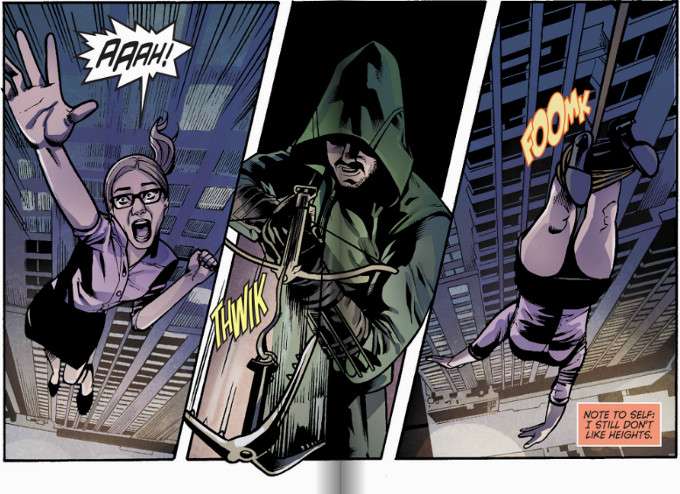 The artwork - provided by the same creative team responsible for the now infamous Arrow #20 - is equally disappointing.  For the most part, it doesn't look bad but there are several panels where Oliver is depicted without a quiver.  There's also some whopping-big continuity problems in the later part of the story, where Oliver is depicted using a crossbow with a grappling line that is far too large to fit into his quiver... at least based on the panels where we DO see his quiver.  Where did he get that wonderful toy?  That's as big a riddle as how he was able to shoot a grappling hook at Felicity and lasso her legs instead of impaling her.

I do love Arrow and I'm looking forward to tonight's new episode.  But please - for you own good - skip this week's web comic.
Posted by Starman at 2:44 PM