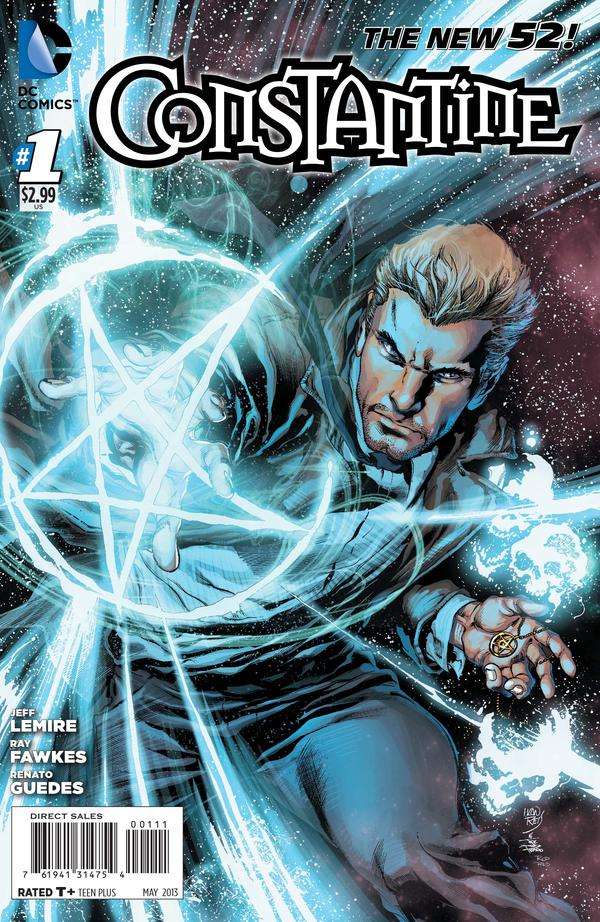 There was a great deal of nay-saying when it was announced that Vertigo Comics would bring Hellblazer to an end in favor of a new John Constantine title set in the main DC Comics universe.  Breasts were beaten and teeth were gnashed as comic fans took to the message boards to howl about how this was the end.  Surely DC Comics would make John give up the Silk Cut and Guinness in favor of nicotine gum and a glass of milk!  He'll be palling around with Superman instead of hanging around with the dregs of the magical world!  Why, he'll probably even be telling kids to do their homework and eat their vegetables instead of summoning demons and tinkering with things best left untouched!

Naturally this was a load of bollocks to any of us who had seen John's appearances in Justice League Dark, I Vampire and Sword of Sorcery.  Nothing so petty as an T + rating can contain the sheer awesome that is John Constantine.  Besides, if there's anyone who knows how to work around the rules to do the unexpected, it's ol' Con Job and any writer worthy of writing him should be of a similar mindset when it comes to pushing boundaries. 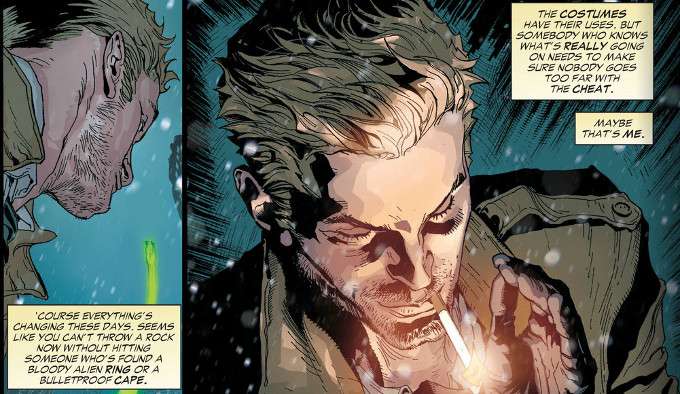 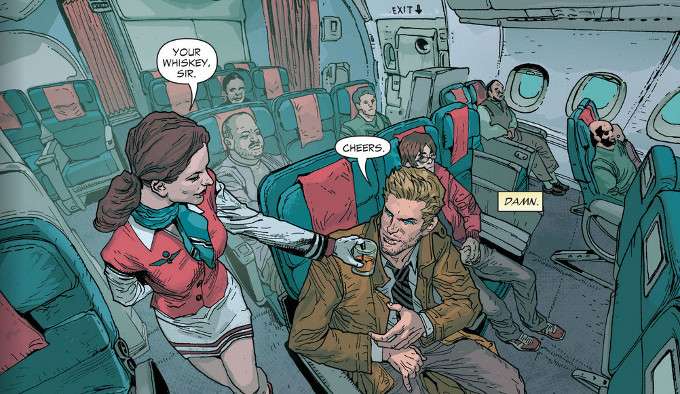 ... John Constantine being involved in some gloriously gory deaths... 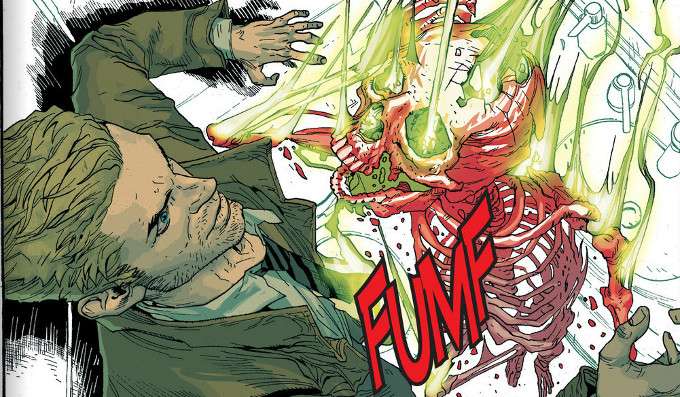 ... and John Constantine sacrificing his friends to save his own hide. 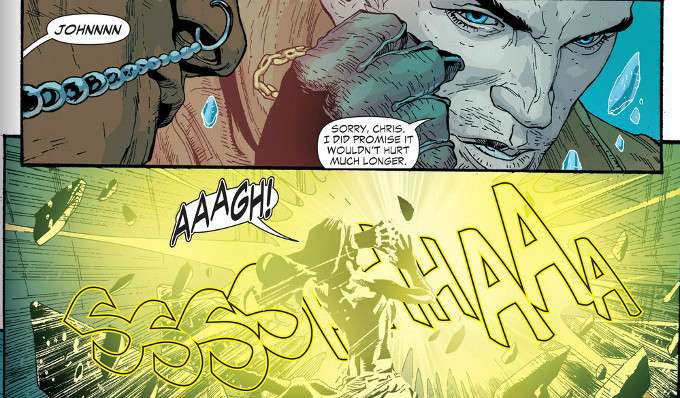 Take it from the man who read damn near every Constantine story there is and wrote the episode guide - this book is vintage Constantine.  You're a bloody fool to pass on it because it's a little toned down.  Trust me - this is the same Laughing Magician we all know and love even if he can't drop the F-Bomb or strut around naked.  The world of John Constantine is as horribly messed up as you remember and this book is a damned good sign of things to come.
Posted by Starman at 4:39 PM