Conan The Barbarian #12 - A Review

I'd complained in recent months that Conan The Barbarian had become something close to a talking-heads comic.  What little action existed was sparse and it seemed that we had more pages devoted toward Conan and Belit talking about their relationship than we had honest action.  That changes with this issue, though the opening does start with Conan brooding on his own in a tavern.  This time, however, Brian Wood is quicker about getting on with the story and we see more of the ready wit that lies at the heart of Conan's character. 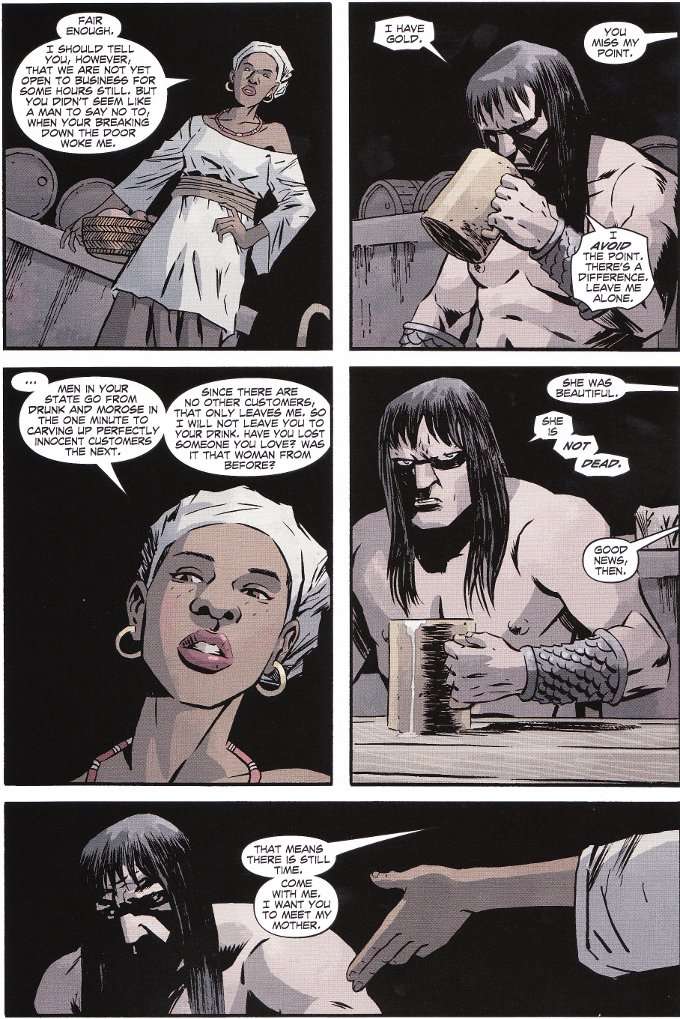 I am somewhat torn on Brian Wood's script in one regard.  While the plot regarding the sickly crew of The Tigress is played-out well and the action scenes in the second act are well-paced, I am concerned about the surprise revelation that is tossed out at the end of the comic.  I cannot even hint at it without spoiling all, so I'll say nothing here.  Suffice it to say, it is bothersome that we only see this part of the story from Conan's point of view and not from Belit's as the tragedy involved touches her even more deeply than it does our favorite barbarian.  Hopefully we'll see things from Belit's perspective soon, if not in the next issue. 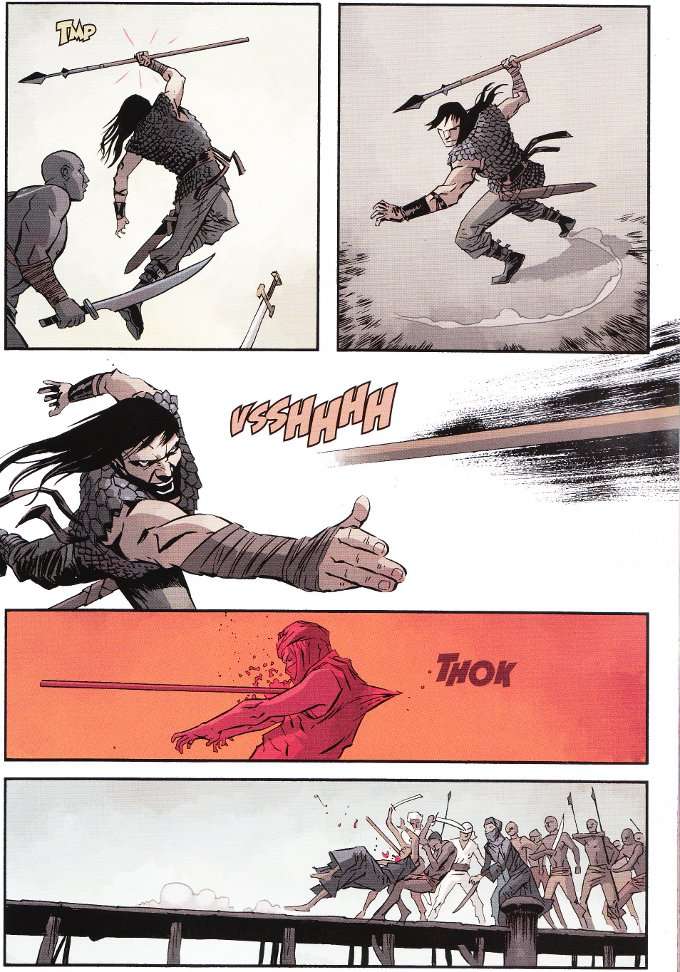 Declan Shalvey's artwork is as amazing as ever, simple without being simplistic.  The inks and shadows are largely kept light, giving all the artwork an appearance not unlike that of painted woodcuts.  The coloring by Dave Stewart helps throw the action into sharp contrast, accomplishing with one tinted panel what a pint of drawn blood can not.

Conan the Barbarian is still a worthy read, though a slow-paced one that reads better in trade collections than as a monthly comic.  Brian Wood touches upon these classic characters with a thoughtfulness unseen since the days of Kurt Busiek.  The artwork by Declan Shalvey is top-notch.  Still the finest fantasy comic on the market, despite my issues with the pacing.
Posted by Starman at 2:51 PM