I'd been looking forward to this issue for a while and not just because it's the only thing from DC Comics I picked up this past week that wasn't part of a crossover!  As a Paul Cornell fan, I was anxious to see if this book - which was his baby - was still being written at the same level of quality to which I've become accustomed.  The answer, thankfully, is yes and while this first issue under author Robert Venditti is a bit of a slow-starter after the climactic conclusion last month, there is reason to believe it will build toward something greater. 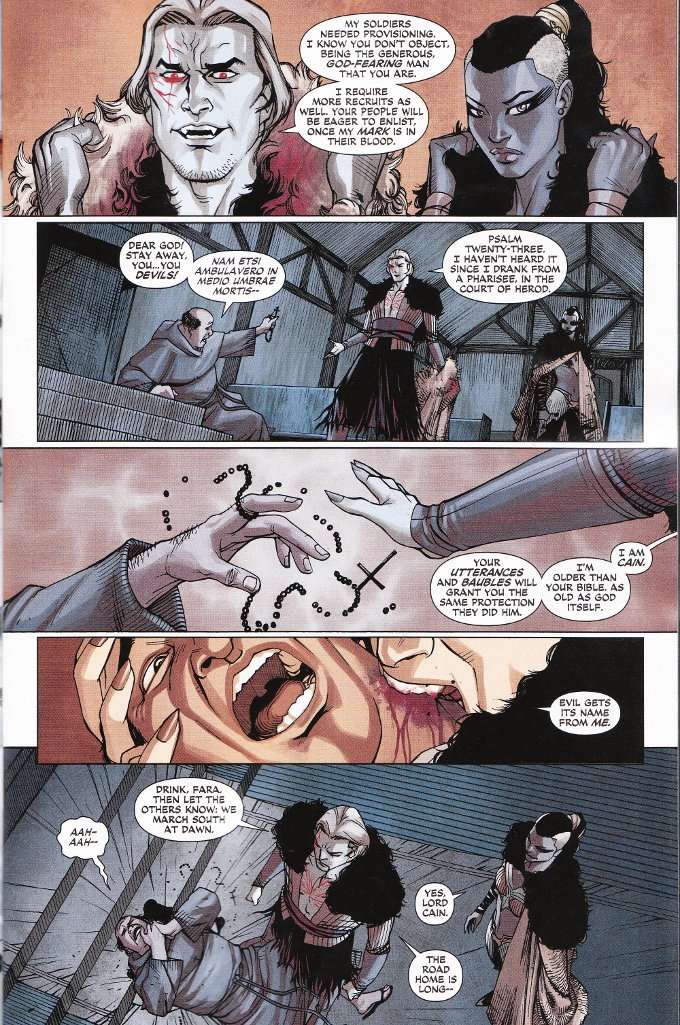 Our new main villain is quickly established as Cain - lord of the vampires.  (If you're suddenly feeling an urge to put on a black cloak and grab some ten-sided dice, I feel your pain - Malkavians forever!)  He and his hordes of darkness are Working Up A Number Six on medieval Europe - a fact that has not got unnoticed by the Muslim scientist Al Jabr,  Now Caliph of his own city, Al Jabr has gathered many of his old colleagues to make a stand against Cain before he reaches his apparent goal of Themysira.  For Cain's right-hand is an Amazon and if she can guide the way to her sisters and they could be turned, the whole of the world might fall prey to the vampire armies! 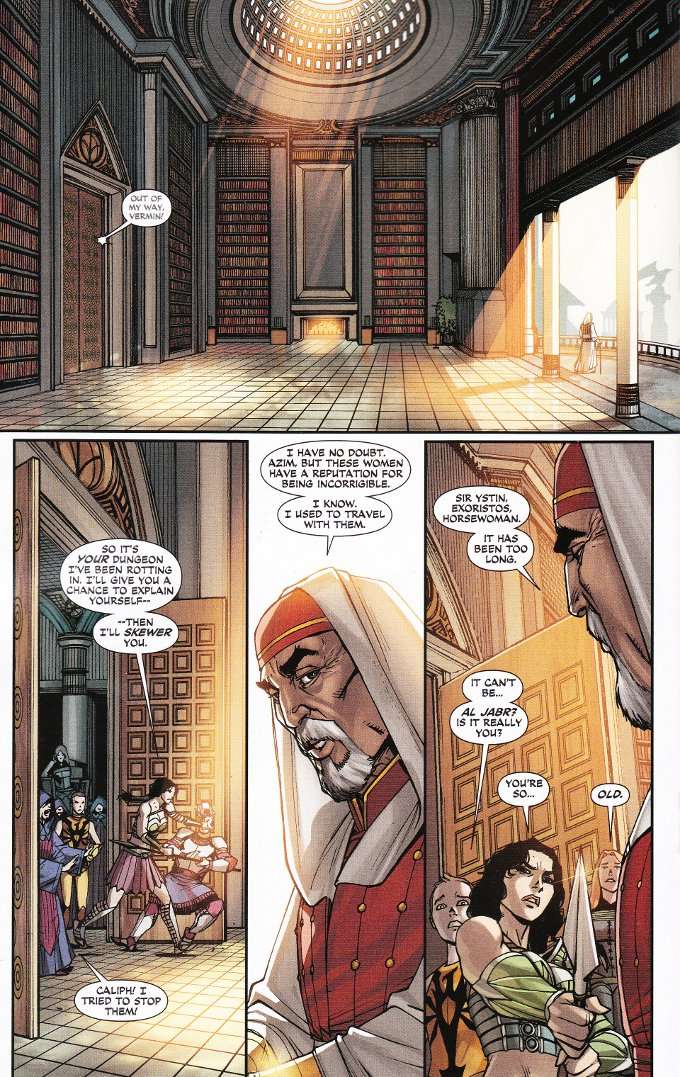 Bernard Chang's artwork lends a welcome sense of continuity to this story.  It is a comfort to see this book looking as excellent as ever after the sudden jump-forward in time.  Chang's art subtly reassures us that despite the separation of much of our cast that there is still a book here worth reading.  If you haven't given Demon Knights a chance yet, this is the perfect time to try it.
Posted by Starman at 3:28 PM