With Green Lantern #16, the Rise of the Third Army storyline is finally starting to move somewhere.  Despite the larger plot dominating the story, Geoff Johns still manages to infuse this issue with the wonder that lies at the heart of the Green Lantern concept.  He also adds several of the the quiet character moments that are his trademark. 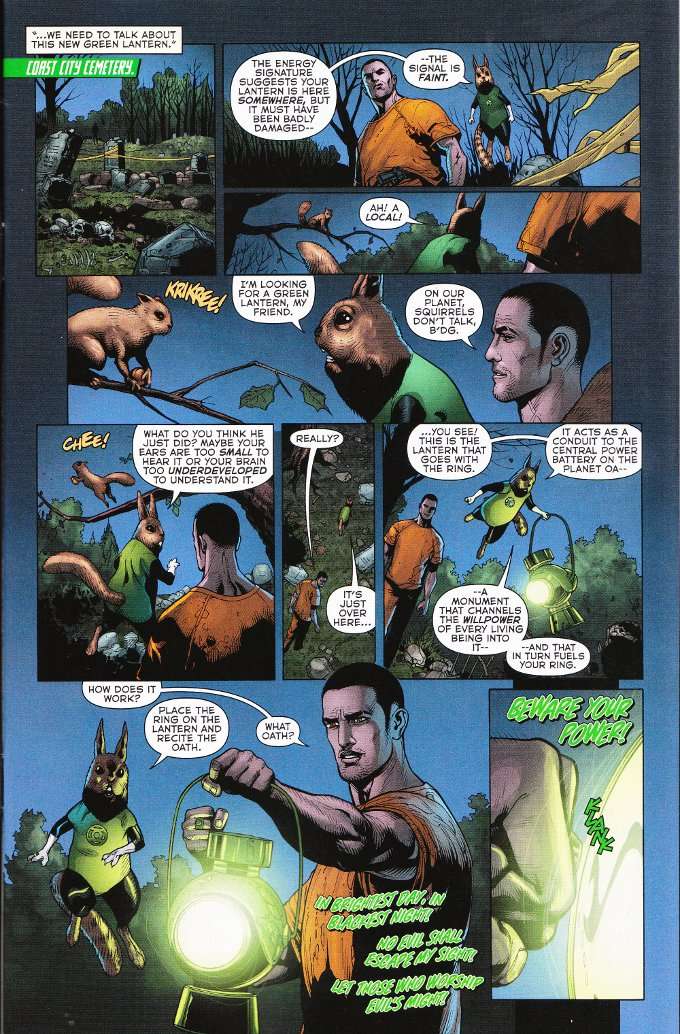 Case in point: B'dg - an alien who looks something like a cartoon squirrel, has the ability to communicate with squirrels if not other wildlife.  It's a small point and it's been raised before in other Green Lantern stories but I just love the idea that there are Green Lanterns that have superpowers apart from those they gain from their rings.  I also love how they might not even consider what they can do a superpower because everyone on their planet can do what they can do..

A similar scene later centers around newbie Green Lantern Simon Baz attempting to use his ring to heal his best friend, who is in a coma.  A Green Lantern ring is supposed to do whatever the wielder wills - why not heal the incurable?  Johns has been pushing this idea since the New 52 revamp but never quite so effectively as he does here. 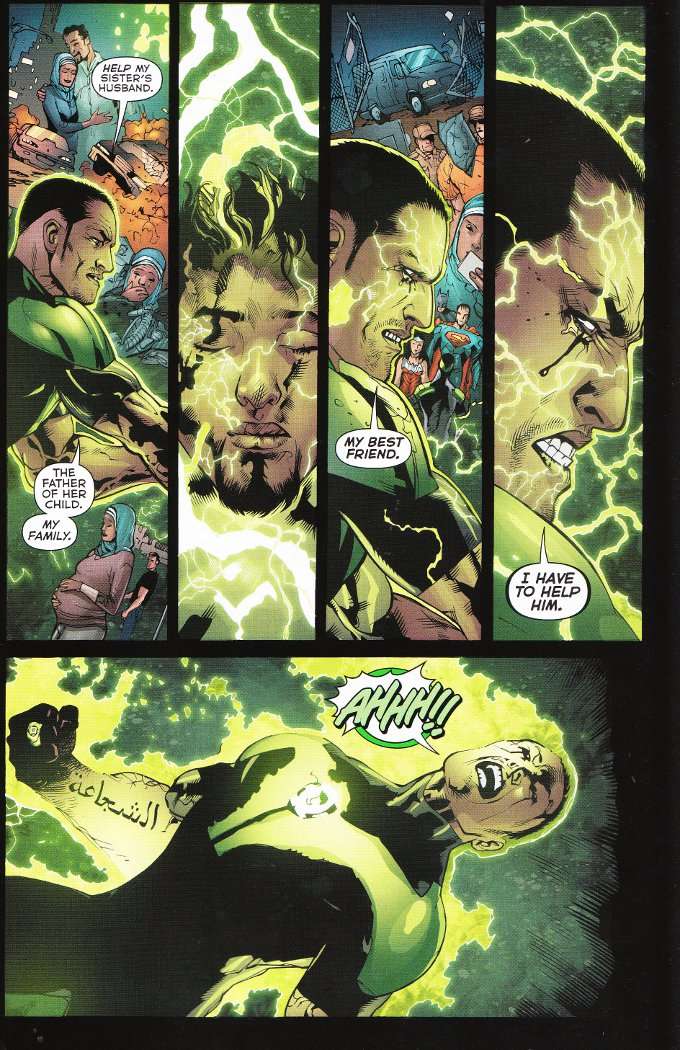 The artwork by Doug Mahnke and a team of five inkers is as wonderful as the script.  I've praised this book before as having one of the finest art teams in the comic world and I stand by that statement now.  Colorists Tony Avina and Alex Sinclair also deserve praise for giving this book an amazing visual glow.

If you haven't been reading Green Lantern, this is actually a good issue to jump on with.  Much of the on-going storyline is explained here and while there may be some points of confusion it's not enough to derail the main action of the story.  Highly recommended.
Posted by Starman at 7:59 AM