By chance I happened to converse with someone today who - in the middle of a discussion regarding what comic writers should be fired for gross incompetence- said that they needed to fire whoever "gave Guy Gardner his family back and fluffybunnified his dark and painful backstory."  Clearly they have not been reading Green Lantern Corps lately!  Given Guy's current status, I find it hard to compare Guy's lot in life to anything fluffy!

He was recently drummed out of the GLC after being set-up by The Guardians.  He was arrested on vigilante charges by the same dirty cop who got him kicked out of the regular police force.  And, oh yes, his abusive father STILL hates his guts.  Personally, I think the whole thing reeks of melodrama and I long for the days when Guy had worked past his family issues and became the man who did what was right without giving a damn what others thought.  At least Guy is still tough as nails and proving he doesn't need a ring to fight the good fight. 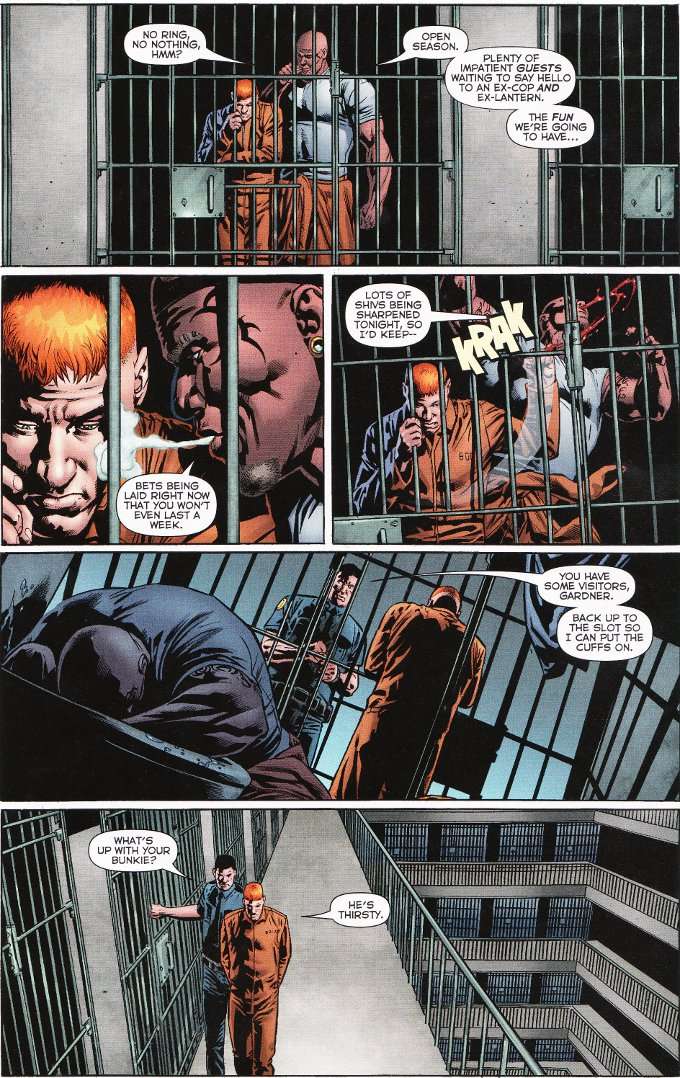 The Rise of The Third Army storyline continues to move apace, with more of our players beginning to team up with one another.  Simon Baz shows up in this issue and proves to be of a similar mind to Guy Gardner when the fighting starts.  We also see John Stewart piecing together that The Guardians are up to something on his own, as he works with the Star Sapphire Formerly Known As Fatality to restore the remains of Mogo - The (Ex) Living Planet.  Peter Tomasi balances all these storylines with his usual able ability to balance action, humor and drama in equal amounts. 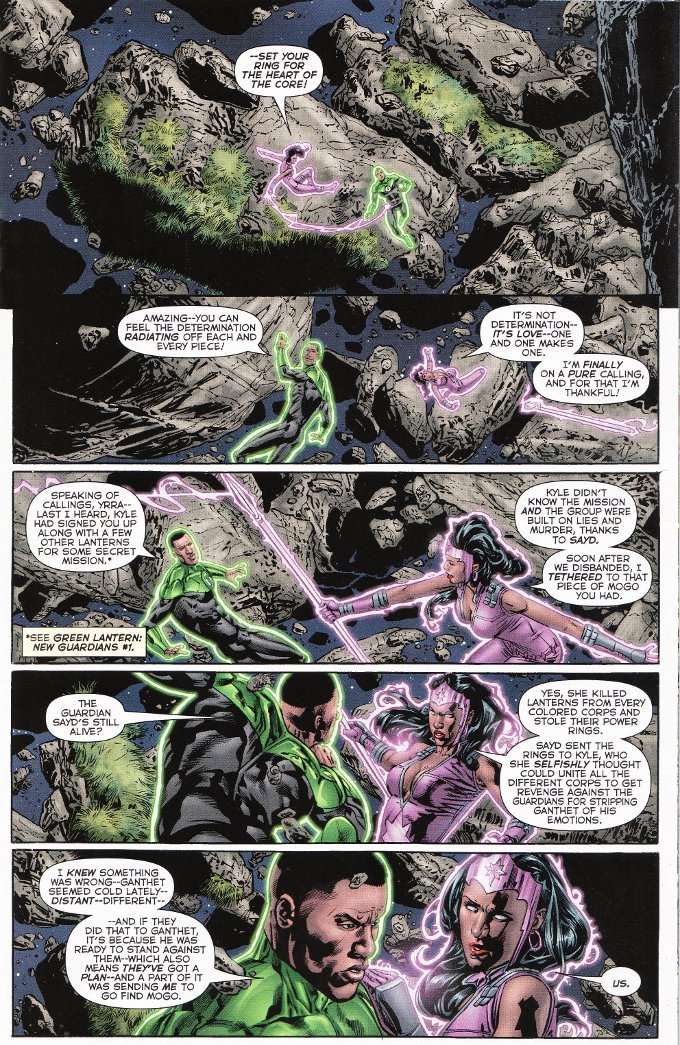 To my mind Fernando Pasarin is easily the most underrated artist working in comics today.  Look at the pages above and marvel at how much complexity Pasarin can work into a single panel.  Marvelous stuff, well-backed by Scott Hanna's amazing inks.  This is one of the best-looking books on the market today and it's easily the best of the Green Lantern titles.
Posted by Starman at 10:26 PM