Batman #16 continues the conceit put forth in the opening chapters of Death Of The Family - i.e. that Batman is the King of Gotham and his rogues gallery make up a sort of demented court.  It's an idea that makes sense in the twisted mind of The Joker (the jester of the court, naturally) who has recruited his fellow baddies in remaking Arkham Asylum into a fortress worthy of their lord and master.  The main action of the issue centers upon Batman infiltrating Arkham  and working his way past the various traps and dangers. 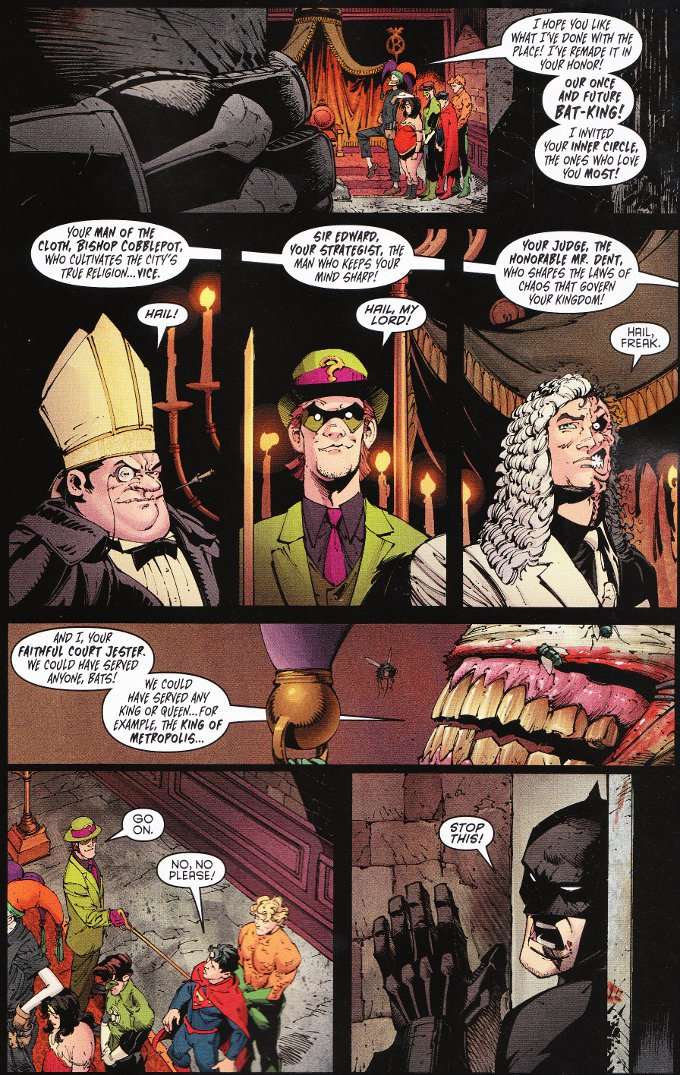 Scott Snyder plays the characters perfectly against one another and there a lot of great Joker lines and good character moments here.  Sadly, the new layer of paint does little to disguise the cliched plot.  How many Batman stories have involved the inmates taking over the asylum?  More than I care to try and count.  The back-up story Snyder co-wrote with James Tynion IV proves more interesting, examining the relationships between Batman's rogues in greater depth. 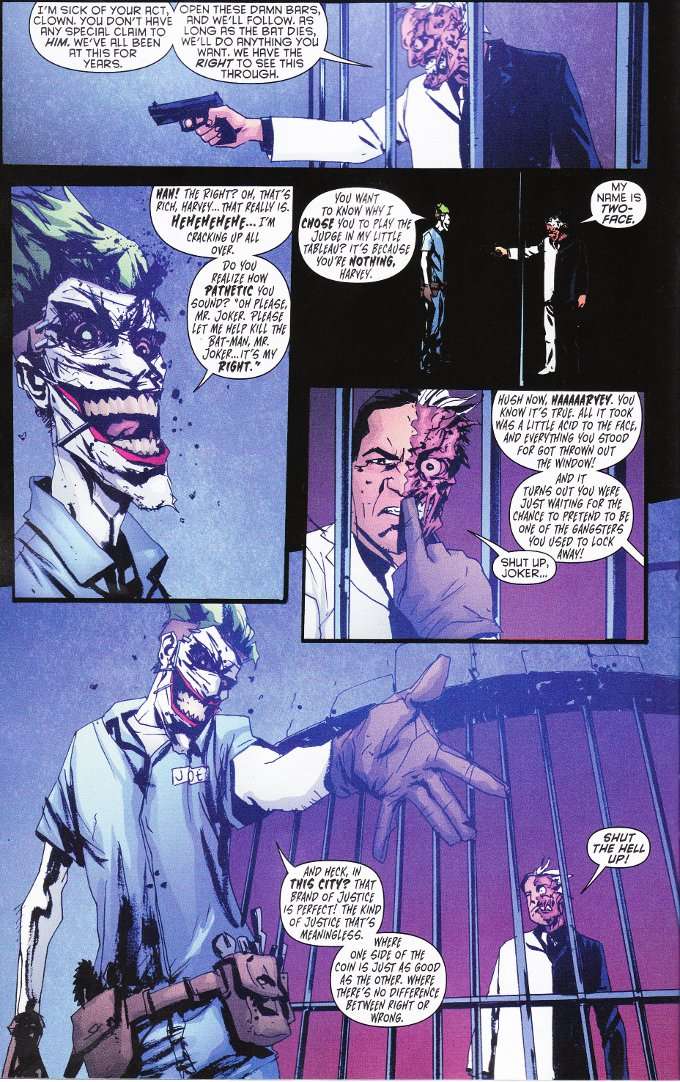 The artwork continues to be all-around excellent.  Former Spawn artist Greg Capullo continues to deliver some of the best work of his career, drawing upon his background in horror comics to depict a truly disgusting and nightmarish Joker, whose maggot-ridden face has begun to sprout flies.  The back-up story by Jock is also well-illustrated.

Despite an excellent script and amazing artwork, Batman #16 fails to overcome the feeling that we've seen this before.  It is not a bad comic by any means but we've seen the base story many times before even if the execution is top-notch.  Definitely worth a read, though you'll want to start with the first few issues of Death of The Family.
Posted by Starman at 5:29 PM