Conan The Barbarian #10 - A Review

As Conan The Barbarian #10 opens, Belit grows fearful that Conan may be getting tired of their life together.  She's certainly growing bored, as their reputation now inspires merchant ships to surrender their booty without a fight.  This state of affairs has made them wealthier than gods but holds little attraction for a warrior queen who lives for battle and she fears the same restlessness may drive Conan away.

Naturally Conan hasn't put as much thought into this, being a straight-forward man of simple tastes.  He is as content as any man of action may be when he's offered regular combat, decent food and drink, good friends and a girlfriend who spends much of her time lounging on her throne wearing nothing but jewelery and a sultry smile.  Naturally this state of affairs won't last and a chance encounter with an abandoned ship and a sickly prisoner promises horrors aplenty next month. 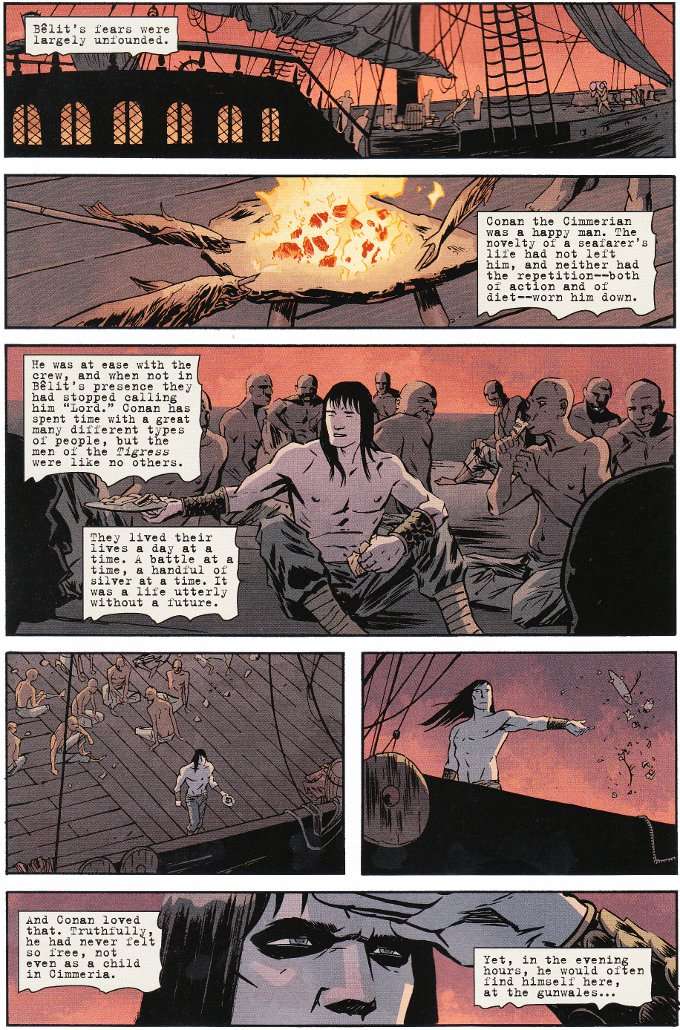 One might accuse Brian Wood of feminizing Robert Howard's famous pirate queen a bit much with her mooning in this issue.  Yet this faucet of Belit's personality does not seem untrue, considering Howard wrote her as similarly thoughtful and brooding in Queen of the Black Coast, as she pondered the nature of the gods and asked Conan for his thoughts.  And while Belit may voice concerns about herself and Conan to her shaman, she is no shrinking violet and is quick to call Conan out on his behavior and equally quick to action when needed. 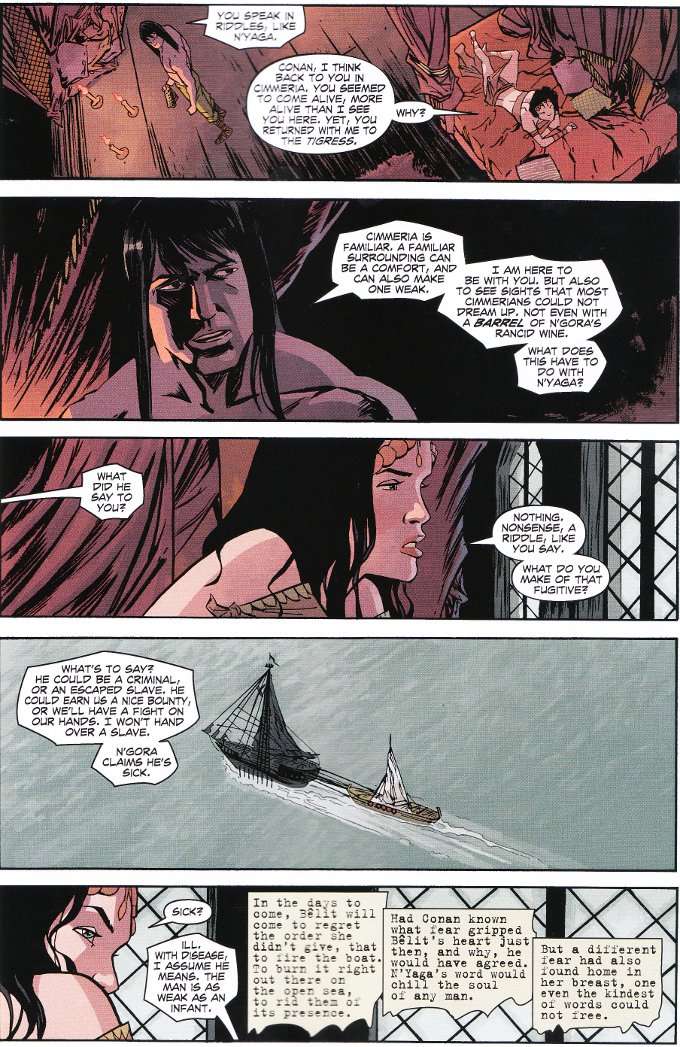 The artwork by Declan Shalvey is a step-up from the artwork seen in previous months, no less stylized but far less cartoonish and exaggerated.  Conan is once again lean and wolvish, as Howard described him.  Belit is a pale beauty, no longer white as a drowned corpse.  Skillful shadowing captures the somber mood evoked by Wood's script perfectly.

If you had told me a week ago that I'd ever have nice things to say about a Conan The Barbarian comic with more scenes of Conan and Belit talking about their relationship than scenes of our favorite Hyborian heroes kicking ass and taking names, I'd be forced to call you a liar.  And yet - here it is - a Conan comic that is virtually all set-up and no action.  And I enjoyed it, as I suspect you might too if you are a fan of low fantasy and high adventure.
Posted by Starman at 7:00 AM