Red Sonja #71 brings back artist Edgar Salazar.  And oh how sorely did I miss him last month.  Not only does Salazar avoid the gratuitous, nonsensical and anatomically impossible extremes favored by Marcio Abreu but he has a fine eye for detail and a gift for visual storytelling that sets the standard for all sword-and-sorcery artists. 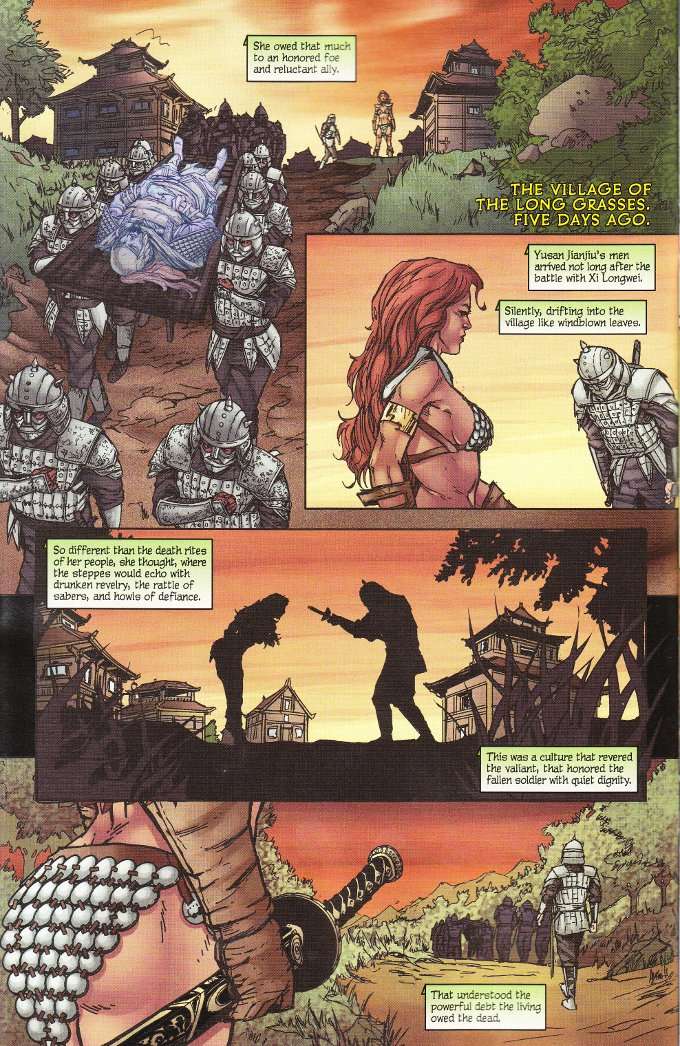 The final chapter of Swords Against The Jade Kingdom, Eric Trautmann's script is full of strong emotion and high adventure.  Having seen her rival of recent issues buried by the traditions of his people, Sonja turns her eye toward completing his mission and slaying the last of three shape-shifting sorcerer brothers who have plagued the land of Khitai for many years.  Sonja is portrayed consistently throughout as strong-willed and strong-armed - a true warrior. 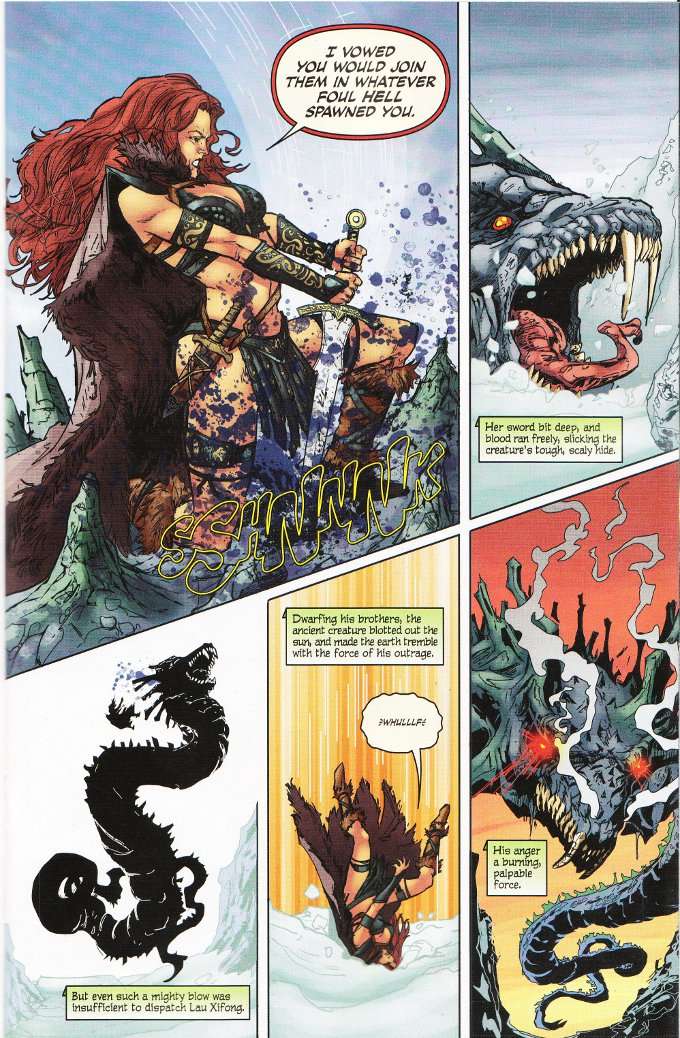 I read recently that Eric Trautmann will be leaving this title soon.  More is the pity, for he's the best writer Red Sonja has had in recent memory and his scripts have been the best thing this book has had going for it more often than not.  This time, however, the artwork is the equal of the script and Edgar Salazar perfectly depicts the action that Trautmann describes.

Enjoy this book while you can!  We may not see it's like again for much longer.
Posted by Starman at 12:01 AM