It's folly for me to attempt to describe the story of Action Comics #16 beyond what I already explained in my review of last month's issue.  Reality has begun to break down as Superman faces attacks at multiple points in space and time, all thanks to the plotting of a Fifth Dimensional being.  Thankfully, Superman is not without allies even in futures just born into existence which should not be.  A new addition to the morass this month includes a version of the Legion of Superheroes from a future where a tyrannical government born of a villain from the past now threatens of all creation and their only hope is a desperate trip back in time to aid Superman in his greatest battle! 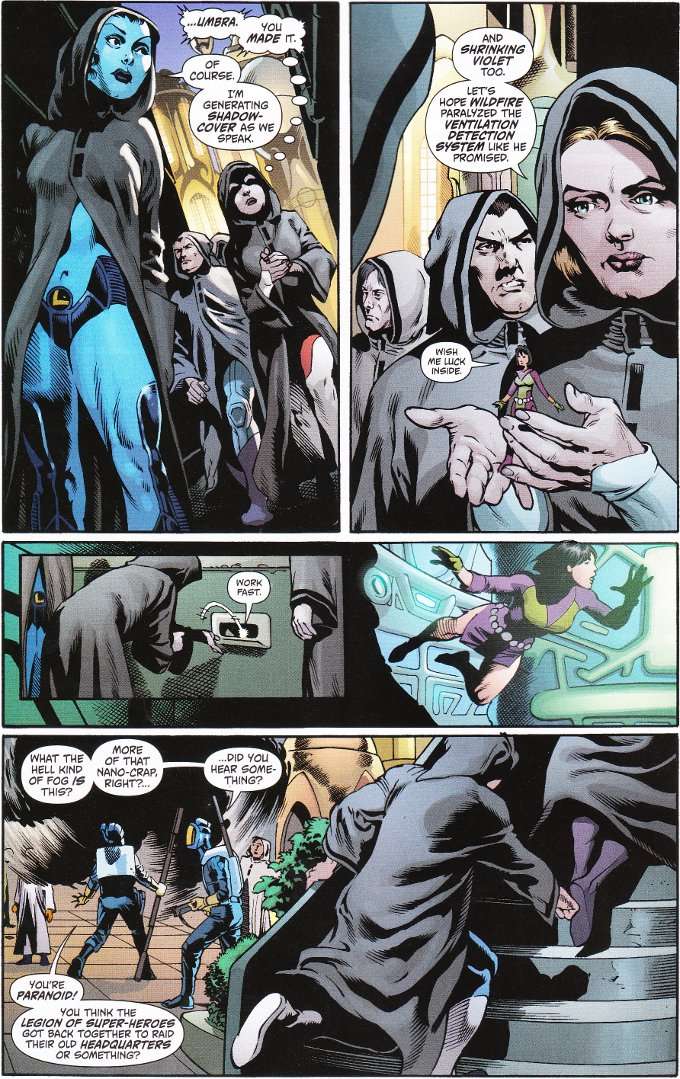 It's a damning statement on the condition of the New 52 Legion of Superheroes books that - despite Morrison not focusing on their characters - the vision of The Legion we see here is far more accessible and far more likeable than any of the characters I saw in Legion of Superheroes or Legion Lost.  Let that thought sink in for a moment - a story by Grant Morrison about reality collapsing and the text of the story reflecting that is more lucid and easier to follow that Legion Lost.  That statement goes double for the enjoyable back-up story by Scholly Fisch, in which we see the LOSH at a point in their past where they accidentally set their dark future into motion by stopping a political assassination. 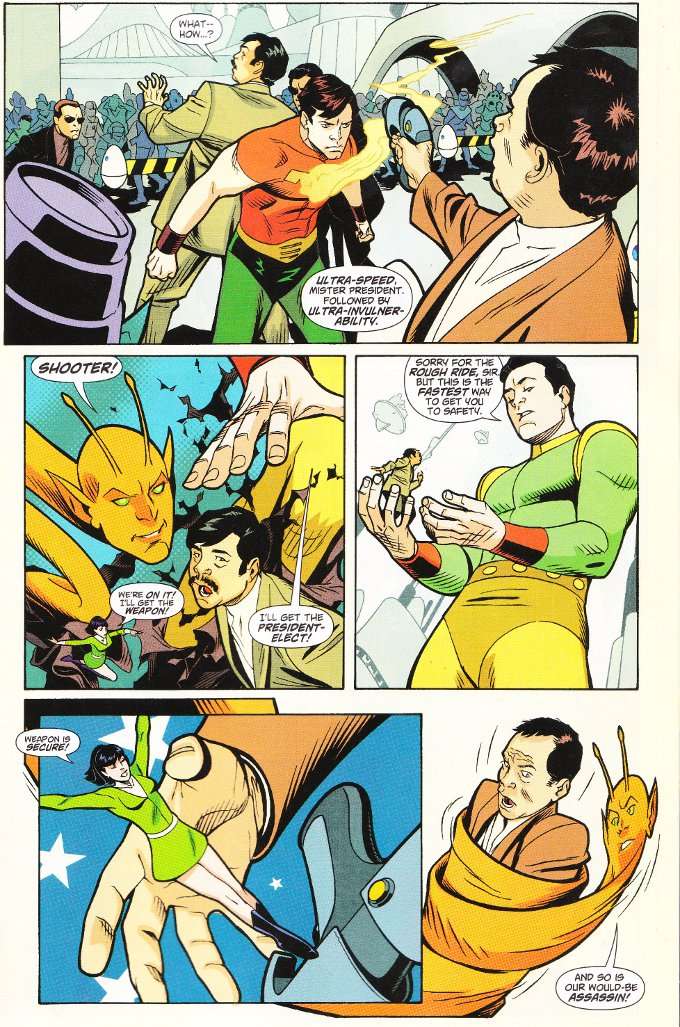 The art teams for both sections of this series continue to excel.  Walker and Morales continue to paint vivid pictures of reality running together as Superman's enemies begin to attack time itself.  Chris Sprouse's stylized pencils show us a Legion as fun and as colorful as the team at the height of their popularity.  High quality, all around.
Posted by Starman at 5:57 PM