If there is any writer in comics capable of telling a story in five dimensions, it's Grant Morrison.  Okay, maybe it's a bit of an exaggeration to say that he tells the main story of Action Comics #15 in five dimensions.  Yet he does tell a story that is multifaceted, taking place at several points and several perspectives in time.

The main portion of this tale is told by Superman's landlady, who it seems is actually a princess from The Fifth Dimension and is/was/will be aware of everything Clark Kent is/was/will be.  Meanwhile - or perhaps 'Previously' or even 'In The Future', a group of Superman's greatest enemies hunt him through multiple points in history.  And that's ignoring the greater cosmic threat that even now threatens multiple worlds at multiple points in space and time, including Krypton!

Confusing?  No more than your average Doctor Who episode and this is just as enjoyable to those with the right mindset. 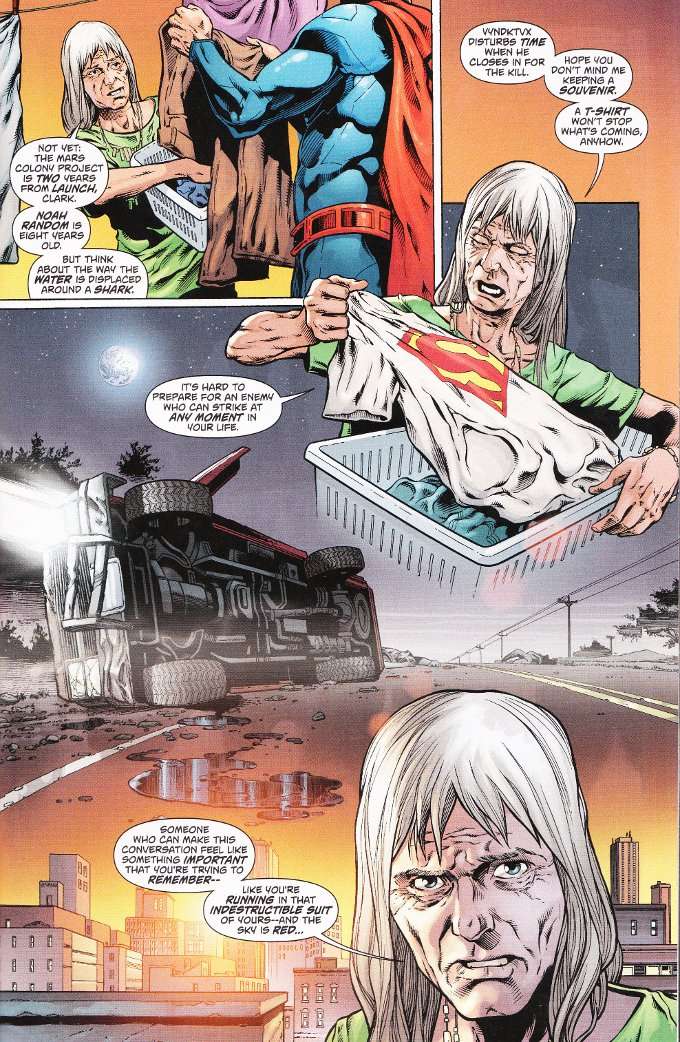 Easier to comprehend but no less enjoyable is the back-up story by Sholly Fisch.  This story tells the tale of one of the villains now hunting Superman.  More importantly, it tells the story of the hero who stopped him once before and even in death seems to be setting up the means for Superman to survive.  The hero?  Mister Mxyzptlk.

Fisch spins off of Morrison's conceit, keeping in line with the original portrayal of the character, that Mister Mxyzptlk isn't malicious.  He may annoy Superman with his antics but ultimately likes the Big Blue Boy Scout.  There's a bit of a retcon here, recasting Mister Mxyzptlk as a court wizard/jester for the King of the Fifth Dimension, who did what he did to Superman as a way of amusing his bored king and whose antics wound up winning him the heart of a princess.  It's a marvelous conceit and though the idea is a throwaway, it's one I'd love to see explored in a regular series. 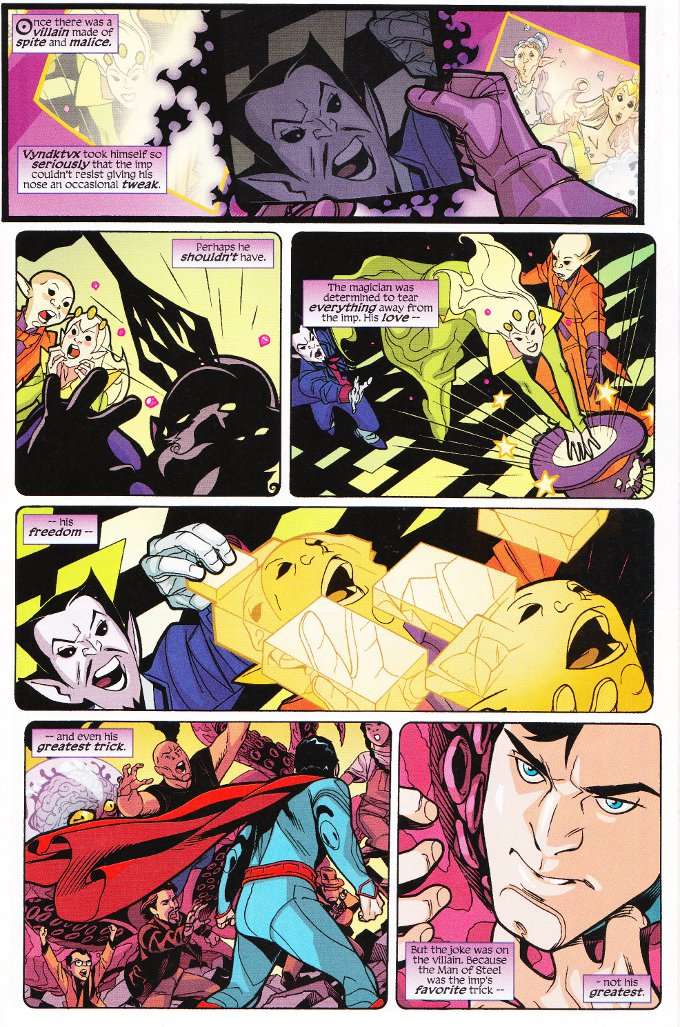 The artwork, as always, is top-notch.  Brad Walker and Rags Morales are formidable creators on their own.  Together, their work blends into a wonderful artistic alloy.  Chris Sprouse's cartoonishly stylized work in the back-up story is gleefully glorious and a joy to behold.  All in all, Action Comics continues to be one of the best values on the market and a darn good dead.
Posted by Starman at 2:48 PM