If an award was given out for the comic book Most Likely To Offend PETA, World's Finest #7 would be a contender.  I don't think I've seen so much violence directed at a group of wolves in a comic book outside of some Conan The Barbarian stories.

Whyfore the lupine pain affliction?  Because one half of this comic depicts Huntress and Robin (Damien Wayne) fighting their way through a forest to one of two locations that has been stealing money from Bruce Wayne and these wolves are apparently incredibly hungry and desperate for a meal.  This portion of the comic is ably illustrated by Kevin Maguire - he of the BWA-HA-HA era of Justice League and the most outrageous facial expressions this side of Earth 2.

The other half of the comic, illustrated by the great George Perez, is similarly action packed.  It focuses upon Power Girl as she follows the trail to another location and deals with an equally dangerous threat.  In this case, the threat is a group of child soldiers packing what appears to be alien weaponry.  This offers Karen the challenge of having to deal with a threat non-violently while facing a foe who could potentially hurt her. 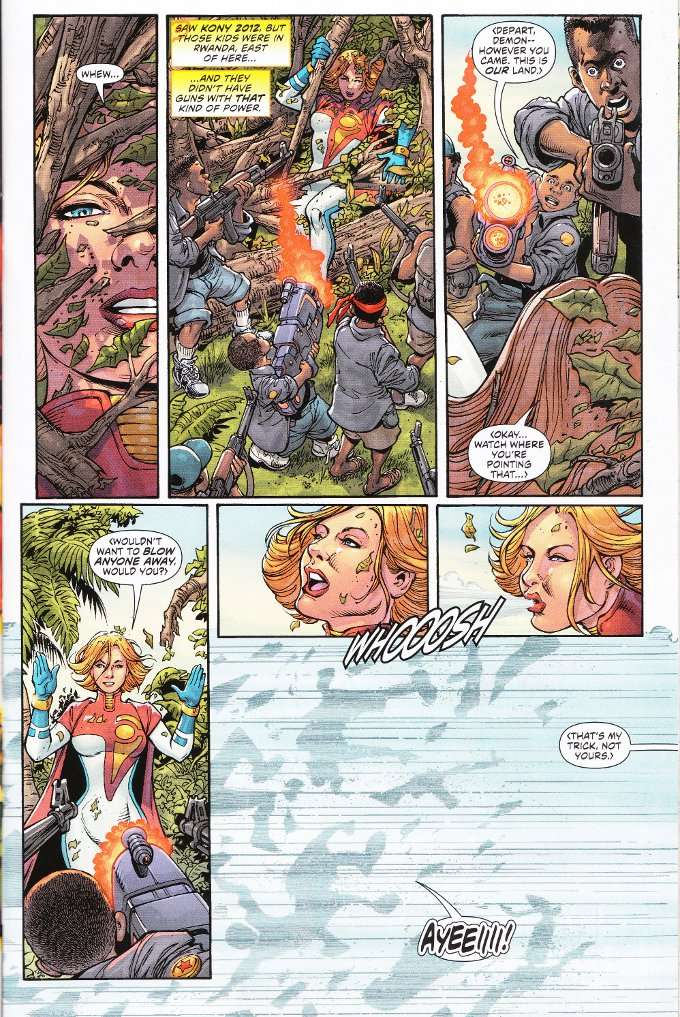 Perez and Maguire are are skilled as ever.  This continues to be one of the best-drawn books on the market today.  Paul Levitz's scripts make it one of the best-written as well.  If this issue has a flaw, it's that the pace is somewhat leisurely compared to how the series started and it feels somewhat flat as a result despite the high-action content of the issue.  Still, this series has been firing on all eight cylinders for so long that I can forgive a slow issue and still recommend this comic without hesitation.
Posted by Starman at 10:35 PM