Earth 2 #7 sees James Robinson taking a bit of a breather from the world-ending catastrophes so that we may take a closer look at this parallel world.  This is not to suggest that this issue is completely free of action.  Indeed, there is one wonderful sequence where we get to see a team known as The Sandmen fight against a seemingly brainwashed Mister Terrific - a refugee hero from the main DC Universe. 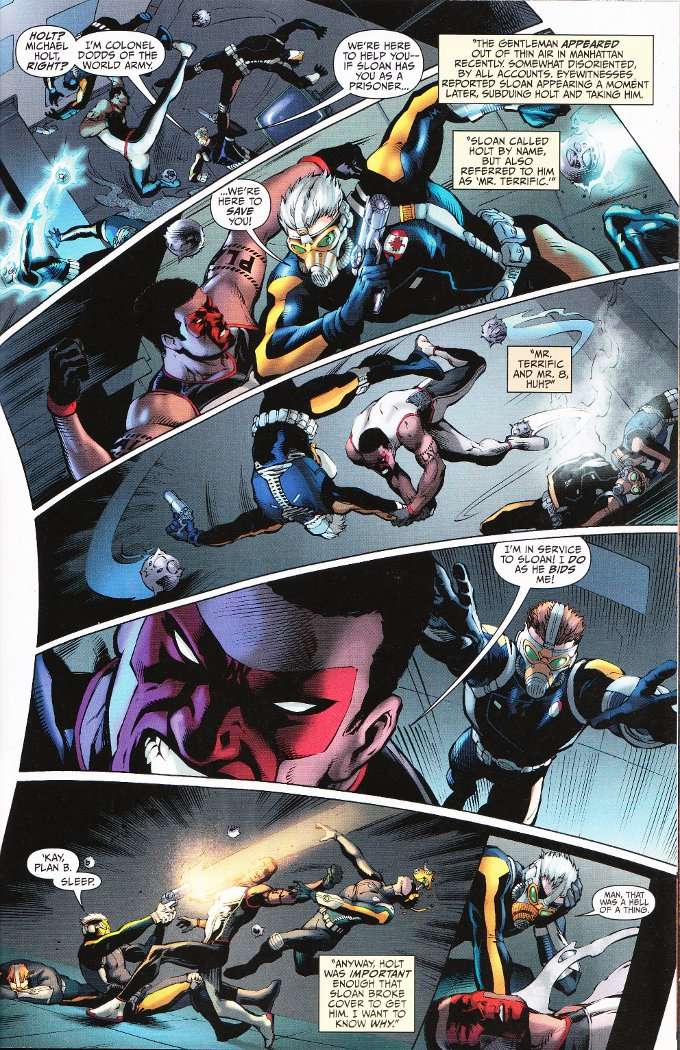 This issue offers us full backgrounds for some characters who had been shrouded in mystery until now, including Hawkgirl and Wesley Dodds - leader of The Sandmen.  We also get further hints at new versions of other classic heroes including Commander Steel and The Red Tornado.  Robinson has done a wonderful job taking the base concepts for these classic DC Comics characters and doing something new while still respecting their roots.  Taken on those terms, this book is a great read and a fun intellectual exercise for long-time DC Comics fans like me who enjoy the oh-so-clever feeling we receive whenever we "get" the hidden references to the classic lore. 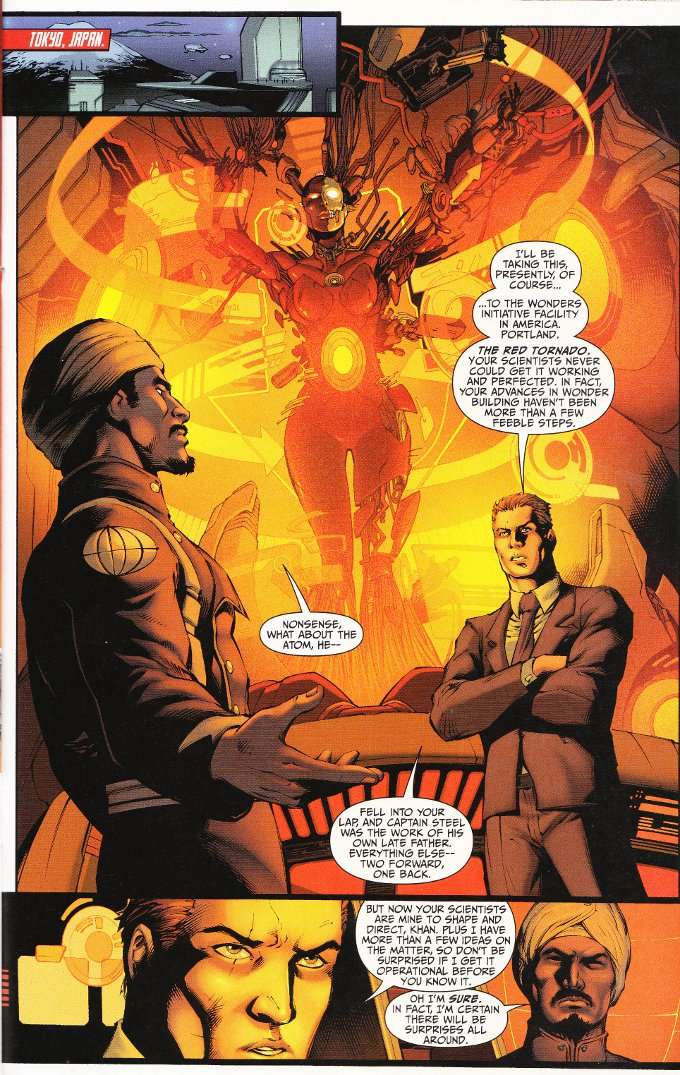 Guest artist Yildiray Cinar proves a capable substitute for Nicola Scott.  I wasn't particularly impressed by Cinar's work on The Fury of Firestorm but neither did I dislike it.  Maybe I was tainted by my antipathy for the character before, because this time I really enjoyed Cinar's work.

If you haven't been reading Earth 2 so far, you've been missing out on one of the hidden treasures of The New 52.  I'd suggest picking this issue up, but you'll get a lot more out of it if you've been reading from the beginning though there's little chance of you being lost by the story in this issue.  Track down the first seven issues (1-6 plus a Zero issue) or wait three months for the upcoming hardcover collection.  I think you'll be glad you did.