Red Dwarf has been one of my favorite shows for two decades now.  I first stumbled across it on PBS when I was at the age when my definition of high comedy involved an ability to parrot Monty Python skits verbatim.  Sophisticated and sophomoric at the same time, the Crimson Short One was a perfect stepping-stone for a teenager who had just finished all five books of The Hitch-Hiker's Guide To The Galaxy trilogy and was looking for more sci-fi silliness.

For those of you who have yet to experience the glory of Red Dwarf, let me sum up.  Man is alone in a godless universe. Hilarity ensues.

Weeeeeeeell, there's a but more to it than that.  Man, in this case, is an alcoholic slob of a space cadet named Dave Lister.  And despite having awoken to find himself in deep space three million years in the future on the vessel Red Dwarf, he's not exactly alone.  There Holly - the ship's increasingly senile computer.  There's Rimmer - the computer simulation of his smarmy dead roommate/superior officer.  There's The Cat - the last survivor of a race of evolved cat-descended humanoids spawned by Dave's pet.  And there's Kryten - a neurotic cleaning droid.  But as far as human company goes, he's completely alone in a godless universe.  More or less.  But hilarity did ensue.  And continued to ensue for nearly a quarter of a century now. 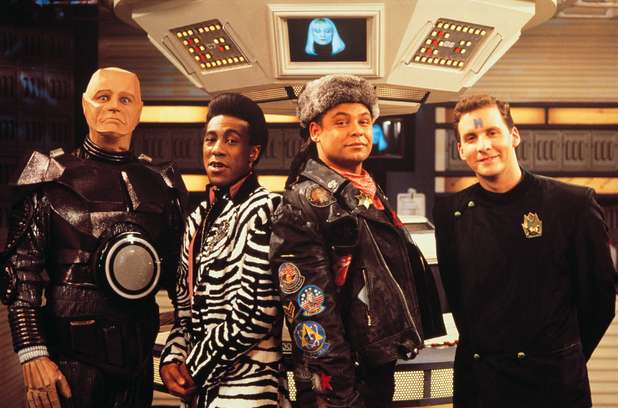 Sadly, at the height of its' popularity,  Red Dwarf became beset by more production problems than your average Terry Gilliam movie.  Between the regular cast becoming busy with other projects, the break-up of the writing partnership of show creators Rob Grant and Doug Naylor and other assorted problems, the show had a four-year gap between its' Sixth and Seventh Seasons.  This was particularly vexing as the final episode of Season Six ended on a cliffhanger!  Another three year gap fell between Seasons Seven and Season Eight.  Season Eight also ended on a cliffhanger!  Then Season Nine was postponed while Doug Naylor tried and failed to get a Red Dwarf movie made.

By the time Naylor gave up on the film, The BBC had no interest in a Ninth Season.  Neither did most of the fan base, who found much of the humor in Season Eight repetitive and Naylor's attempts at more involved story-lines off-putting.  A three-part special, Back To Earth, made ten years after Season Eight, did little to excite the fans or critics.  While the production values and the special effects had improved greatly, fans were ill-amused at Naylor's conceit of an unseen Season Nine.  This was used to hand-wave the Season Eight cliff-hanger, the absence of several former cast members and why Rimmer (restored to life - sort of - in Season Eight) was once again a computer generated hologram.. 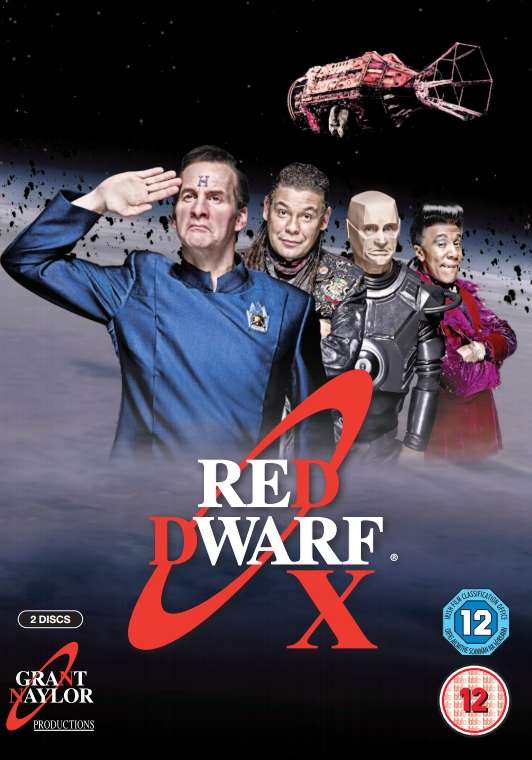 No surprise then that when it was announced in 2011 that Back to Earth had proved successful enough to inspired funding for an official six-episode Tenth Season fan reaction was mixed, at best.  Many fans - including your humble author - said enough was enough.  We said it was time to let the series (finally) rest in peace.

The Boys From The Dwarf are back and everything old is new again.  Largely abandoning the more dramatic elements and reference-heavy scripts that made Season Eight so insufferable, every one of Naylor's scripts for this season harkens back to the good ol' days of Red Dwarf.  The emphasis is once again upon the characters and the comedy - a relief for those of us who remember that Red Dwarf was always at its' best when it ignored its' sci-fi premise and focused instead upon the conflict of personalities and the absurdity of their situation rather than parodying sci-fi tropes. 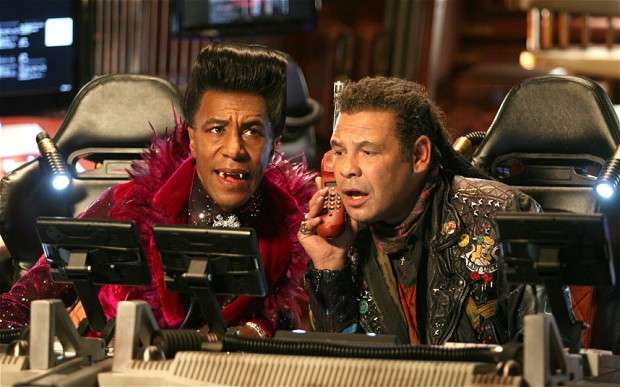 Case in Point.  Our first episode, Trojan, is largely concerned with Dave and The Cat's attempts to order something they saw on a home shopping channel.  Naturally, this requires placing a phone-call, winding up on-hold and being bounced around various call-centers trying to find someone who can help.  As a result, Dave grows increasingly angry and insane as the series continues with its' main plot.

Is this something everyone can relate to?  Yes.  Does it make a lick of sense that there are still service droids working to sell stupid merchandise three million years in the future or that Dave should be put on-hold for several days when - logically - there shouldn't be anyone else in the queue ahead of him?  No!  But it's folly to look for sense or continuity in Red Dwarf - a fact that Doug Naylor has apparently finally realized and embraced. 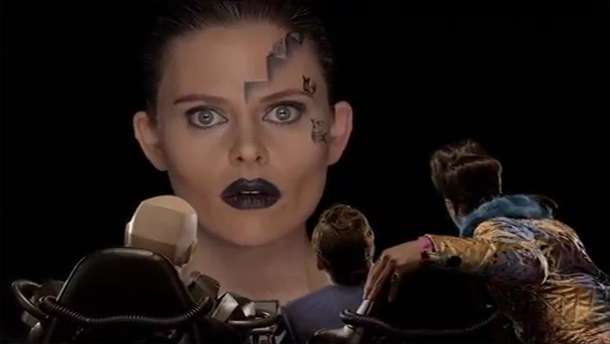 Well, there is SOME continuity to be addressed but it's all quickly glossed over so we can get on with the fun.  A prime example of this is the second episode, Fathers and Suns.  A throwaway line explains that they're going to install a new ship's computer to replace the absent Holly  but we never do find out just what happened to old Hol'.  It hardly matters as it's just boilerplate to set-up the hilarity of the new advanced computer predicting the crew's actions and then causing disasters based on what they would have eventually done.

We're also reminded that Dave Lister is his own father but are spared the complicated explanation for why.  It involved time-travel and his ex-girlfriend in a parallel universe.  That's all the explanation you need and more explanation than the show gives.  Indeed, it's only mentioned so we can set-up the scenes - apparently inspired in equal parts by the movie Memento and the Doctor Who episode Blink - where Dave attempts to become a better father to himself using a combination of heavy drinking, tough love and messages for his future self. 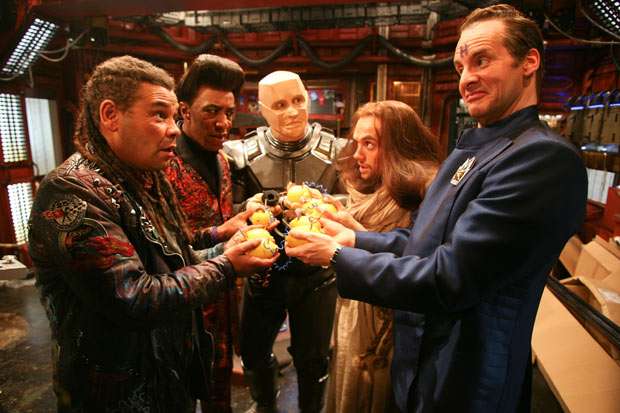 The writing may have improved over previous seasons but one thing has not changed - the cast.  They're still as amazing as ever and time has only improved their symbiotic relationships as well as their individual portrayals.  Chris Barrie, as the bureaucratic and easily annoyed Rimmer, can inspire a laugh with one well-timed facial tic  Craig Charles and Robert Llewellyn play off one another as well as any of The Marx Brothers in their prime.

However, it is Danny John-Jules as The Cat who manages to steal damn near every scene that he's in, after being given so little to do in Season Eight.  Through sheer force of personality, John-Jules makes such silly sequences as the one in which he tries to get the crew to play charades to guess the bad news he has to deliver work.  Best of all, he's acting like an overgrown cat again, stalking down the corridors while hunting and "making things mine" - traits that got lost in the show's later seasons. 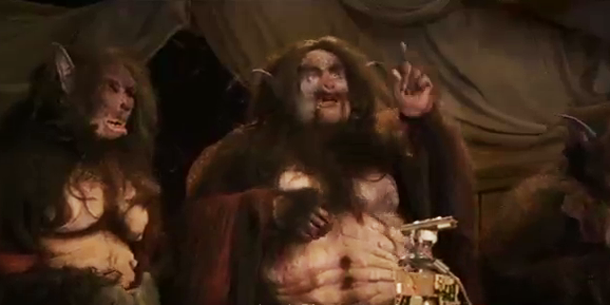 I could go on but I'd likely spoil everything before I was done.  So I'll just say this.  Red Dwarf X is a return to form and a worthy addition to any DVD collection.  If you're a long-time Dwarfer who has felt long abused, give it one more chance.  If you're a newbie, well, you go ahead and give it a chance too before you track down the other seasons.  It's surprisingly accessible and downright hilarious.