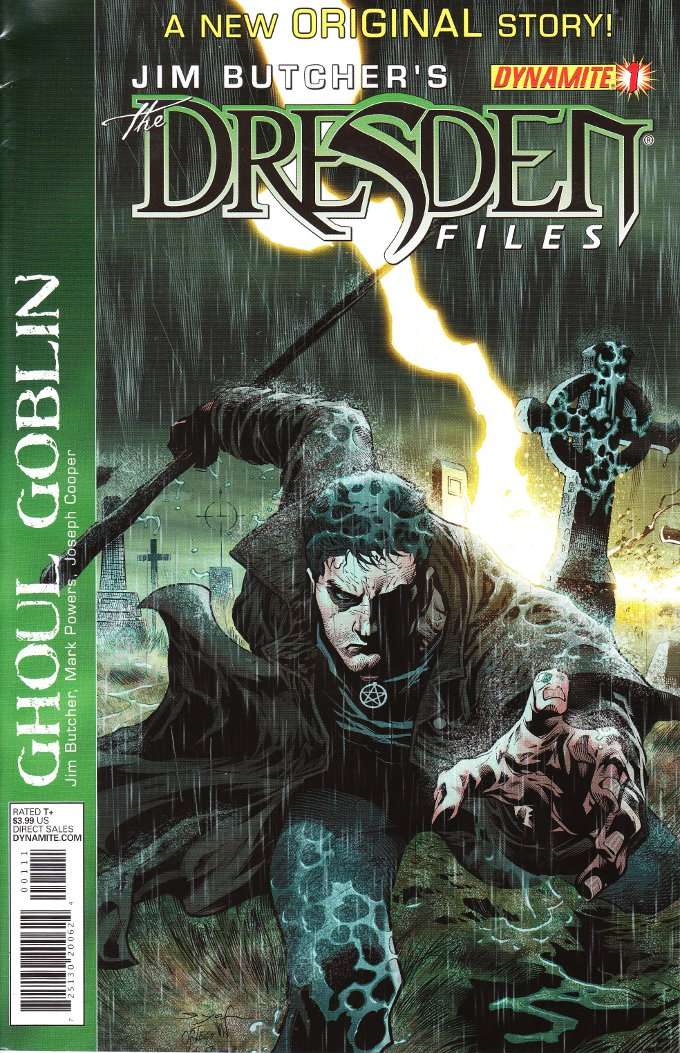 I've been a big fan of the Dresden Files books by Jim Butcher for a few years now.  Despite this, I haven't been that fond of the various adaptations of the series.  It's not that they're bad.  Well, not always.  The audio books voiced by John Glover and James Marsters are quite good, but I prefer the voices of the characters I hear in my head.  By the same token, the Dresden Files graphic novels have been decent enough (I liked the character designs in Fool Moon, though I found the proportions of some of the characters was out of whack) but they don't always jibe with the way I envision the action.  The new Dresden Files comic series - Ghoul Goblin - is unlikely to change my feelings anytime soon but I must say that it is a worthy addition to the Dresden canon. 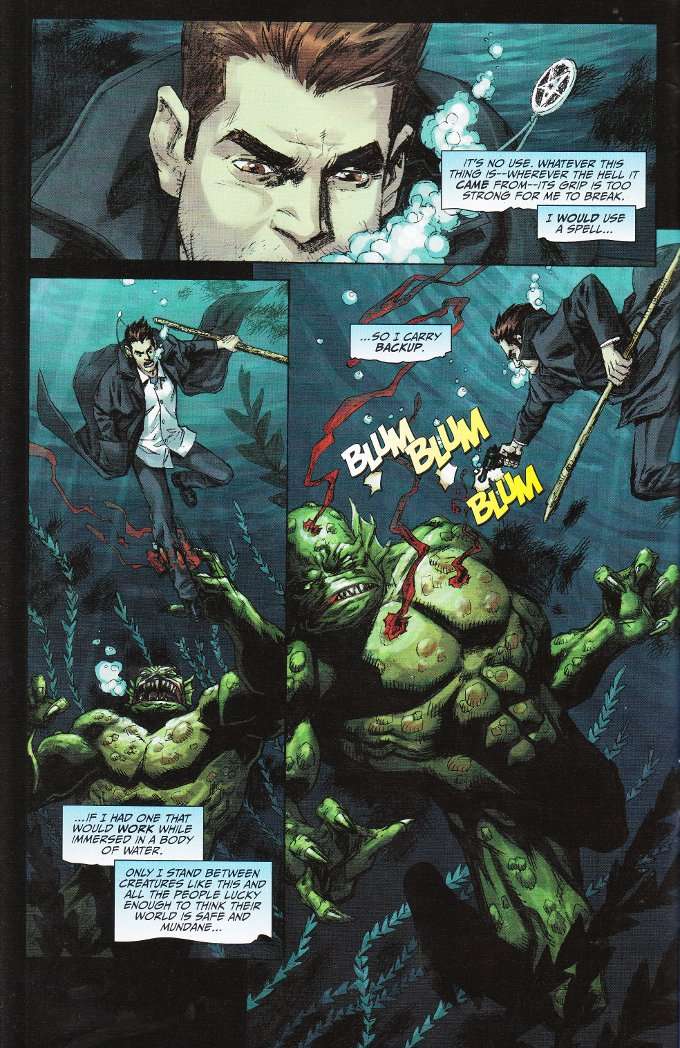 This opening chapter is vintage Dresden.  This should be no surprise since Jim Butcher had a hand in the writing along with Mark Powers.  I'm not sure of Powers wrote the script based on Butcher's idea of if Butcher had a direct hand in writing the dialogue, but this story feels like a Dresden Files story should.

This adventure is set between Fool Moon and Grave Peril.  After an opening encounter with some kind of monster that looks like it came from The Black Lagoon, private detective/professional wizard Harry Dresden returns to the office to find a small-town sheriff waiting for him.  Seems his town's had a rash of strange deaths, all centering around one family whose history is full of similar tragic deaths.  Intrigued and in desperate need of work since he's not on speaking terms with his usual police contacts at the moment, Harry agrees to journey to Missouri with his research assistant Bob (a snarky spirit of knowledge, who lives in a skull Harry owns) in tow. 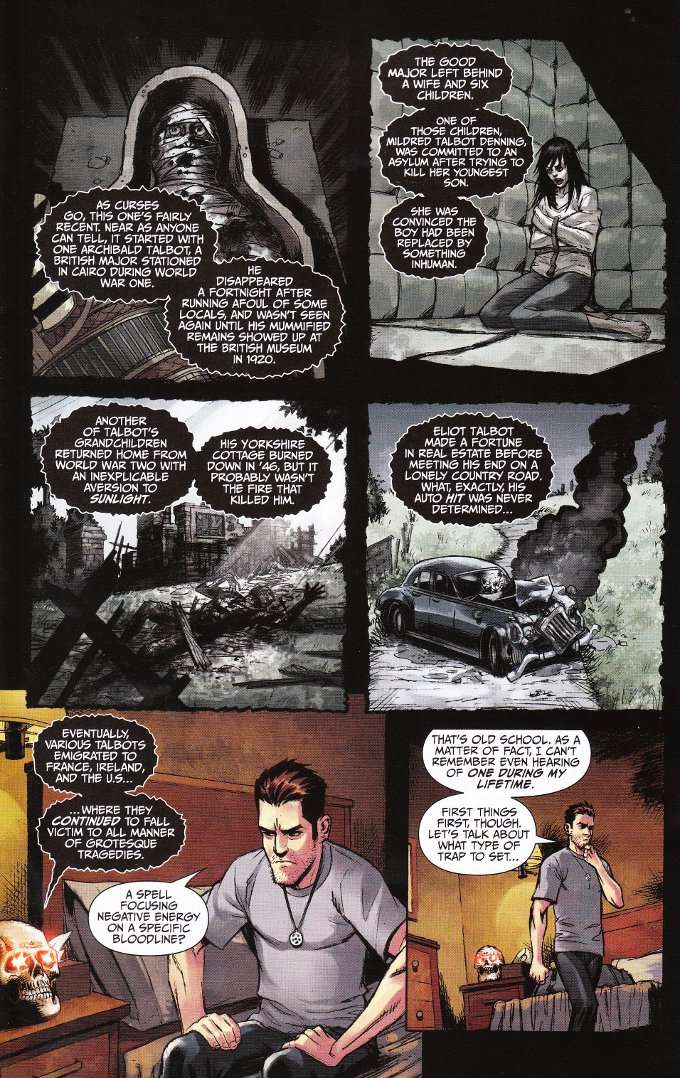 The artwork by Joseph Cooper is a definite step-up from what we saw in Fool Moon.  Cooper's Harry Dresden looks something like Jim Butcher's original description of Harry as "Peter Parker, but taller".  Actually, there are some points where he looks like a surly David Tennant, which might prove an interesting casting choice if one were to attempt to bring Dresden to the screen again.  Cooper also manages a few subtle nods to the series mythology in the background, showing Harry looking nervously at the mirror in his hotel room while having a conversation with Bob (Wizards don't like mirrors - they become doorways too easily) and showing Harry making an effort to keep away from the electrical lights his presence tends to short out.

If you're a Jim Butcher fan, this is definitely worth a read.  You might also check it out if you're a comic lover who likes modern magical stories or urban fantasies.  Heck, Spider-Man fans might enjoy this series as a "What If?" tale about a world where Peter Parker became his world's equivalent of Doctor Strange.
Posted by Starman at 2:18 PM