What Can One Man Do Against The Death Of Hope? 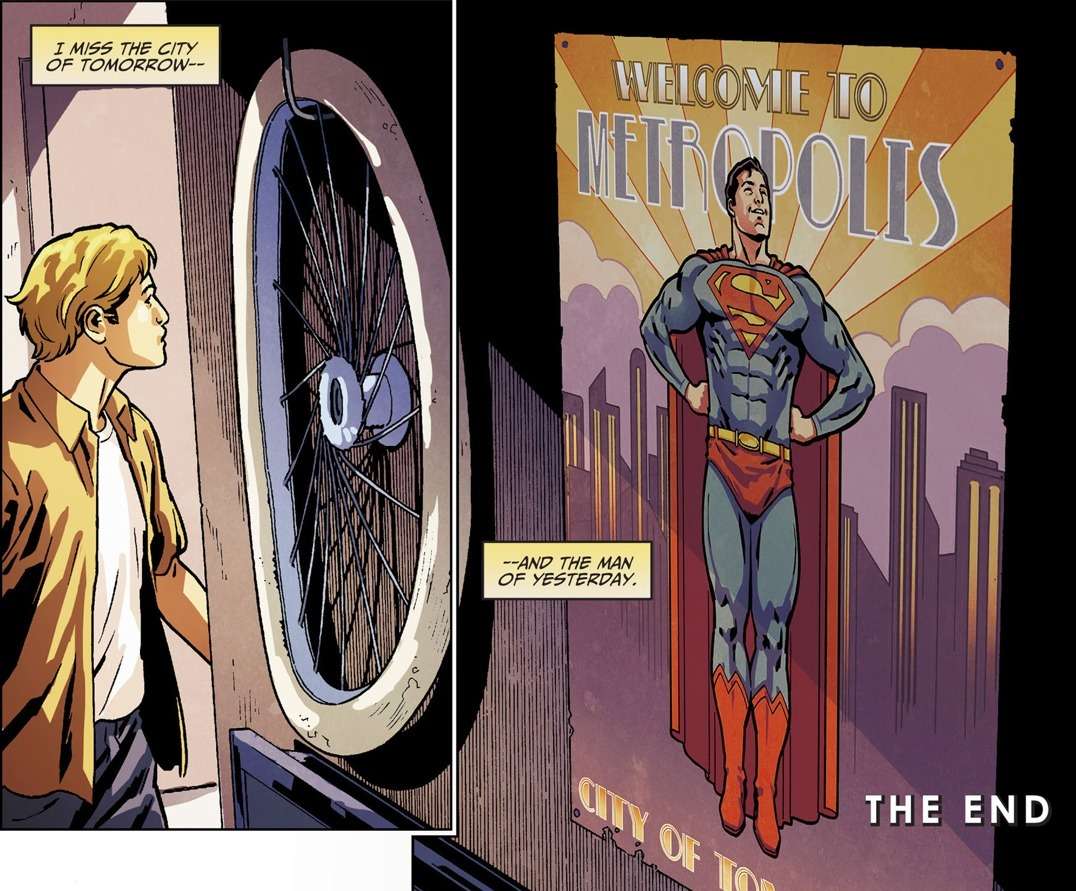 Earlier this week, I wrote a column in response to the recent ruckus regarding  J.H. Williams III and W. Haden Blackman leaving Batwoman.  For those who missed the news, the creative team quit in the wake of DC Comics Editorial declaring that they didn't want Kathy Kane and her girlfriend Maggie Sawyer to get married.  My article was based around the idea that the comics industry in general seems to have acquired a fear of depicting happily married superheroes, with most of the married superheroes at DC Comics having been rendered single by the New 52 revamp and Peter Parker still single because of Joe Quesada's belief that a deal with the devil is less inherently sinful than a divorce.

The digital ink was barely dry when another scandal involving DC Comics emerged later that afternoon.  This time the source of trouble was a contest for amateur artists, vying for a chance to depict Harley Quinn in the #0 issue of her upcoming solo book.  The catch?  All four panels are meant to depict Harley Quinn attempting suicide in a number of comedic ways, with the final panel depicting her naked and in a bathtub.  Some fixated upon the nudity aspect of the contest but most were outraged by the suicide element.  Particularly since next week is National Suicide Prevention Week.

I've been struggling with how to speak about this for the batter part of a day.  More than any character in recent memory, Harley Quinn had always been portrayed as one of the most fun characters in comics.  And try as I might, I can't think of a better metaphor for the state of affairs at DC Comics right now than a suicidal Harley Quinn.

As it turns out, I didn't have to think of a better metaphor.  For I learned today that Hope has literally been erased from the New 52 universe! Metaphors are completely meaningless at this point.  For all better writers and critics than me have spoken about the sense of all hope and joy being removed from the DC Universe in recent months, never did we suspect it would soon be a literal truth. 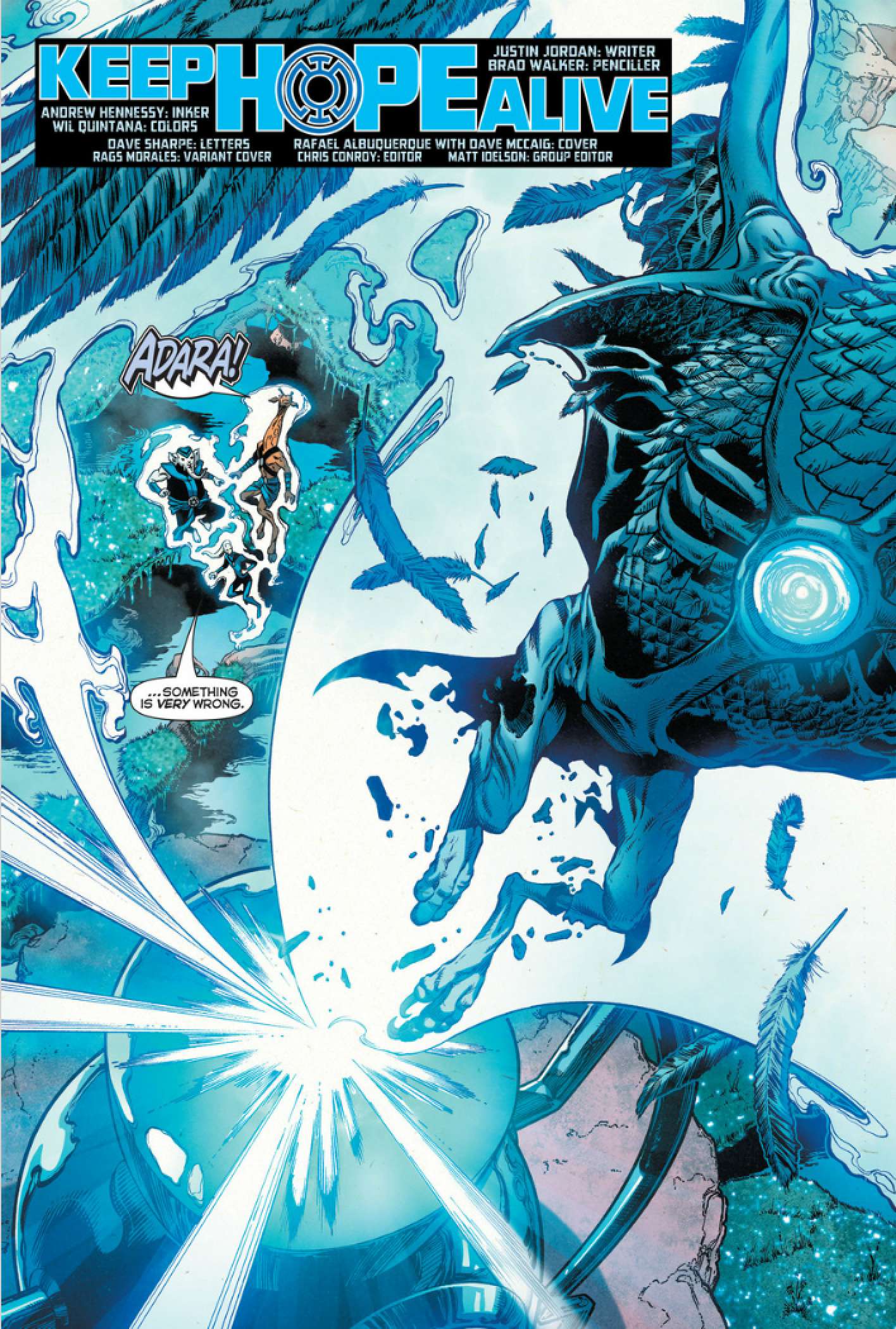 So the question that has been on my mind for the past few hours has been how - how do we fight this?

Protest?  It's already been made abundantly clear that our opinions as mere fans are completely meaningless to The Powers That Be.  So far the only instance where public outcry made a difference was in getting Gail Simone rehired on to Batgirl and even that may have been due entirely to the threat of decreased orders from the distributor.

Boycott?  In most cases, we're already not buying the offending books.  Those offended by Tony Daniel's dismissal of a female fan's concerns over a romance-based Superman/Wonder Woman book that was likened to Twilight by reassuring her there would be just as many butt shots of Superman as of Wonder Woman can't effectively boycott the title without The Powers That Be using that as justification for the belief that all their fans are 45 year old men and that women don't read comic books.

Jessica Mills touched upon another challenge before us quite eloquently in her recent column - DC Comics and Institutionalized Sexism – Purchasing Power is Not Power.  She touches upon the aforementioned  problems with boycotts while pointing out another problem.  Namely that boycotting an entire company does little to strike against the management and only hurts the artists and writers whose work we are enjoying.

"Telling people not to buy DC Comics as a way to change things at DC Comics is short sighted and dismissive.  Not buying those comics means readers have to, not only give up on beloved characters, but pull their support of talented and dedicated writers, artists, and others"

"I like reading comics.  I love Gail Simone’s work.  I love Greg Rucka’s work.  I’m not going to stop supporting THEM because the DC leadership refuses to acknowledge the terrible decision-making that continually alienates a large portion of their client-base."

I'm in a similar fix.  Any pledge not to buy any more Batwoman comics is meaningless since I was reading the series as the collected editions became available at my local library.  Refusing to buy the upcoming Harley Quinn book would send a message against Amanda Conner - an artist whom I have been dying to see on a monthly series again for some time now.  And boycotting the company as a whole will only hurt Jeff Lemire and Gail Simone and all the other creators whose work I am enjoying.

I already know from experience that boycotts don't work.  I boycotted all things Marvel Comics for a goodly while over One More Day, wrote some rather good articles about why the storyline was a bad idea and it did nothing.  Eventually I focused my personal boycott on all things Spider-Man, purely so I could justify seeing The Avengers and supporting Joss Whedon (Browcoats Forever!). And then it hit me.  We fight them the same way we do a bully.  We treat them as we would any disruptive child who makes a mess just to get attention.  We ignore them.

Marvel Comics editor and One More Day apologist Tom Brevoort let the secret slip - that they see even bad publicity as good publicity and bad attention is still attention.  That they fear apathetic fans far more than angry fans because angry fans are still buying the comics.

So this is where I will start.

As a fan, I'm not going to pick up any more books out of habit in the hope that they're building toward something big.  If they can't do something to keep me entertained for one issue, it's not worth my time.

As a critic, I'm not going to bother writing reviews for long-running series or crossover events just to keep people informed as to what is going on.  If the book isn't worth reading most of the year, why should I care about it for the three months it's involved with the books I do care about?

No more angry rants drawing curiosity .  No more hash-tagged Tweets giving you free publicity.  And no more second chances.  I'm that sort of a man.
Posted by Starman at 1:45 AM