The penultimate issue of Injustice: Gods Among Us is built around an action-free conflict between Superman and Batman.  Yet despite a distinct lack of fisticuffs, this issue is far from boring. In fact, writer Tom Taylor hangs a lampshade on this point, with Batman explaining - in defiance of decades of fanboy arguments -  that if Superman truly wanted to kill him he could do so easily.  Likewise, Batman - like Taylor - demonstrates that the most effective weapon when fighting Superman is not wKryptonite or Magic... but words. 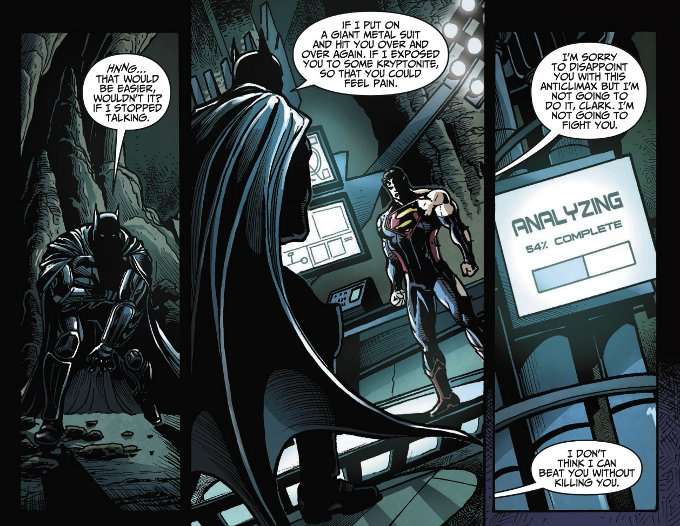 Tom Derenick's art is a perfect complement to this particular issue.  Derenick's shadowy style is perfectly suited towards an issue set inside the Batcave.  The coloring team's palette perfectly complements Derenick's inks, with everything clearly defined despite being largely rendered in blacks and blues.
Posted by Starman at 8:18 PM