There is a saying that is most often attributed to the Irish philosopher and statesman Edmund Burke - "All that is necessary for the triumph of evil is that good men do nothing."  While that idea is not quoted directly in Injustice: Gods Among Us #13, it still lies at the core of the issue.  The story here focuses upon The Flash, who is about to learn there are some things even The Fastest Man Alive cannot run from.

As the story opens, The Flash is part of a Justice League contingent trying to break up a protest in Australia.  A local superhero, Galaxor, tries to fight the League and is easily crippled by Superman for his trouble.  The event leaves The Flash troubled even before he is contacted by Batman and reminded of how he once inspired people to heroism rather than making them afraid. 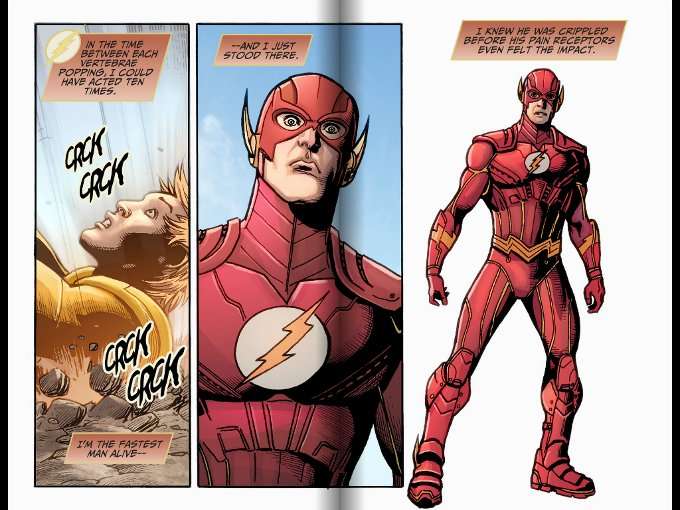 Tom Taylor hits the reader with both barrels in this episode.  The conflict between the ideals of freedom and security is expanded upon even further than in the last issue.  The whole affair is brilliant.  Indeed, the only danger I see is that it will be difficult for this series to retain a neutral tone given how far over the line Superman has gone with every passing issue. 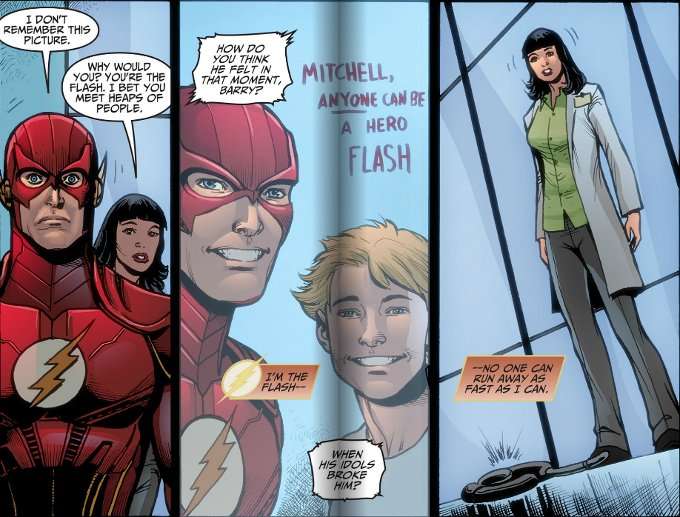 Tom Derenick's artwork continues to impress.  I recall his work on Issue #11 of this series being appropriately shadowy and atmospheric in the scenes depicting The Batcave.  His pencils are as clear as before but his inks are much lighter here, as befits the generally brighter world of The Flash and the desert setting where half of the issue takes place.

Email ThisBlogThis!Share to TwitterShare to FacebookShare to Pinterest
Labels: Injustice, Injustice Gods Among Us, The Flash, Tom Derenick, Tom Taylor