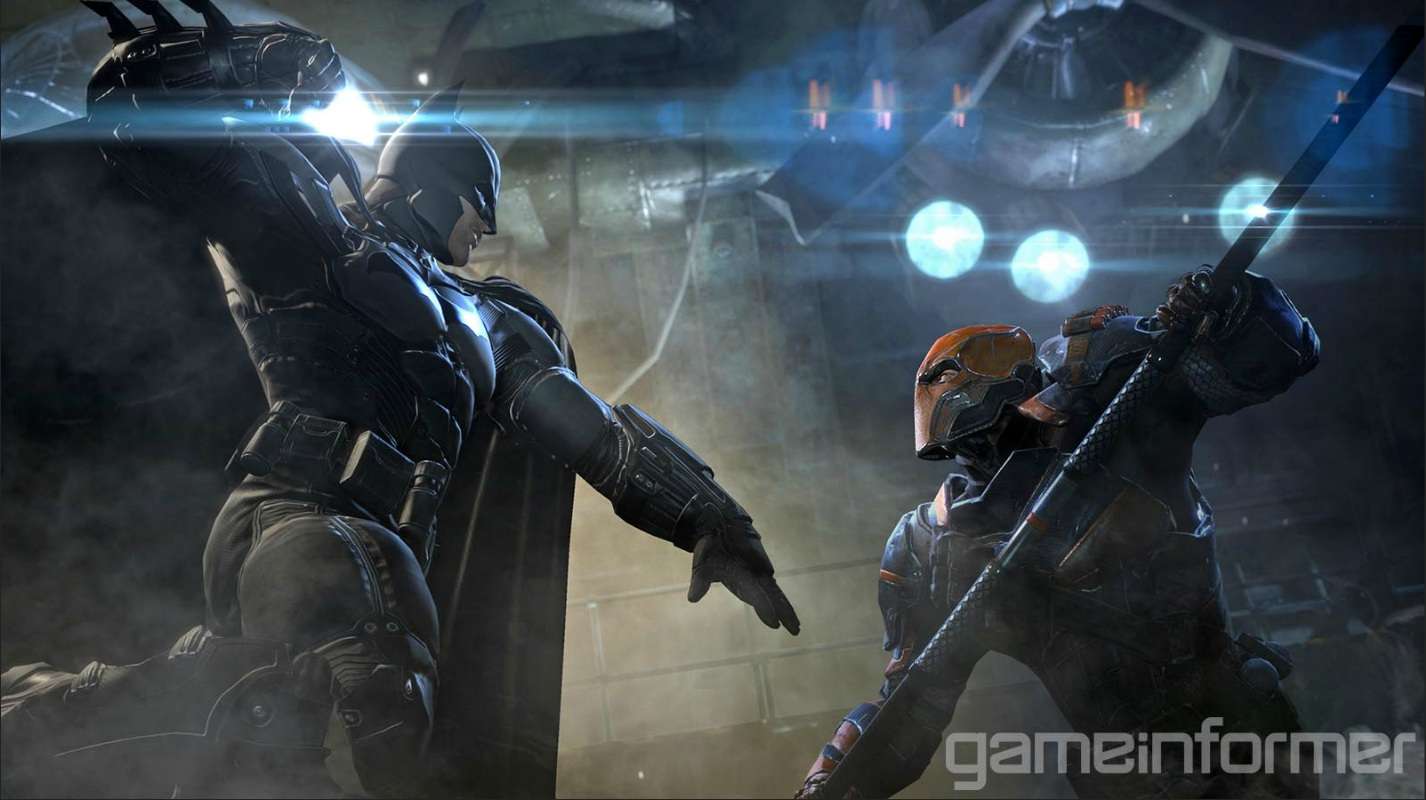 There's too much for me to pour through here.  Suffice it to say, there's a lot of new details come to light on the story and the gameplay.  The biggest news is...

1. Crime Boss Black Mask seems to be the main bad guy.
2. The troubles all begin with Black Mask putting a hit out on Batman - hence the assassins.
3. He also pays off some higher-ups in the GCPD to turn most of the police against Batman, meaning you'll have to fight clean cops, dirty cops, the mob AND the supervillains.
4. Players will use the Batwing to fast-travel around the city but won't control Batman's custom jet directly.
Posted by Starman at 3:32 PM