For once, I am at a loss for words.

I'm uncertain just how much of Batgirl #19 I should discuss in this review.  To say that this issue is shocking is such an understatement as to require an entirely different word meaning "a particularly huge understatement".  I can say this much.  Gail Simone has come back with a vengeance and even those familiar with her work on Secret Six will be surprised by the darkness of this issue. 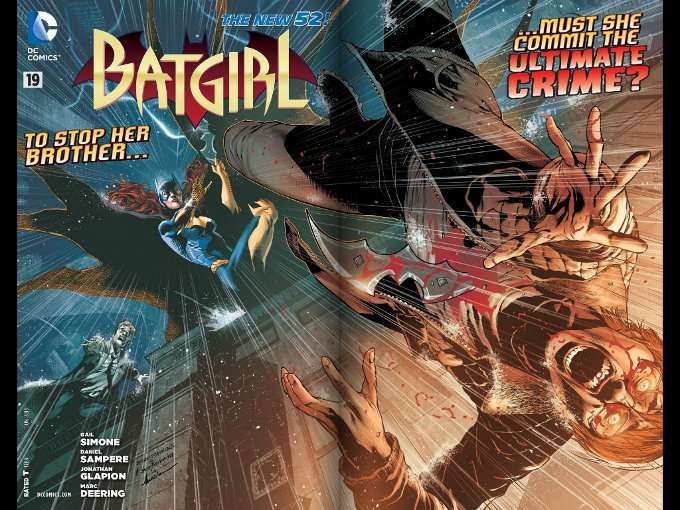 I suppose I can mention that there is another moment in this comic that has little bearing upon the overall plot but which I am sure certain elements shall seize upon as being far more shocking than the action and violence as Barbara confronts her killer brother.  This moment involves Barbara's roommate, to whom Barbara reveals much of her history only to learn a secret in return.  This is familiar territory for Simone, who did not shy away from this sort of thing during her Secret Six run and those familiar with Simone's work are unlikely to be surprised or offended by the revelation offered here. 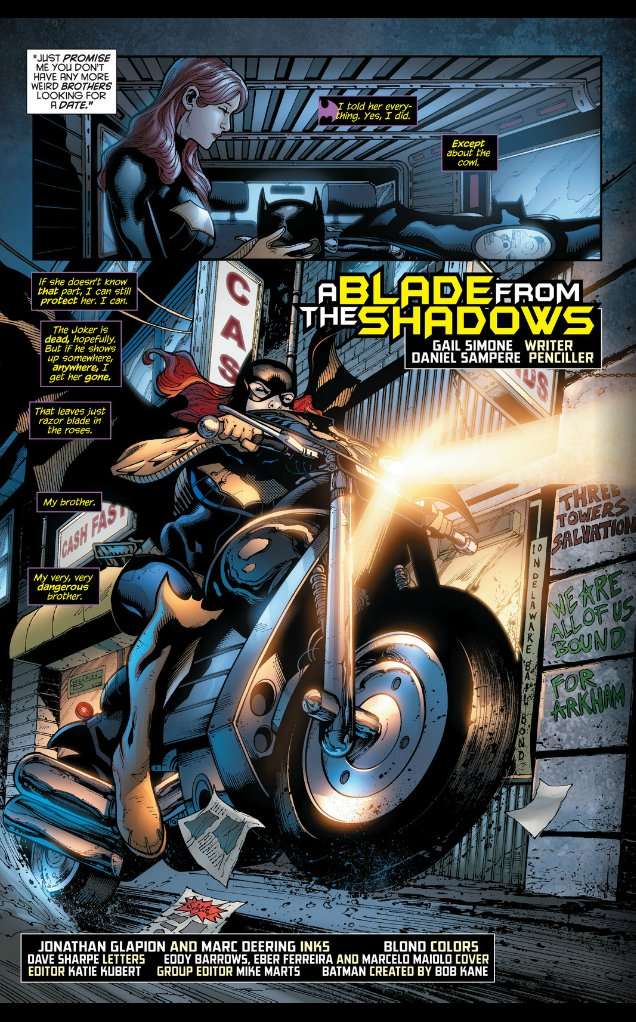 One thing I can say without hesitation is that the artwork by Daniel Sampere, inked by both Jonathan Glapion and Marc Deering, continues to be of the highest quality.  The art team perfectly captures the mood of Simone's script, be it during the moments of high action or the more subdued, conversational scenes.  Truly they are one of the most underrated teams at DC Comics today.

There's one more thing I can say.  Welcome back, Gail!  We missed you!
Posted by Starman at 8:10 AM