Geoff Johns has written some of the most complex, well-written comic series of the past decade.  Yet that complexity comes at a price, as Aquaman #18 proves.  This is the first part of a new storyline and while Johns does try to explain the current state of affairs for new readers with some good exposition, there is much he fails to explain. 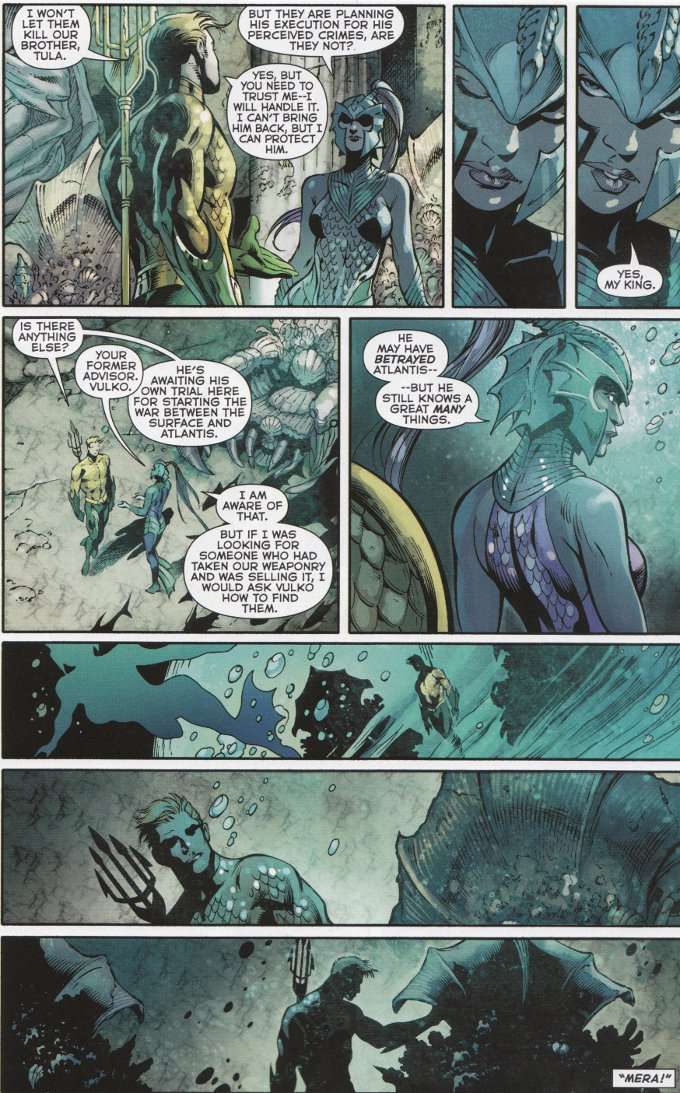 There's enough story here for three comics, let alone one!  Most of the focus is upon Aquaman as he tries (and largely fails) to repair relations with the surface world in the wake of his brother's failed invasion by hunting down stolen Atlantean super-weapons.  This allows Johns the chance to reintroduce the classic Aquaman villain The Scavanger as a weapons dealer seeking out materials lost during the battle.  There's also subplots involving a subterranean menace being awoken in Antarctica and a possible coup in the Atlantean army as well as an update on Mera's activities on the surface world.  This is all brilliant work if you've been reading the book since the first issue but I imagine this story may be totally inaccessible to new readers.

The artwork is as complex as the story, though far more easily understood.  Paul Pelleiter share Johns' eye for detail and works a fair bit of it into his penciling without cluttering the page.  Sean Parsons does an able job of shading and highlighting Pelleiter's work. 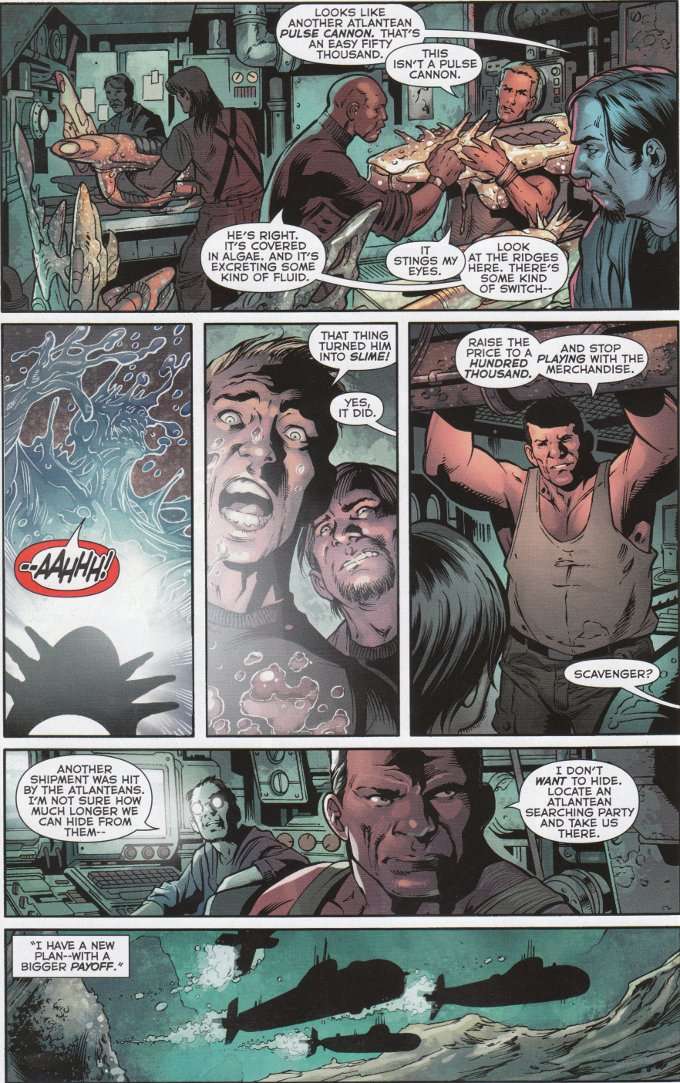 I fear Aquaman #18 will turn away more new readers than it might win over.  Good material exists in abundance but I think there may be just a bit too much being introduced at once in this issue.  New readers who wanted to see what all the hype was about after the Throne of Atlantis storyline would do well to pick up a copy of Aquaman: The Trench in order to catch up on the series as it is now.
Posted by Starman at 9:57 AM