The early evening allowed me a chance to meet up with some more old friends before my final panel of the day - Start of Darkness: The Bronze Age of Comics.  I had a decent enough turnout considering I was competing with the costume contest.  After that, my evening was spent taking a few more pictures while I waited for the annual All-Con Burlesque Show before Amber Does Dallas presented the annual Repo The Genetic Opera performance. 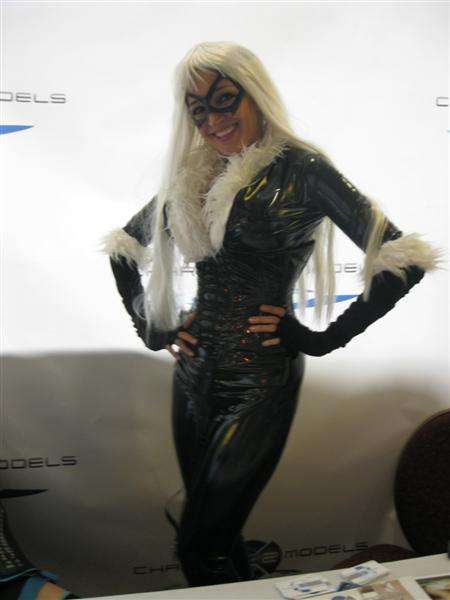 This is my friend Yvonna - proprietor of the Charisma +2 modeling firm and editor of Charisma + 2 Magazine.  She's cosplaying Black Cat and was a good sport when my sleep-deprived brain committed the faux pas of addressing her as Catwoman. 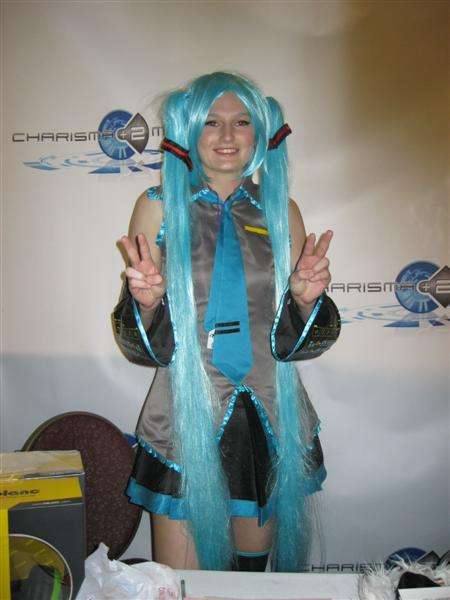 This is Perky - one of Charisma +2's newest models.  She's cosplaying the Vocaloid Hatsune Miku. 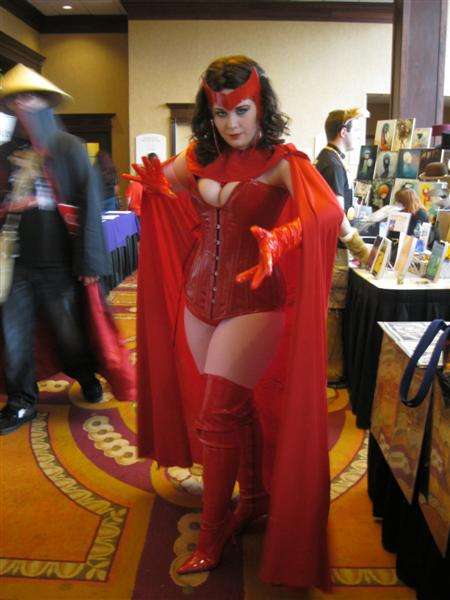 Here's another familiar face - CAJ Cosplay (who you might remember as both The Dark Phoenix and Madelyne Pryor from Dallas Sci-Fi Expo 2013) as The Scarlet Witch. 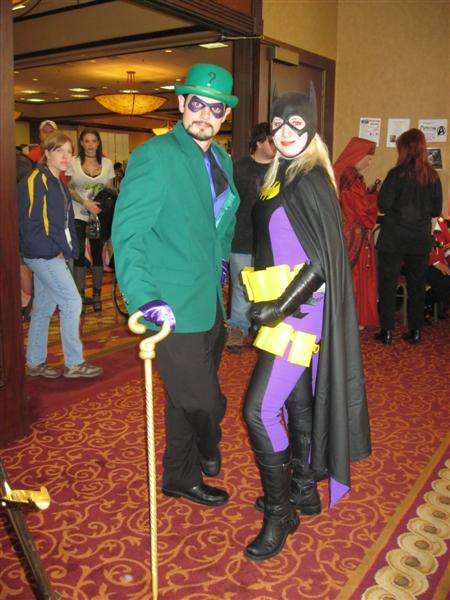 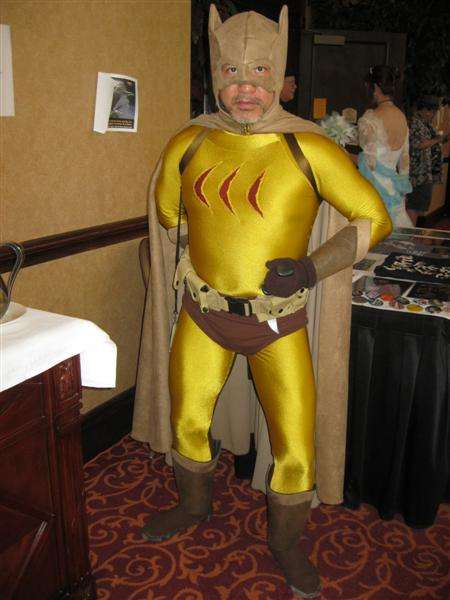 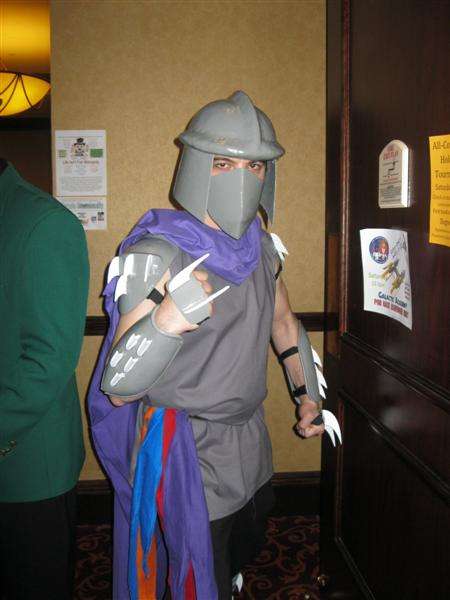 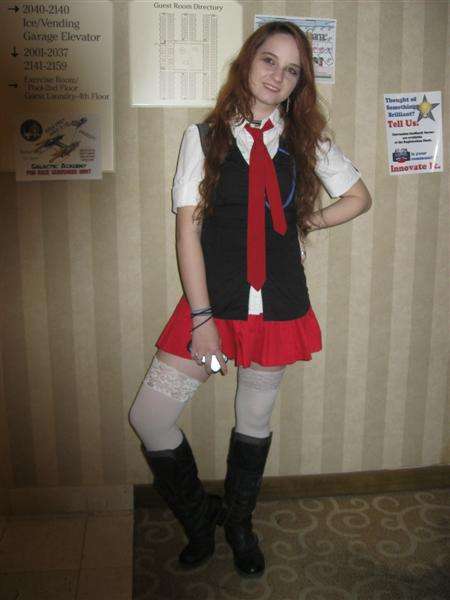 Amy Pond from Doctor Who. 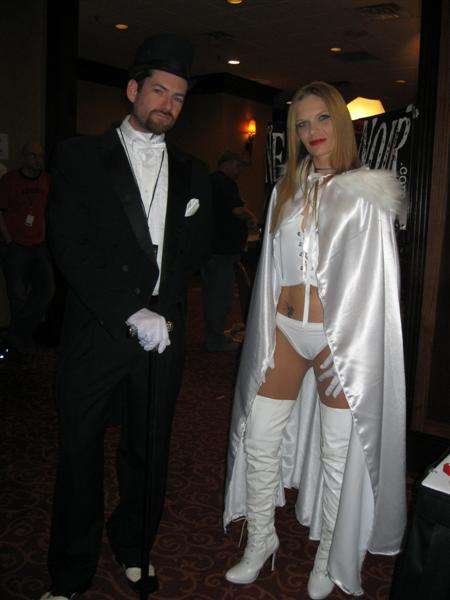 I think this couple was on the way to the All-Con formal prom.
Well, I suppose Ms. Frost's outfit is formal by the standards of the Hellfire Club. 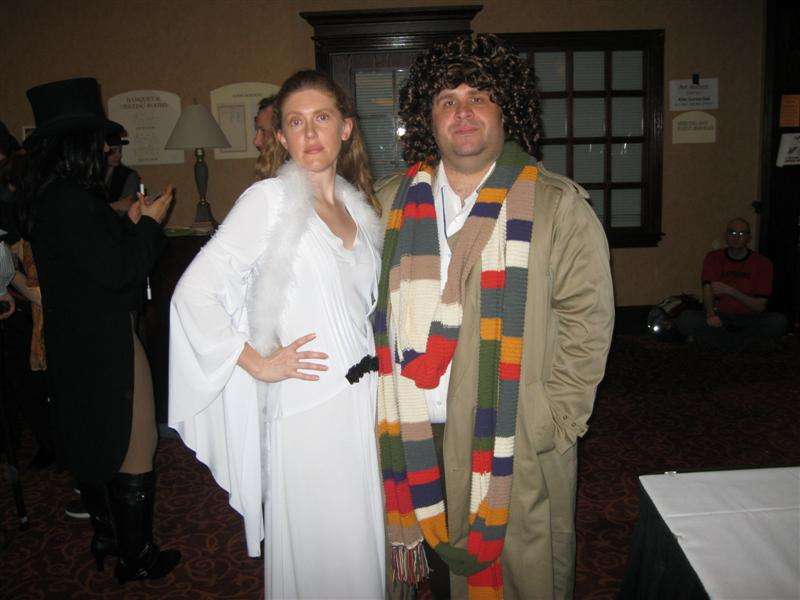 The sleep deprivation was really taking it's toll at this point in the evening, as I was waiting in line for the Burlesque show.  I completely failed to recognize this fine lady - The Time Lady Romanadvoratrelundar.  Or is that Fred?  No, it's definitely Romana.  Not Romana Flowers.  Or Ramona Quimby.  Just Romana. 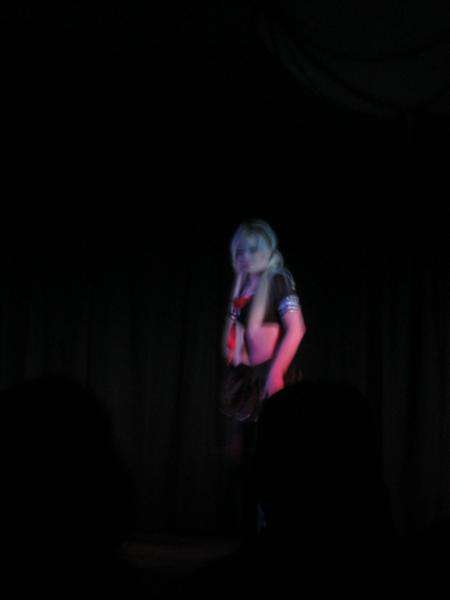 This was my first time attending All-Con's Burlesque Show, organized this year by La Divina Burlesque.  In previous years it either sold out before I could get tickets or it was scheduled at the same time as another event I was involved in.  But this year, I made it a point to attend because a friend of was performing - the lovely Amber DeVille.  Sadly, it was at this point in the evening.  I discovered that the Night Photography mode on my camera was not reliable without a flash.  So I only have this one rather blurry picture of Amber's routine, dressed as Babydoll from Suckerpunch and nothing of her Catwoman routine. 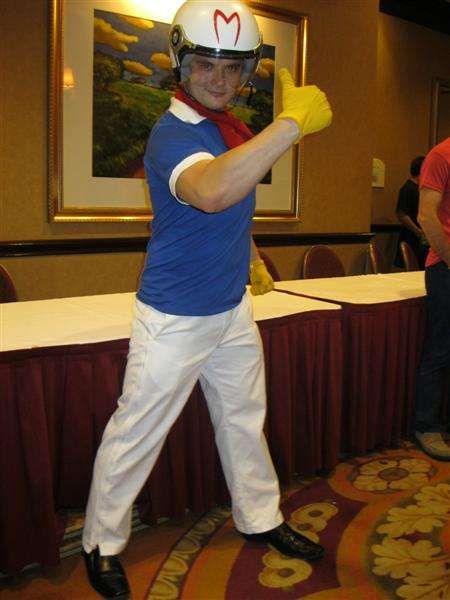 This is Bazuka Joe - the sole Boylesque performer of the evening.  You have to admire anyone who has the courage to perform in this kind of production but as a comedian I have to tip my hat to this guy for his obvious sense of comedy as a performer.  It takes a certain kind of humor to dress like Lion-O from Thundercats and strip down to the Stray Cat Strut.  To say nothing of his final routine of the night, where he performed as Speed Racer to Greased Lighting from the musical Grease. 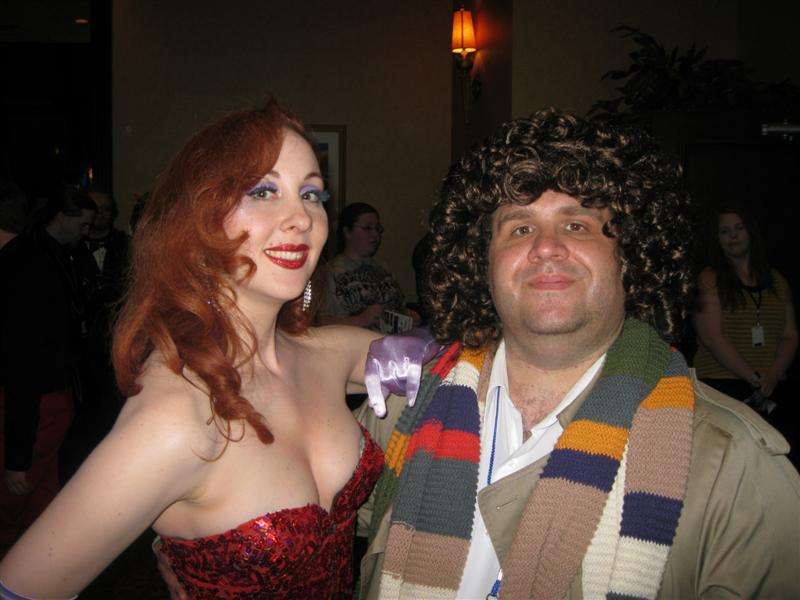 Diamond Jim himself snapped this picture of me with performer Ruby Joule, who performed a spectacular routine as Jessica Rabbit.  She usually performs down in Austin with her troupe, The Jigglewatts.  Methinks I'll have to make a field trip to Austin one of these weekends to see them.