Green Lantern #18 offers an interesting study in contrast between two very different artists depicting separate sections of the same story.  It also finally allows Geoff Johns the chance to answer a question that has been brewing for months - exactly what the heck happened to Hal Jordan and Sinestro during their confrontation with Black Hand? 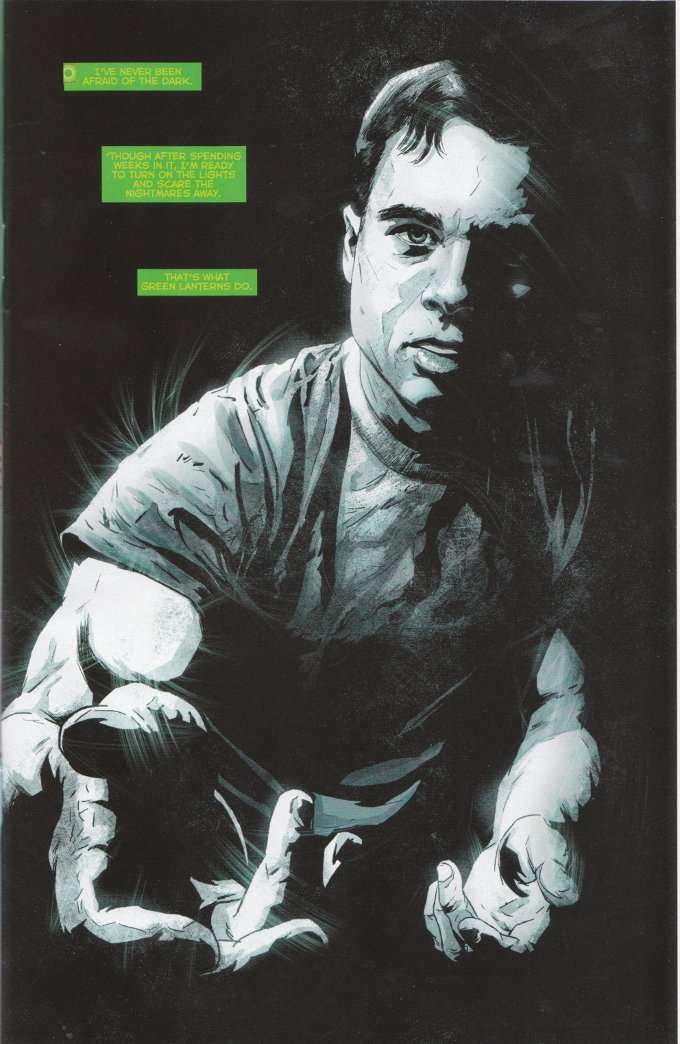 Johns' explanation is a fair one and the drama here is well-played, as one would expect with a Geoff Johns story.  However, readers are more likely to be enraptured by the atmospheric artwork of Szymon Kurdanski and colorist Alex Sinclair.  Can one properly be called a colorist when working in a monochromatic scale?  That's a debate I'd rather not be a part of.  All I know is that the black-and-white imagery used to portray "The Dead Zone" is some of the most interesting I've seen in recent memory. 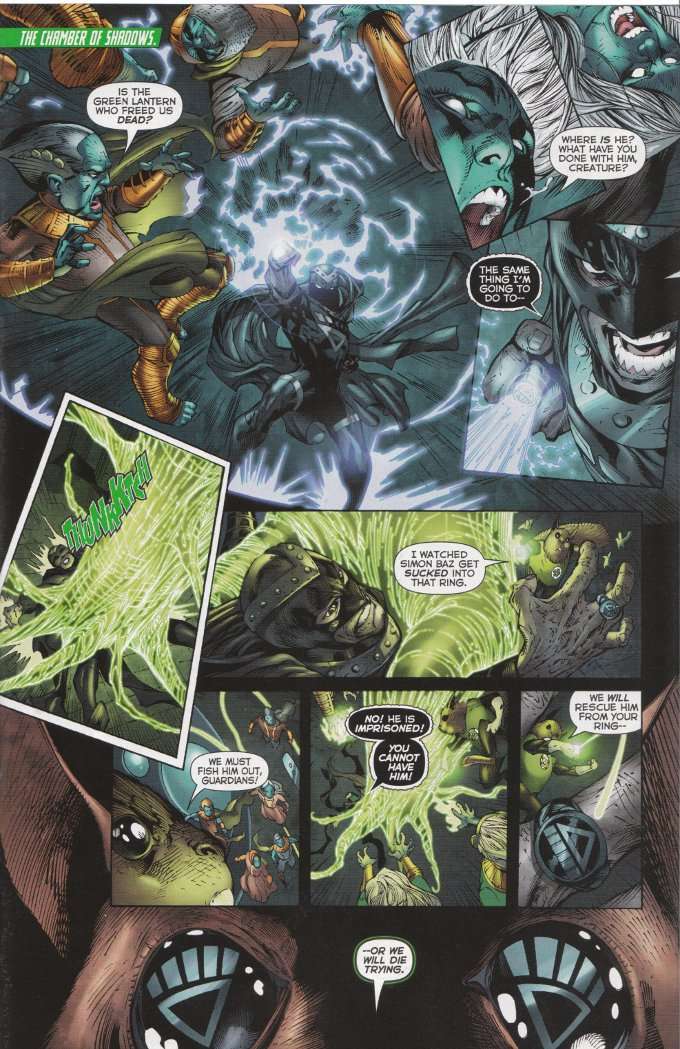 The artwork in the other sequence, where The Guardians fight Black Hand, is more problematic.  I've enjoyed Ardian Syaf's work on Batgirl before but his work here seems oddly off-model.  The panels seem to cramp the action rather than displaying it and these sequences suffer as a result.  It doesn't look bad.  It just looks tiny in a book where everything should be larger than life.

Green Lantern #18 is an enjoyable read but it's not a good first issue for those who haven't been reading the Green Lantern books already.  If you have yet to discover Geoff Johns' Green Lantern, I'd suggest tracking down a TP of Green Lantern: Rebirth and starting from there.
Posted by Starman at 6:57 AM