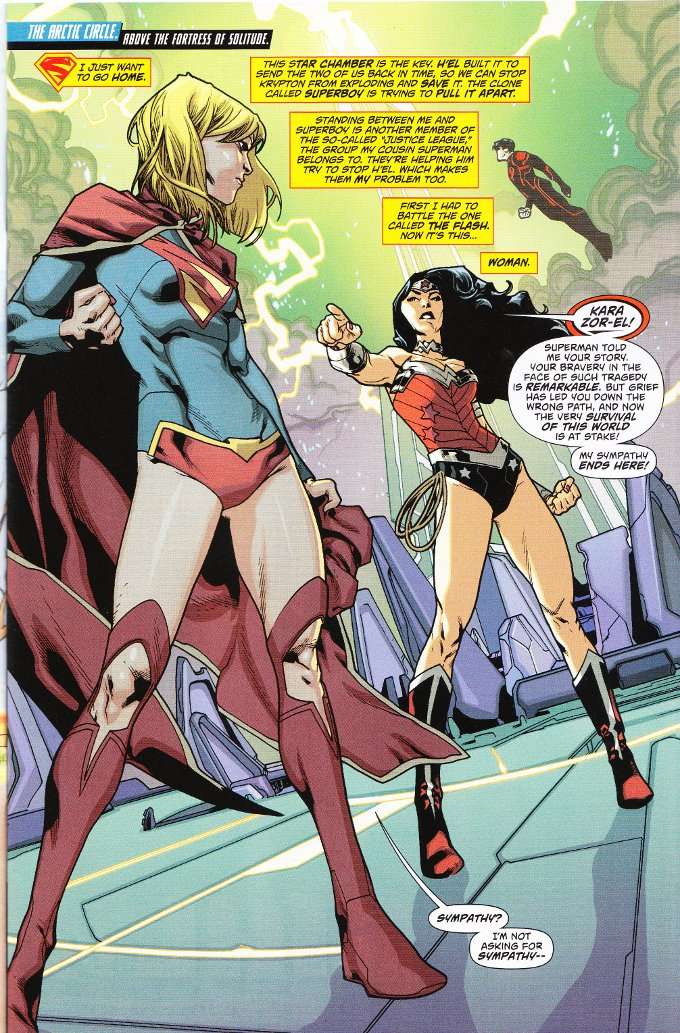 Sadly, the larger plot of H'el On Earth finally catches up with the characters in this issue.  As I feared, there's no way for Mike Johnson to mitigate the damage of Scott Lobdell's larger storyline which requires Kara to be a trusting bimbo except for when she's being suspicious of all of her cousin's friends.  While Johnson did a good job in the previous issues of presenting the story from Kara's point of view and making H'el's plan seem reasonable, the final moments of this issue serve to make Kara look like an idiot for not having asked the details of just how H'el's plan to go back in time would work. 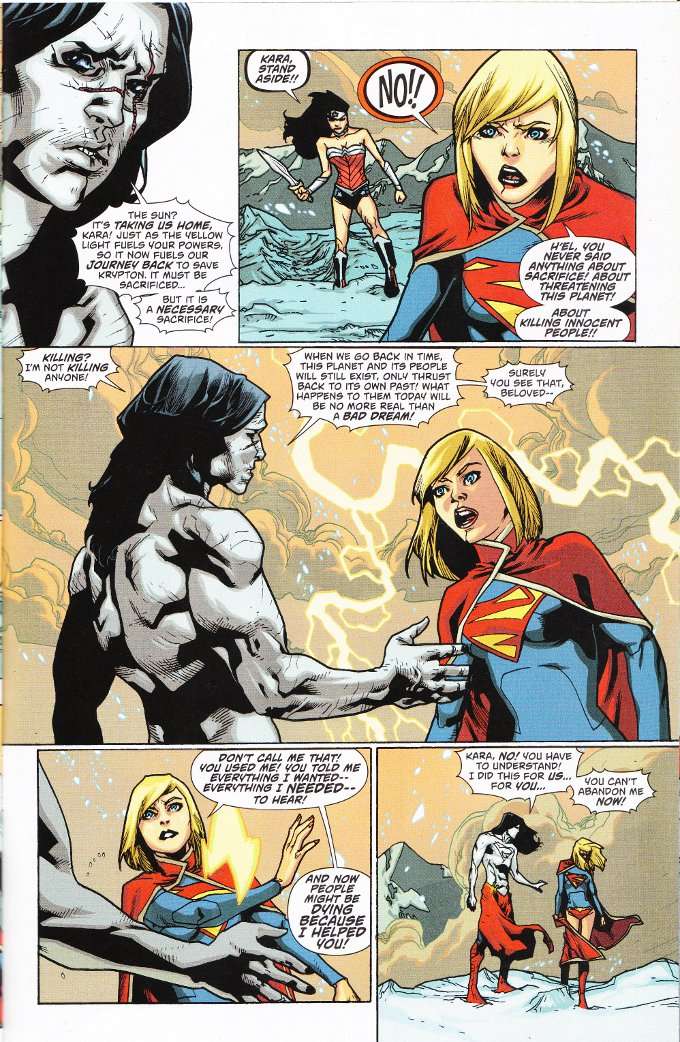 Mahmud Asrar's usually excellent artwork seems sloppy and rushed this month.  I can't account for why this is so but there's many panels where characters in the middle distance are oddly proportioned.  Just look at Wonder Woman in the first panel on the page above and Supergirl in the last panel.  Odd, no?

Thankfully, this is the last I'll have to worry about H'El On Earth and the Superman family dragging this book down for a while.  Another few issues like this and I'd seriously consider dropping this title.  Hopefully next month will bring back the quality we've come to expect from this book.
Posted by Starman at 10:46 PM