There's little I can say about Justice League #17 that I haven't said already about the other issues in the Throne of Atlantis mini-series.  There is much I fear to say for the sake of spoiling a story that did manage an honest twist or two in the tale.  However, I think I can safely say that this final chapter does rock the status quo of both the Aquaman title as well as Justice League.  Big changes are afoot - that much is certain! 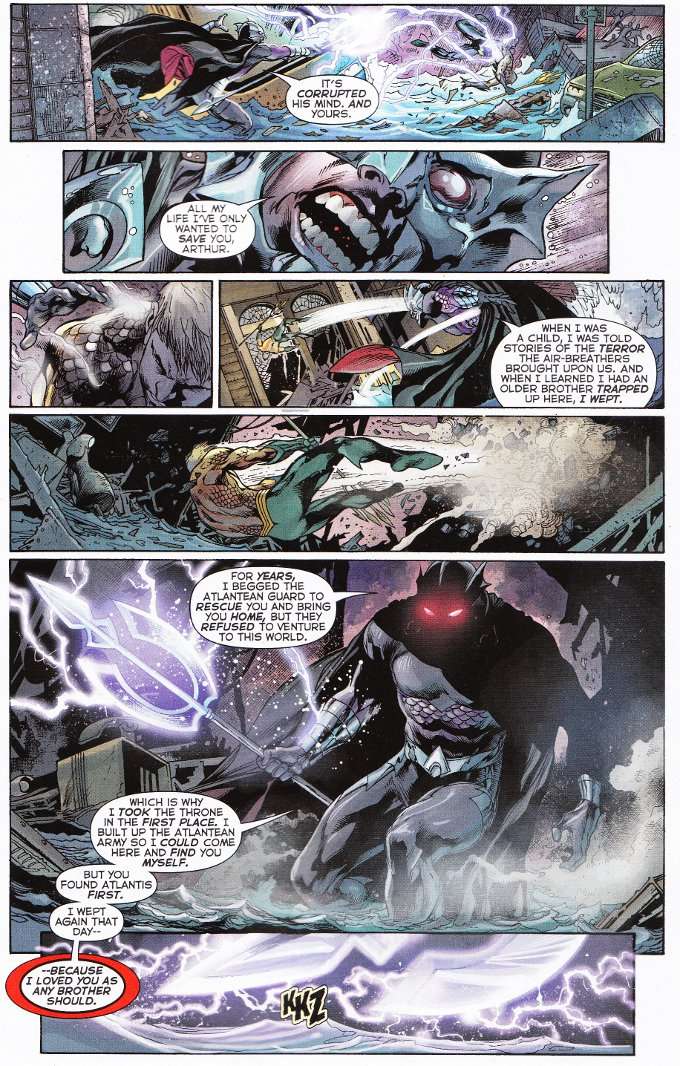 The plot is as good as one would expect from Geoff Johns.  The drama between Aquaman and his brother Orm is cranked up to 11 as the two do battle with words as well as with magical artifacts.  Johns has given Orm far greater depth than I think he's ever had in any other story and I thank him for it.  Indeed, Orm has become so sympathetic a figure, I find myself sympathizing with him more than I do Aquaman. 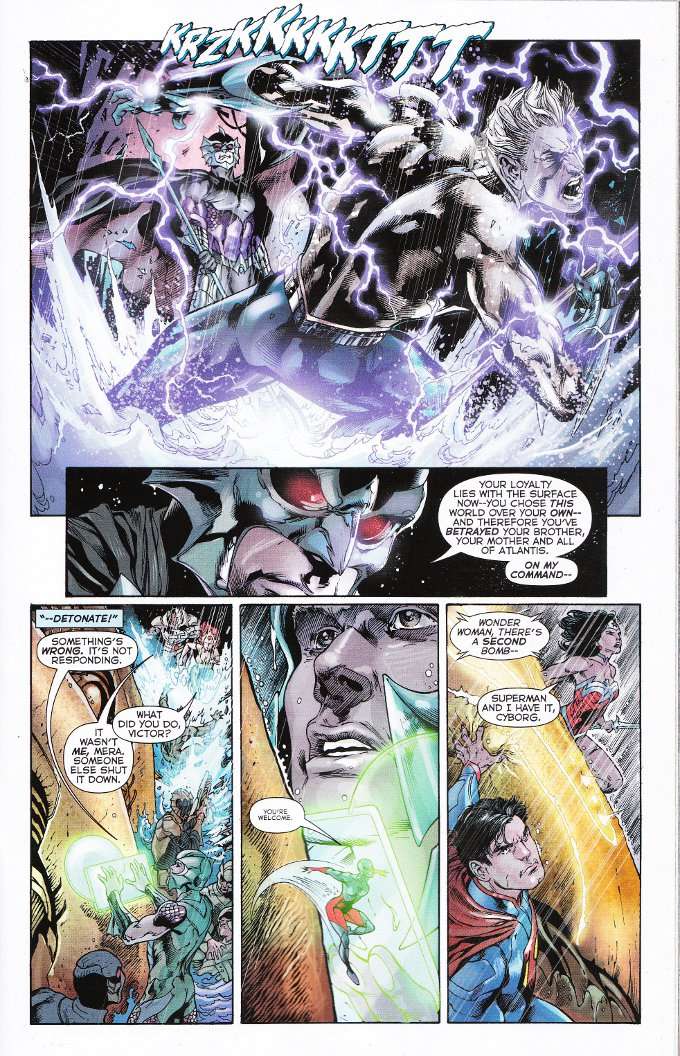 The excellent artwork of  Paul Pelleiter and  Ivan Reis brings this series to bed.  There's some amazing, poster-worthy pages here, my favorite being a spread of The League charging into battle.  And yet it's the little details - such as The Atom escaping from the inside of an Atlantean doomsday device - that make Reis' art so interesting.
Posted by Starman at 1:12 AM