Justice League of America #1 - A Review

Expectations were high going into this book, written as it was by veteran writer Geoff Johns with art by popular artist David Finch.  Thankfully, those expectations were met.  And then they were exceeded.

Johns' script does a grand job of explaining the status quo of the DCU at the moment and giving the reader a rundown of all the players, for those of you who might not have been reading Justice League or any of the other titles whose characters this issue involves.  No previous experience with Stormfront, Hawkman, Catwoman, Green Arrow or Birds of Prey is needed.  It may help you appreciate some of the past events that are referred to but you don't have to have been reading six or seven different books to understand this one. 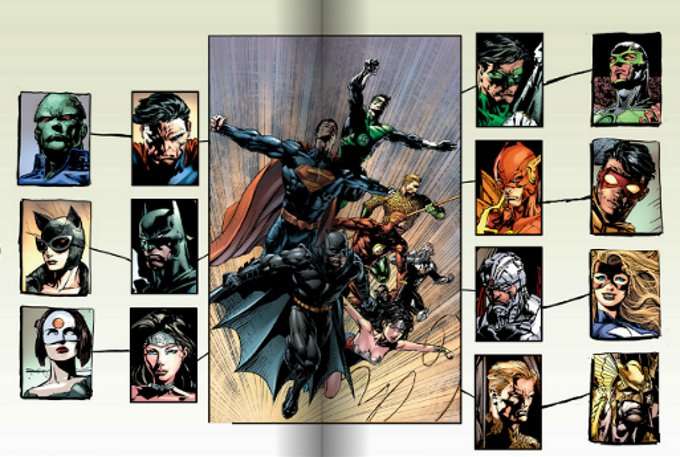 Here's the story so far.  Iit's been five years since the Justice League was formed.  In the wake of several disasters, The United States government has grown nervous about the League's independence and what might happen should they begin to actively work against the USA's interests.  To that end, they've fired Steve Trevor from his position as the government's liaison to the Justice League, having decided that maybe having Wonder Woman's ex-boyfriend acting as their go-between might be diplomatically questionable.

In his place is Suicide Squad director Amanda Waller, who is tasked with putting together a team that can match the Justice League 1 to 1 should it be necessary.  Her first recruit?  Steve Trevor, who has proven himself a capable field commander and the one man who knows the Justice League better than anyone.    The rest of her picks are selected based purely on their potential to match the other team in terms of power - a motley assortment of mysterious vigilantes, wanted criminals and promising newcomers. 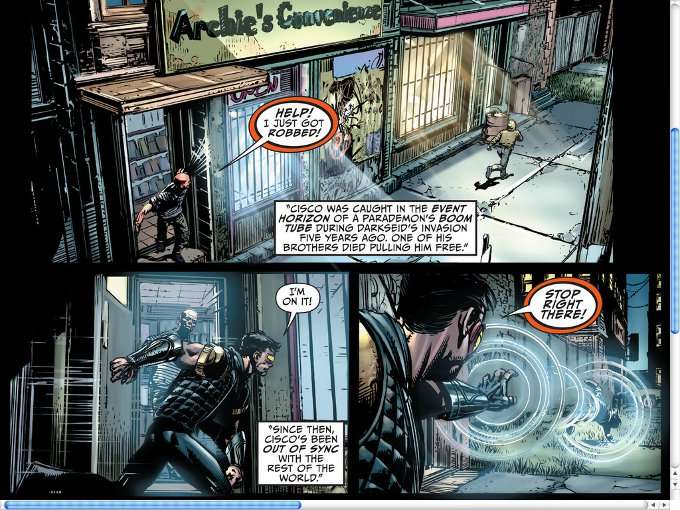 It is the newcomers - Vibe and Stargirl - who Johns spends the most time developing. There's no surprise there as, being new characters, they require the most development.  There's also the little matter of Johns being the writer on Vibe's new solo-title and Stargirl being Johns' original creation, dating back to the classic Stars and STRIPE series.  Yet this version of Courtey Whitmore is greatly changed from Johns' original concept, apparently suffering from night terrors regarding the death of the hero who wielded her Cosmic Staff before.  And Johns' take on Vibe, in just two pages, receives far more respect and development than the original character ever did. 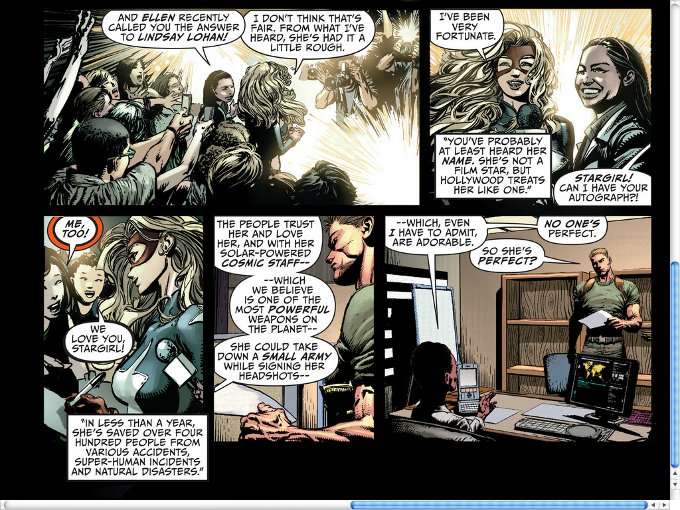 I've found that you either hate David Finch's art or you love it.  Personally?  I love it.  His famous eye for detail is as strong as ever but I think he's lightened up his usual shadowy inks somewhat.  There's still a hint of darkness in every corner, fitting considering the conspiracy-minded tone of the book so far.  Yet all of the high-action superhero moments are big and bright, with the inks enhancing the pencils rather than obscuring them.

Rejoice, comics fans!  This is the Justice League book we've been waiting for.
Posted by Starman at 10:04 PM