Green Lantern #17 is the first part of another four-month long, four-comic spanning mini-series.  So for those of you who were feeling burned out after Rise Of The Third Army, I'm afraid I have some bad news.  We're only halfway done. 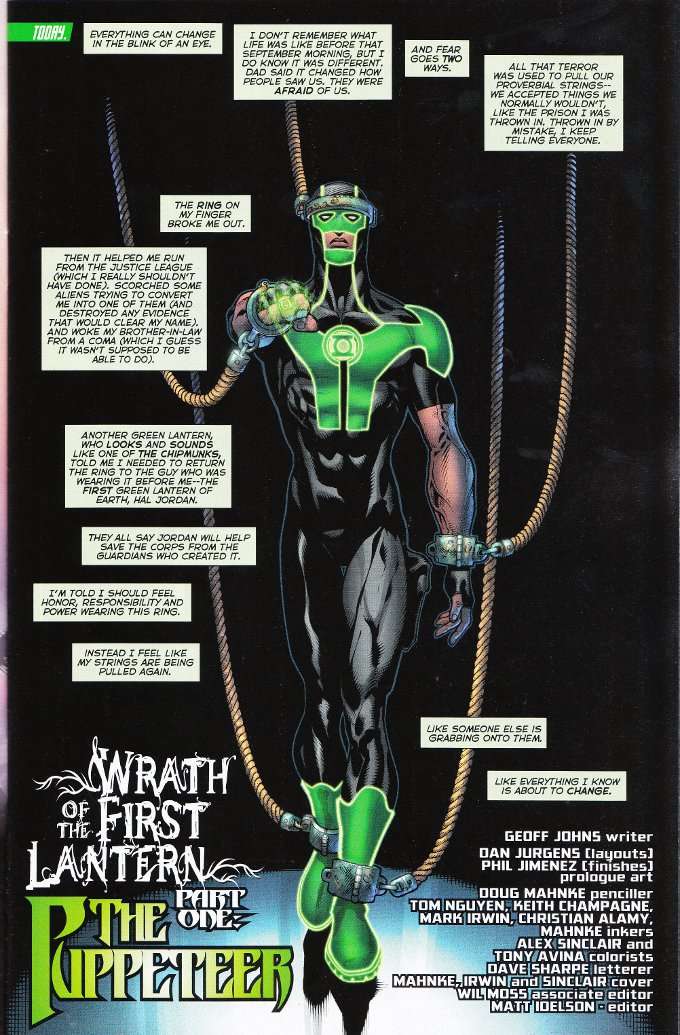 The good news is that this first part of Wrath of The First Lantern is far faster in cutting to the chase than it's predecessor.  The bad news is that we don't get nearly enough exposition into who The First Lantern was and how he gained the power that even The Guardians seem to fear.  Thankfully, we do learn something of his motivations, how he first came into contact with The Guardians and why he's now working against them.  And the other plotline - involving newbie Green Lantern Simon Baz having his first encounter with the villain Black Hand - is interesting enough, though seemingly unconnected to the main storyline. 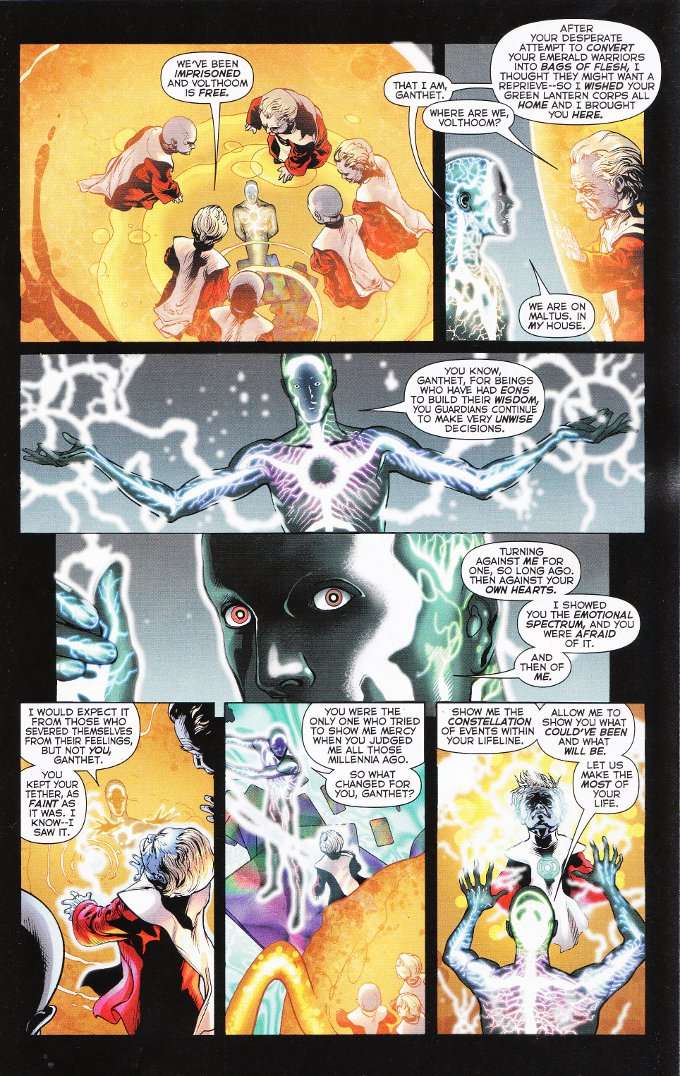 While the storyline may be drawn out, at least the artwork is as gorgeous as ever.  Doug Mahnke and his team of inkers deliver the same quality work we've come to expect on this title.  Guest artists Dan Jurgens and Phil Jimenez also deliver an exciting prologue, which evokes images from classic DC Comics as we see just how The First Lantern and The Guardians originally met.

I'd like to say this is a good entry point into the Green Lantern title.  Certainly, Geoff Johns has written it to be a beginning.  Sadly, there's too much leading into this story one must be broadly familiar with to fully appreciate it, so on those grounds I cannot recommend this issue save to those already reading Green Lantern.
Posted by Starman at 12:27 AM