Conan The Barbarian #13 - A Review

Conan The Barbarian #13 marks the first issue to feature Serbian artist Mirko Colak on the penciling and inking duties.  To call his work here phenomenal would be an understatement.  Simply spoken, it's been a long time since a Conan book has looked this good.  Just look upon this final splash page and tell me this isn't a poster-worthy piece of work.

I wish I could heap as much praise on the writing but Brain Wood's take on the world's most famous barbarian leaves me conflicted. Now, I can appreciate anyone attempting to add depth and unexplored dimensions to a character who has frequently been reduced to a grunting savage by poor writing in the past.  That being said, I can't see Conan vomiting at the revelation that he just orphaned two baby deer after mistaking a doe for a stag.  For that matter, young and inexperienced as he is, I can't see an experienced woodsman like Conan mistaking a doe for a stag. 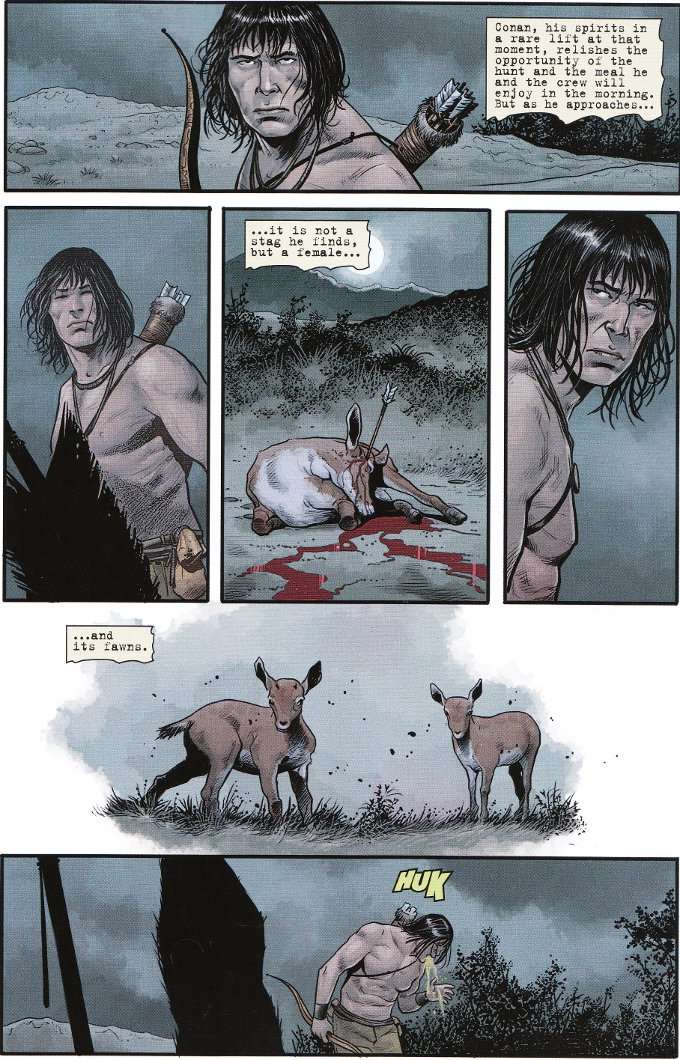 Thankfully, there are other character building scenes that are more effective.  The best of these features N'yaga (the shaman on Belit's ship) and N'Gora (Conan's closest friend among the crew), discussing their plight as they are left stranded on the coast in a hostile land, with Belit having disappeared to pay a visit to the city of her birth and Conan wandering after her.  And all of these complications come before Conan is forcibly conscripted into the army laying siege to the city... 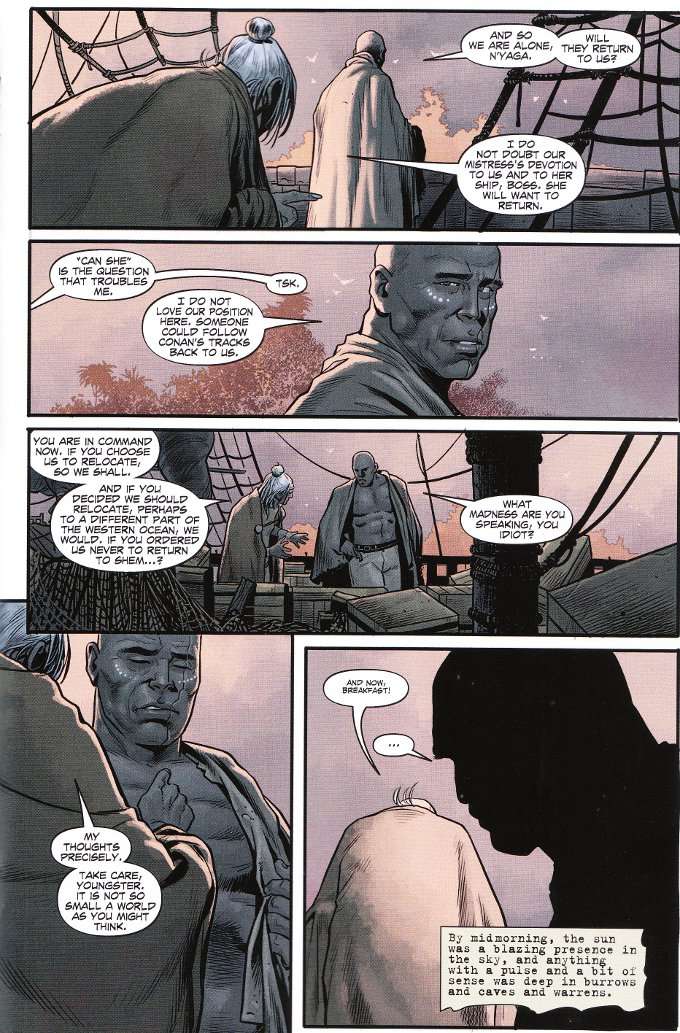 If you've never read Conan before, this issue is a fine one to start with.  The artwork is amazing.  The script is far more action-packed than my selected scans would indicate and there's many fine character moments.  I disagree about how true some of them are to the core concept of who Conan is but there's nothing so jarring here as to offend my sensibilities completely.
Posted by Starman at 7:24 PM