This was one of those rare conventions where I wound up posing for more pictures than I took.  Rare until recently, I should say.  The one picture I have so far of myself as The Doctor (Fourth Incanation, of course) is this pic snagged for my friend Roy Buckingham II - he of the Sassycast and Cult Film Fanatics podcasts. 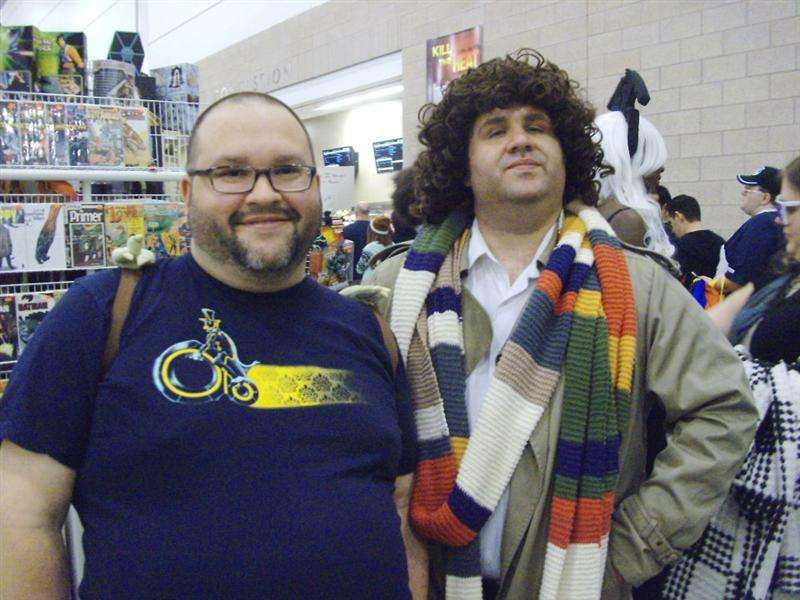 Quite a lot of good costumes on display this day. Let's dig into what I caught on camera, shall we? 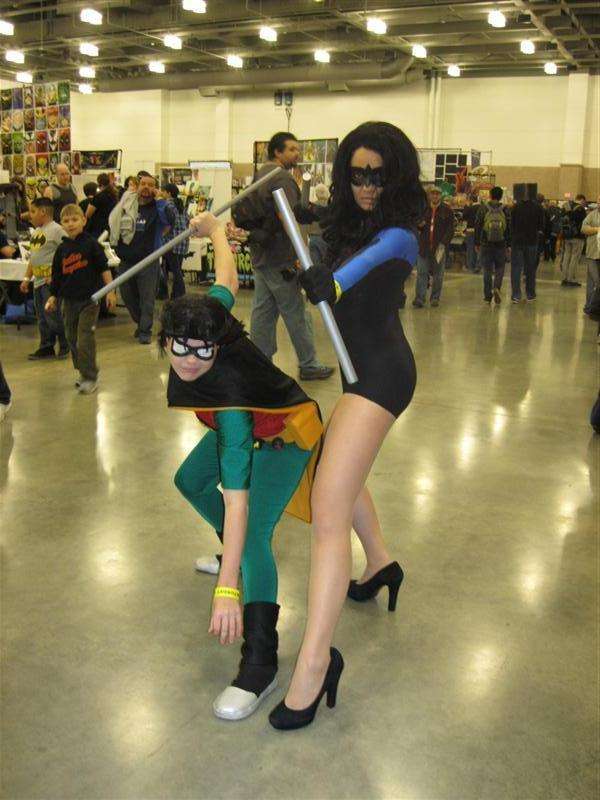 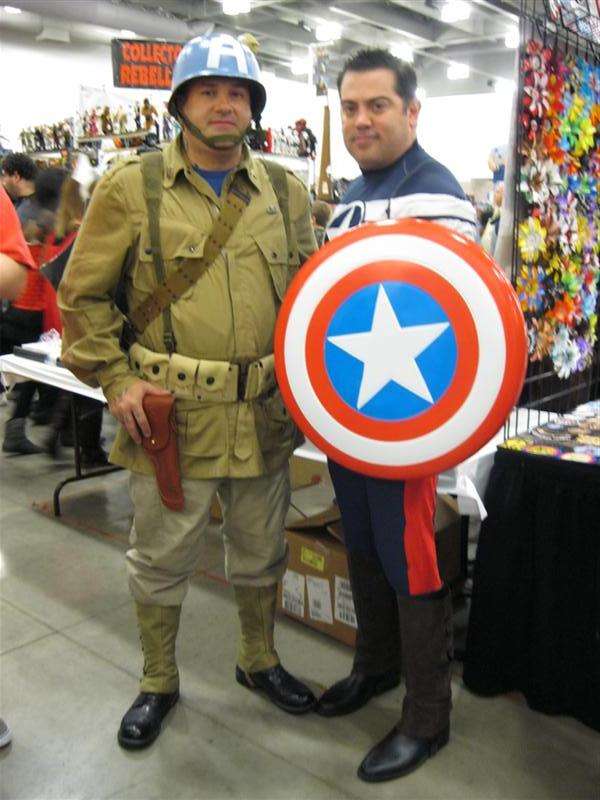 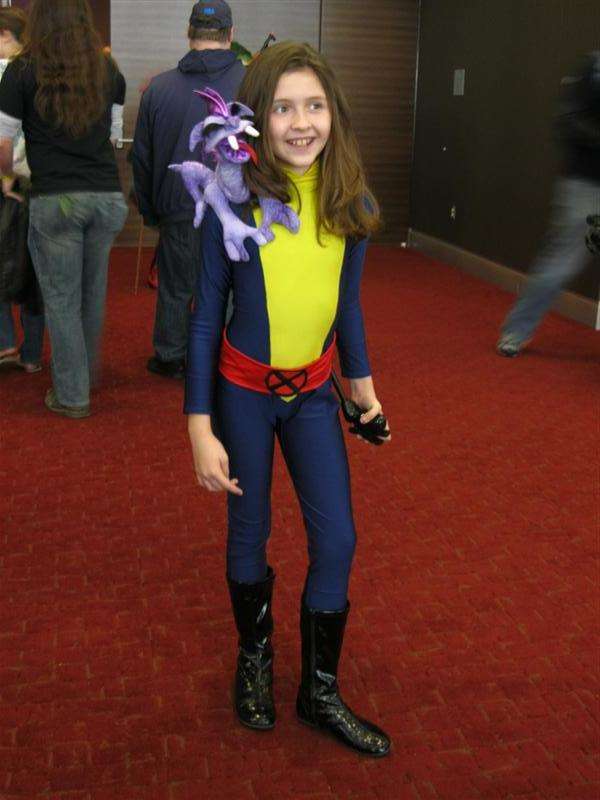 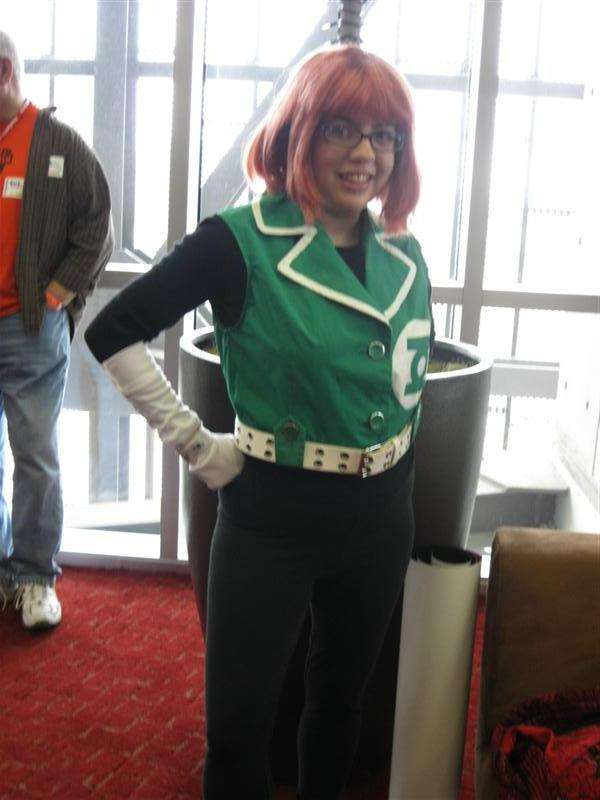 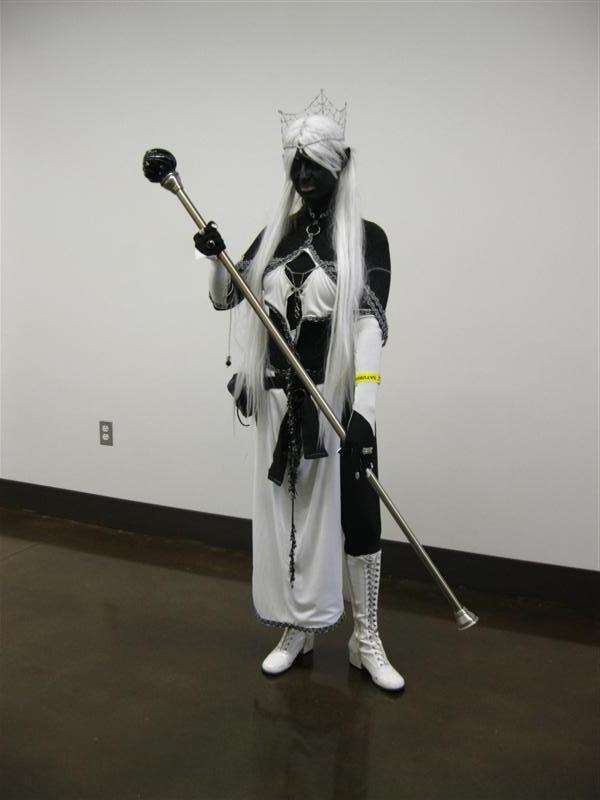 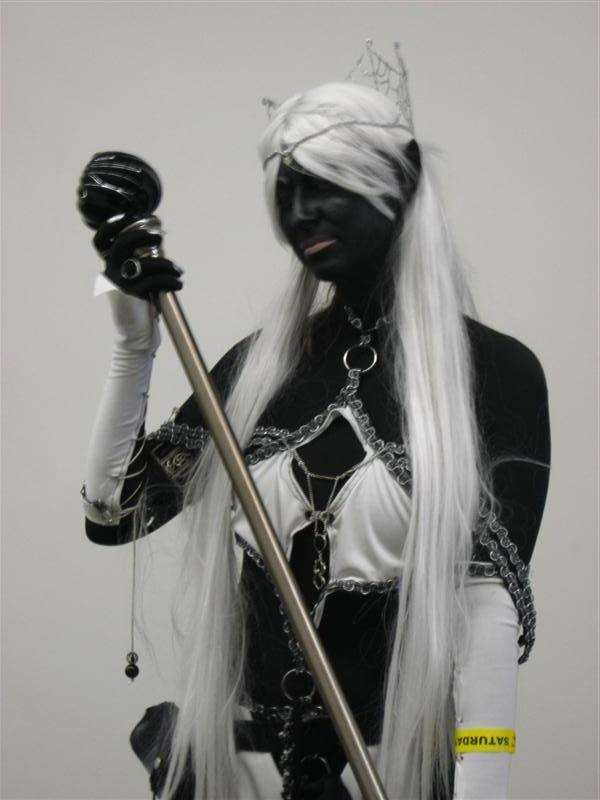 Matron Bae'ara Gode'ar - Queen of Rhylintiri'nozz.  Or, for you non game types, a dark-elf queen/priestess.  You can see more of her pictures at Drow OKC or on Deviantart. 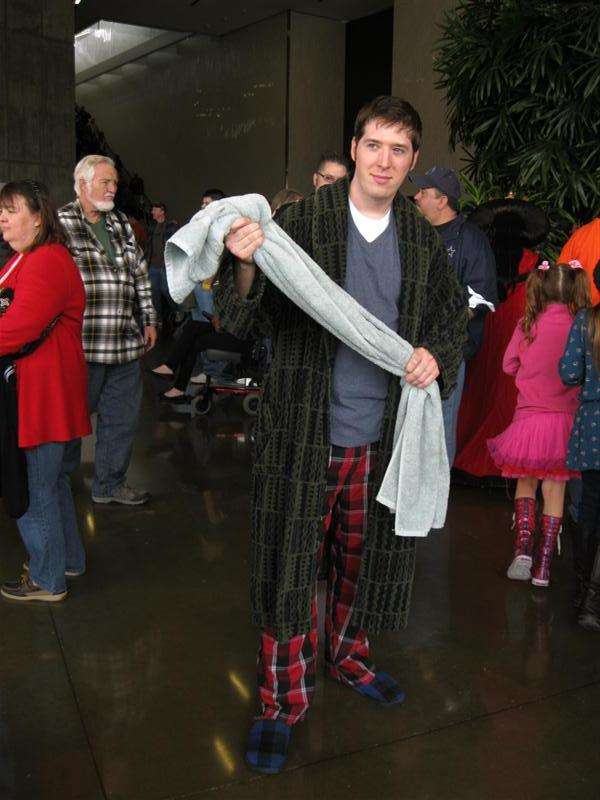 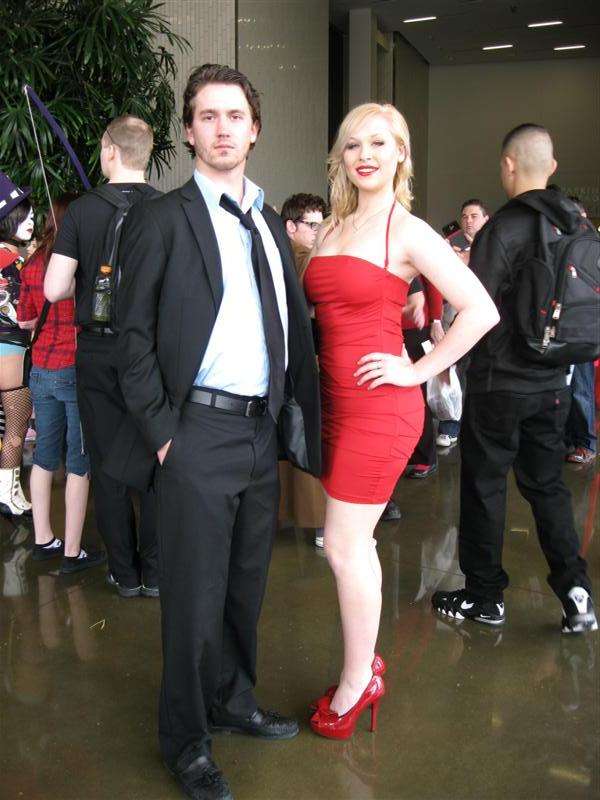 Number Six and... that guy that dated Number Six in BSG. 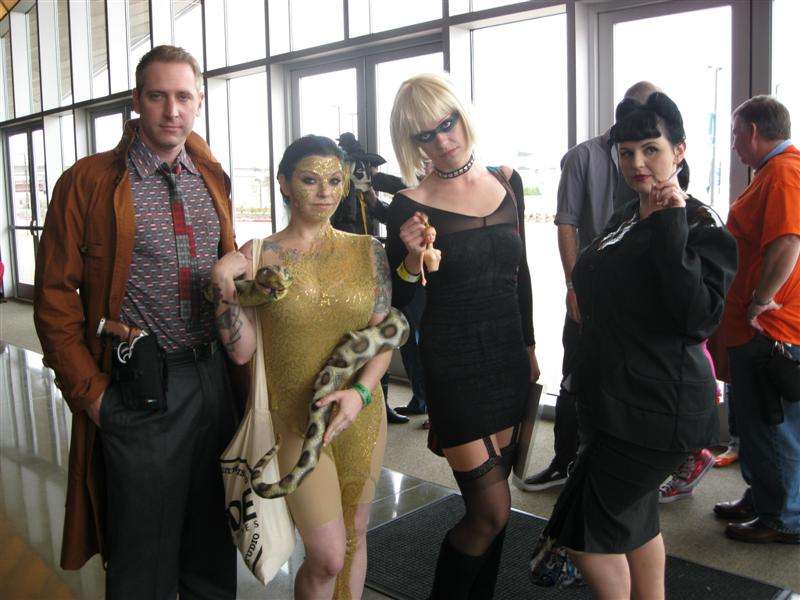 A Blade Runner group that includes our buddy Taffeta Darling as Zhora.
From left to right,  Rick Deckard, Zhora, Pris and Rachael. 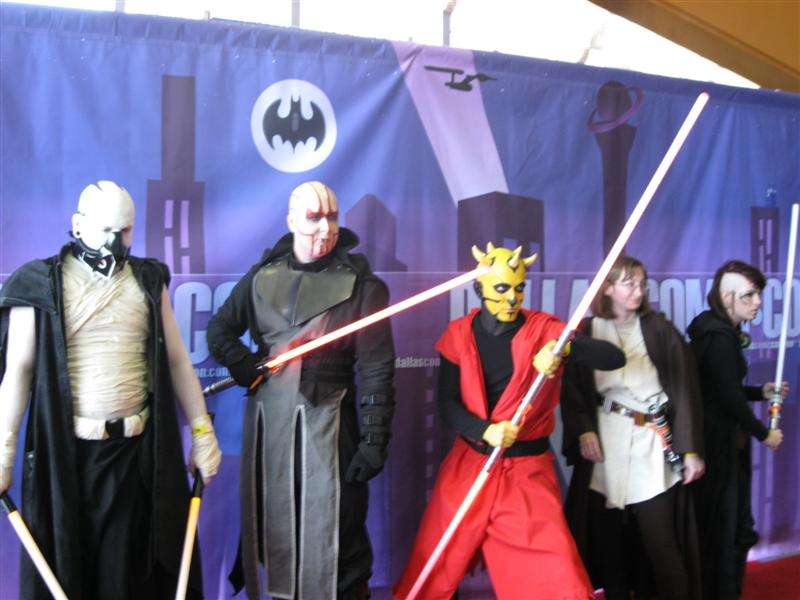 One new innovation this year was a red-carpet area that allowed cosplayers a chance to strut their stuff before several photographers at once and let aspiring photographers get a lot of pictures at once.  Here's a group shot of all the Star Wars costumes on the Red Carpet. 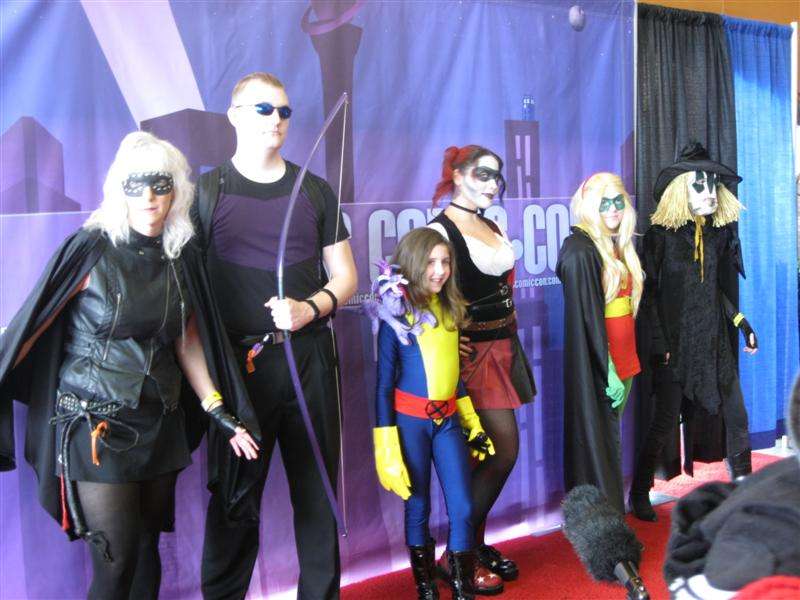 Here's a group shot of half the Superhero cosplayers. 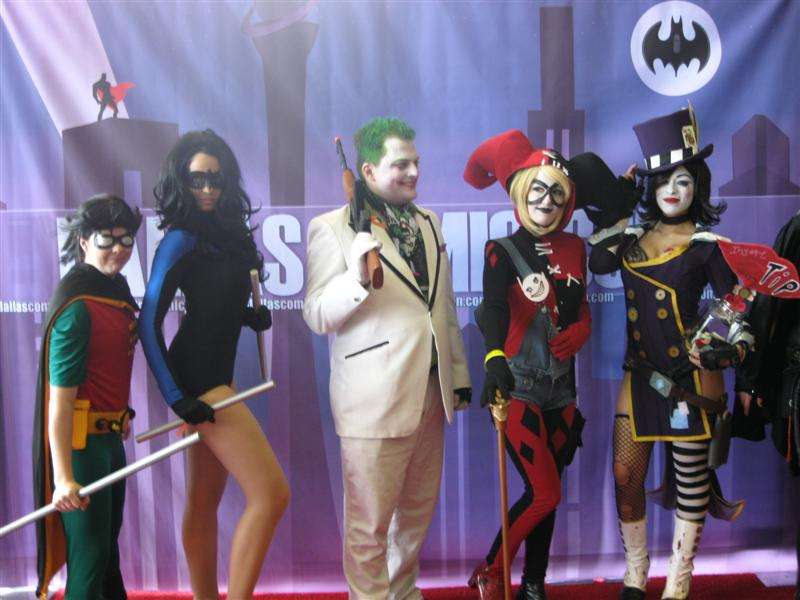 Here's a group shot of the other half the Superhero cosplayers. 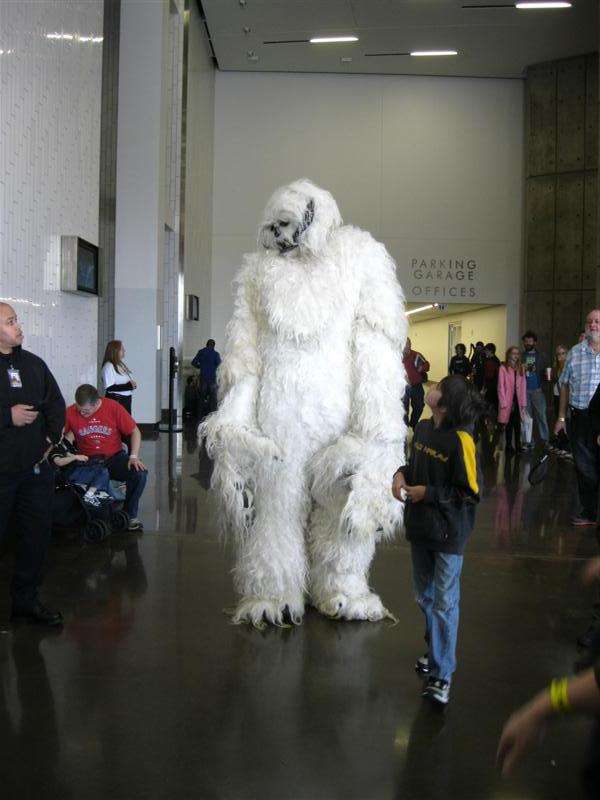 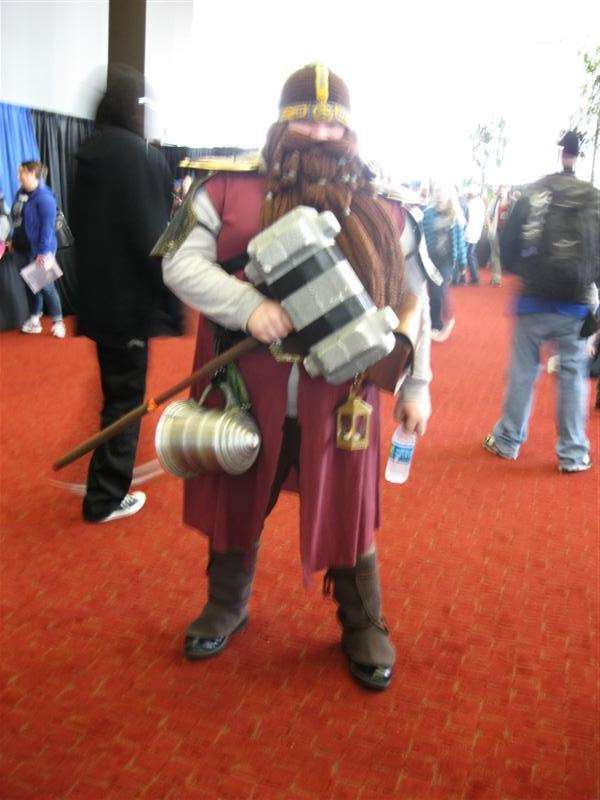 Nobody tosses a dwarf!