Green Lantern Corps Annual #1 is an oddity.  Labeled as the conclusion to the Rise of the Third Army event, it brings several storylines to a conclusion while simultaneously failing to resolve anything.  Indeed, it seems that this three-month long crossover between all the Lantern Corps books ultimately served no purpose but setting up the next big crossover, Wrath Of The First Lantern. 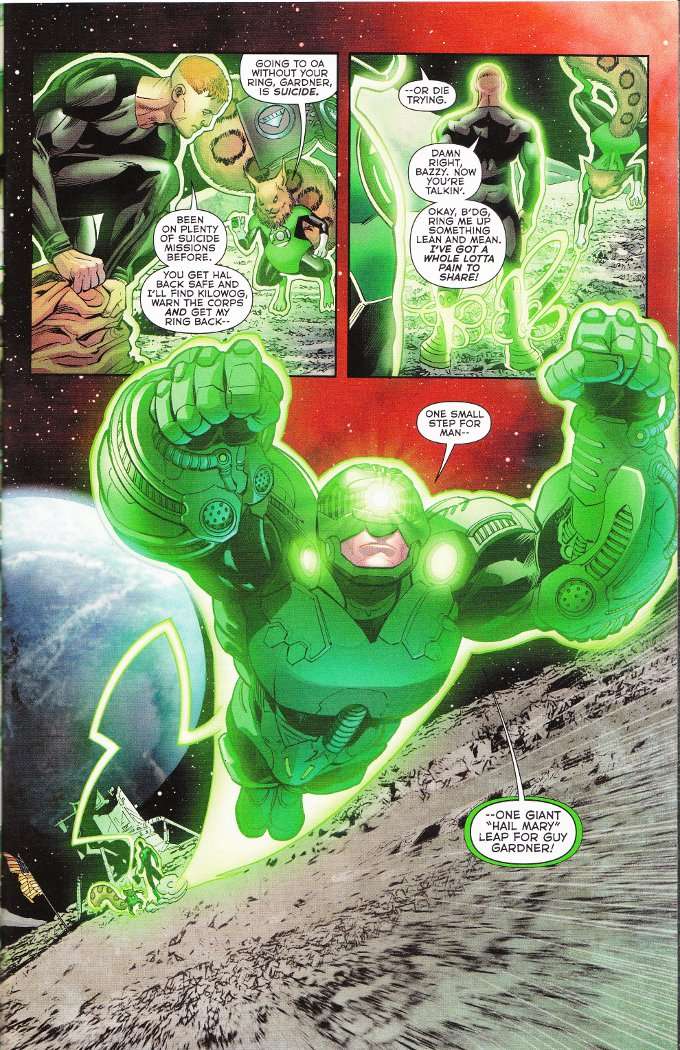 Despite this seemingly pointlessness, there is much to recommend this issue.  Peter Tomasi's scripting is as strong as ever and with this issue Guy Gardner has become my favorite Green Lantern.  Forget that "one punch" nonsense with Batman.  That was a different universe and besides that Guy is dead.

This Guy Gardner storms the battlements of Oa with no ring, no weapons, no plan and no chance of victory.  There's one other thing Guy hasn't got - anything left to lose.  And a man without hope is... well, Matt Murdock may be The Man Without Fear but after this issue I'd put money down on Guy if they wrestled for the title.

And this is but one fine moment of many.  Another occurs as John Stewart and The Star Sapphire Formerly Known As Fatality restore the planet Mogo.  And SPOILER ALERT, kids.  It turns out Mogo is a her! 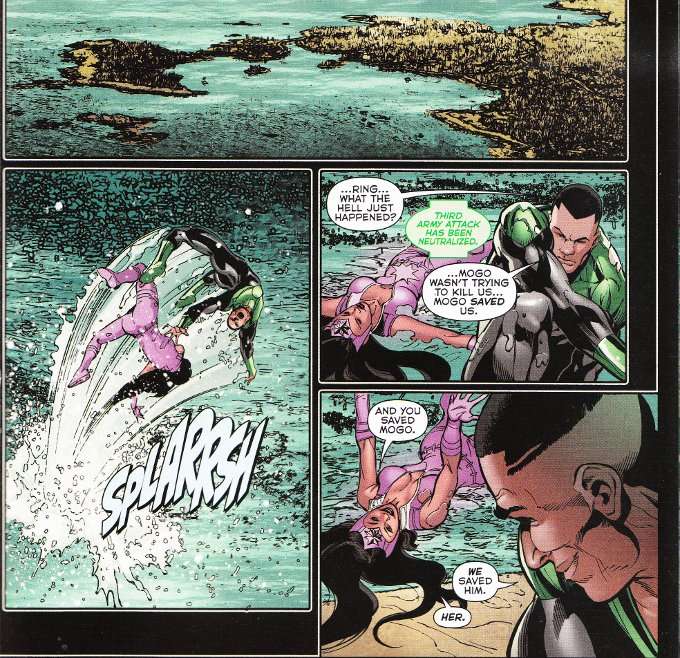 The artwork by guest artist ChrisCross is a fine substitute for Green Lantern Corps' usual penciler, Fernando Pasarin.  Regular inker Scott Hanna is on-hand as is inker Wil Quintana.  Together, they create some amazing visuals, though there are some minor hick-ups such as Fatality's unfortunately exaggerated figure in the panel above or Fatality's skin-tone being far lighter than usual.  Thankfully, it's not enough to sink the book and long-time Green Lantern fans should be pleased with this issue.
Posted by Starman at 12:00 AM