Much of what I have to say about Captain Marvel #10 I already said in my review of Captain Marvel #9.  Kelly Sue DeConnick (assisted, this month, by Christopher Sabela) still writes great, action-packed scripts that give us new insights into the character of Carol Danvers every issue.  The artwork, by Filipe Andrade, is still aesthetically displeasing to my eye and I still think it resembles a poor attempt to ape the style of Aeon Flux 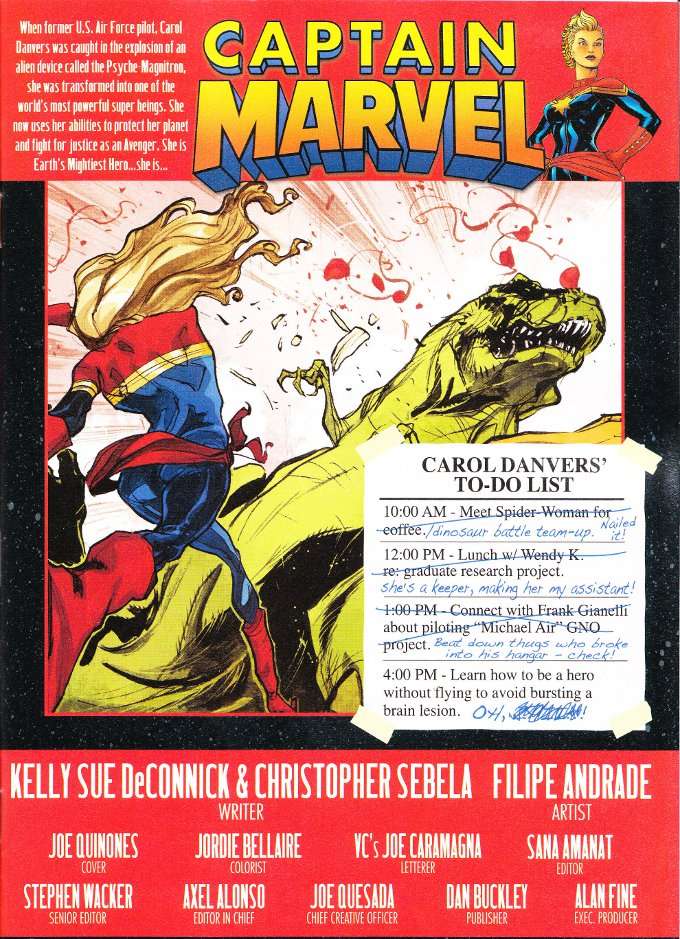 Thankfully, there is still much to admire about this comic and some things I can speak about that I did not note last month.  For instance, I love how Captain Marvel - unlike so many comics of late - uses its' title page as a reference guide for those fans who may have missed an issue, new readers picking the book up for the first time or absent-minded critics who sometimes forget the story after reading 50 other comics in the past month.  Naturally, given the usual tone of this book, this recap page is as insightful in terms of characterization as the rest of the script.

Speaking of the script, Deconnick's plot in this issue has become "real".  Suffering from some strange symptoms, Carol's doctor has advised her that she needs to stop flying as the strain on her body seems to be slowly killing her.  Naturally Carol isn't taking the news well, as being a pilot AND a superhero with the power of flight... well, NOT flying is not an option to her.  The drama here is played out well but I hope the hints that this is a temporary, orchestrated condition ring true as I fear it will seem far too derivative to have this lead into a serious medical storyline ala The Death of Captain Marvel. 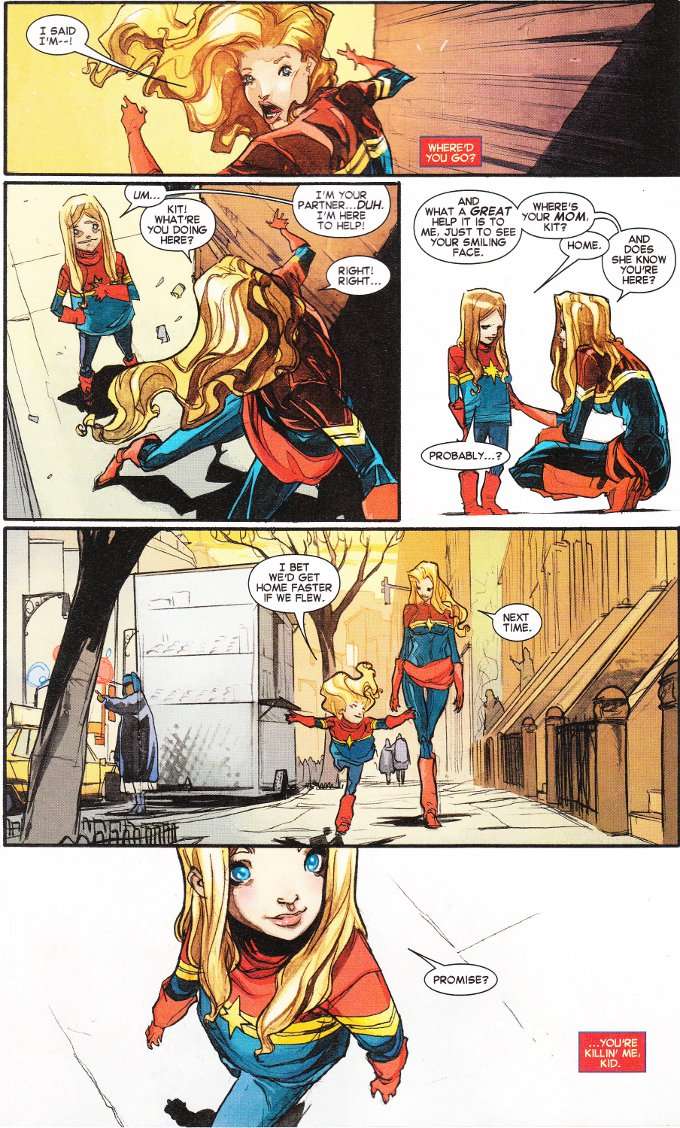 I must also note that while I'm not a fan of Filipe Andrade's art, upon reflection I don't think it's quite so bad as I said it was last month.  His action scenes are atrocious but his stylized characters with their elongated limbs and angular features are not quite so off-putting in the slower scenes that just feature characters talking.  Faint praise I know but it is praise none the less, which is far more than I was willing to give Andrade's last month when his art came close to driving me off this book.

I'm still here though.  And I'll be here for one more month, at least.
Posted by Starman at 7:29 PM