Doctor Who #4 continues the tale of The Doctor and The Nurse, which began in the previous issue.  As Amy Pond grows sick of "her boys" bickering, she concludes that what the flighty Doctor and the dependable Rory Williams need is some male-bonding time without her getting in the way.  Leaving them alone in a pub, she goes off to wander around 1814 London by her lonesome.

Rory and The Doctor don't agree on much but they do agree that taking the TARDIS forward a few hours so they don't actually have to talk to each other is a brilliant idea.  Of course the TARDIS, being as temperamental as she is sexy, doesn't take them where they want to go because there's somewhere they need to be.  And so begins a glorious comedy of errors as The Doctor and Rory deal with many problems, large and small, all while trying to get back to 1814, where Amy has uncovered some trouble on her own. 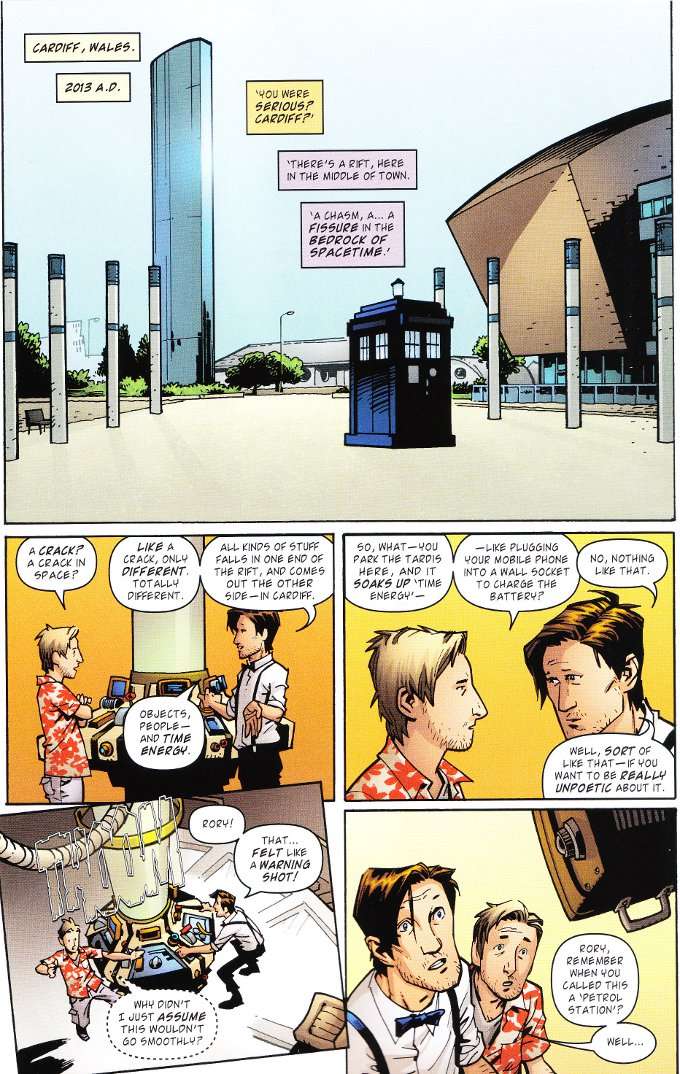 I described Brandon Seifert's scripts as delightfully mad last month and I am hard-pressed to think of an more apt description that that this month.  We catch glimpses of what would be the beginnings of about five or six great Doctor Who episodes here - The Doctor meets James Bond creator Ian Flemming back in his own days as a spy, someone shrinks New York City and sets a regular size gorilla loose in it, The Silence trigger the infamous London Beer Flood - all this and a thousand dancing Daleks!  Well, not really, but they wouldn't be out of place amongst all the rest of the chaos.  The whole experience is enjoyable, coming off as an extended version of the Pond Life trailers created by Steven Moffat which showcased some of the Doctor's solo adventures as he sent letters "home" to The Ponds.  Seifert captures the spirit of the characters from the show perfectly and anyone who felt Amy was less proactive as a heroine in the recent Series 7 episodes will be glad to know she holds her own in this story. 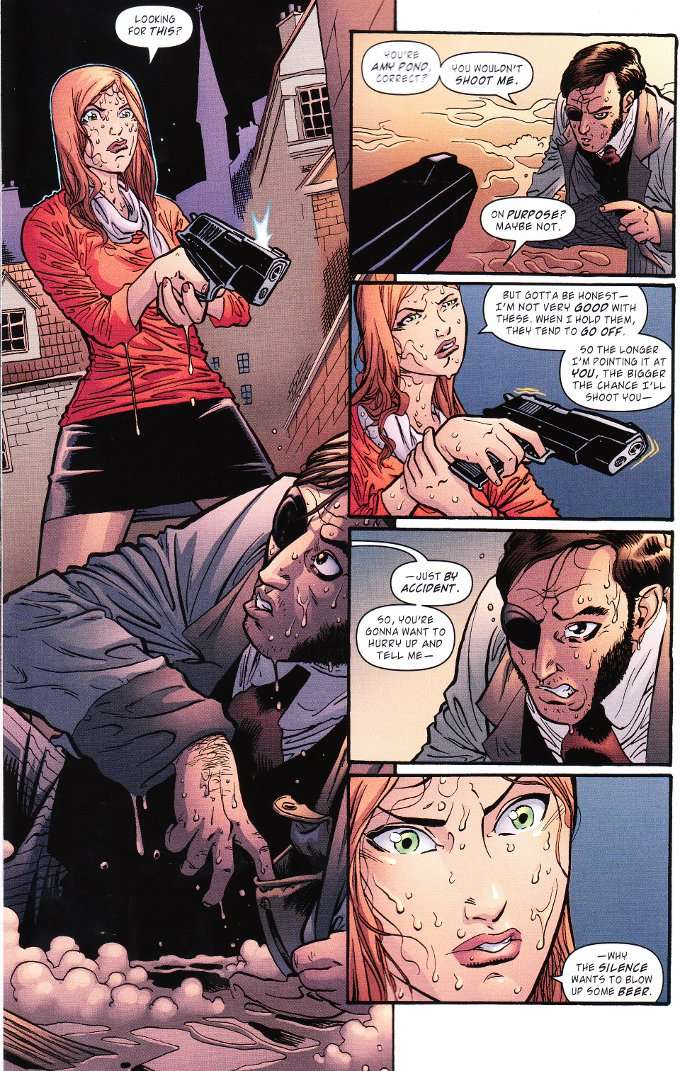 The art team of Philip Bond and Ilias Kyriazis match Seifert's script perfectly.  The look of this book is cartoonishly stylized, but appropriately so.  The action is quiet silly and the characters well-caricatured.  This book looks as fun as it is, which is a rare thing to see in a comic book these days.

Bottom line: this story may not be for everyone.  There are serious Whovians who will look at this and stroke their chins and mutter tut-tut and wonder why nobody in 1814 London makes a fuss about Amy Pond's mini-skirt.  The rest of us will merely laugh, throw a pie in their face, shout hurrah and enjoy this silly little spirit of adventure.
Posted by Starman at 10:04 AM