Arrow #15 continues to profile Oliver Queen's gradual shifting of focus from being an avenger to a full-fledged hero.  6:15 To Starling City shows Ollie and Diggle taking action in a hostage situation unrelated to Ollie's goal of taking his city back from the powerful and the corrupt.  Indeed, the hostage takers - who have seized control of a new high-speed train on its' maiden voyage - have similar goals to Oliver but have chosen a far more aggressive way of seeking their goals. 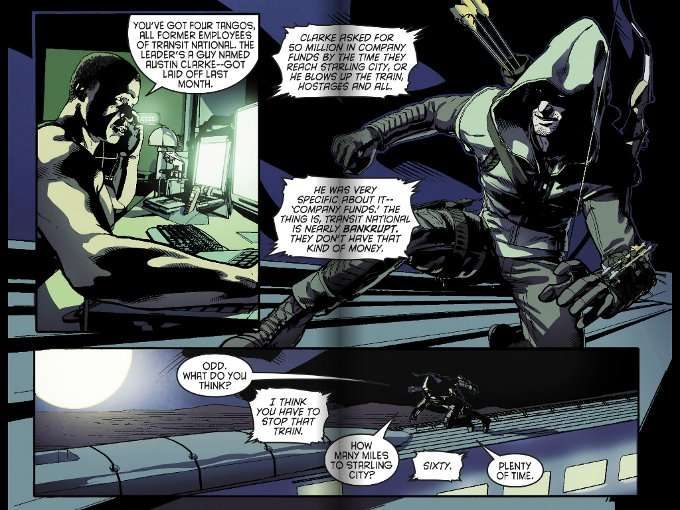 Katherine Walczak's script is action-packed and exciting.  The story flows smoothly and is well-paced.  More importantly, it does give Ollie a little more character development by contrasting his methods against those of the hostage-takers.  While Ollie is still a long way from being a true hero, we do see him taking some steps toward it as he sets yet another line he will not cross in the name of justice. 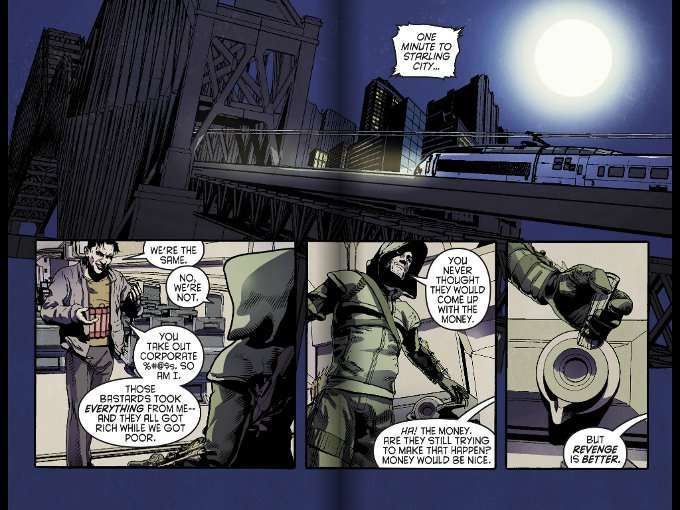 Omar Francia's artwork serves the story decently but fails to be as exciting as the story itself.  His caricatures of the established cast are decent enough and resemble the actors from the show, which is a point in his favor.  But some of his figures are too stiff and posed at times, undercutting the excitement of the story.

Despite this, Arrow #15 is a bargain for its' 99 cent download.  If you can't wait until the series return tonight, it should satisfy your cravings until then.  Bon Appetit!
Posted by Starman at 9:25 AM