Justice League #15 kicks off the long-awaited Throne of Atlantis crossover between the Aquaman and Justice League titles.  Yet for my money, the best parts of the book have little to do with the crossover and everything to do with the people behind the costumes and superpowers.  Take for instance the page below, which has done far more to define Clark Kent as a character than anything I think I've seen in any other book in the New 52 so far. 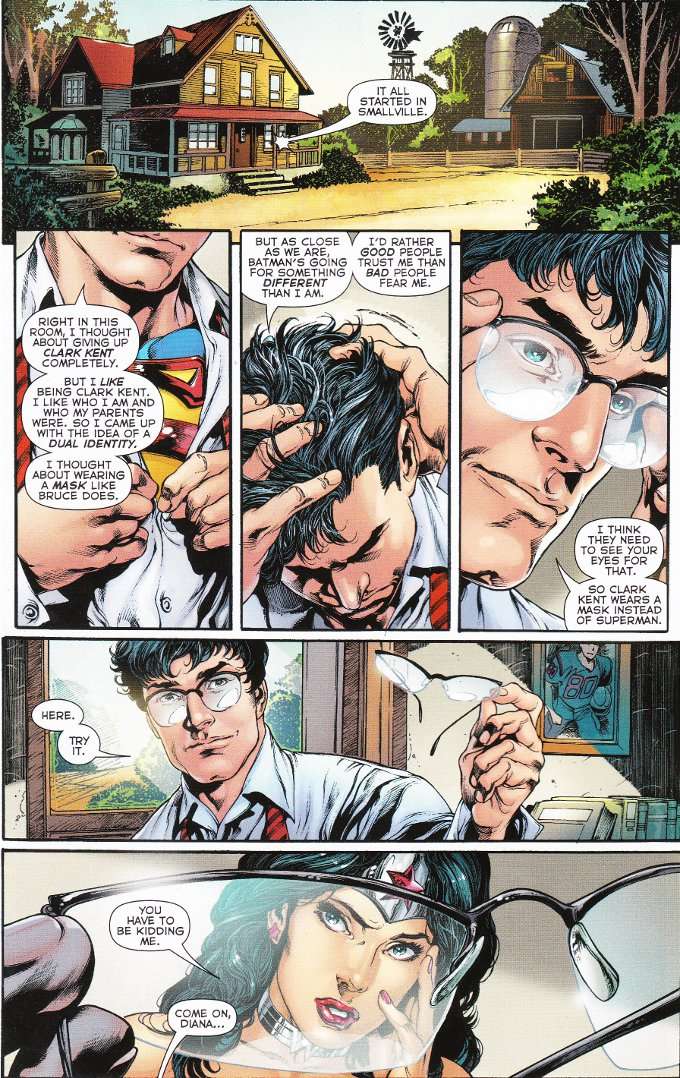 It's the little moments like this that have made author Geoff Johns beloved as a writer and made this title worth reading, though it was far slower to get going than many would have liked.  The backbone of the issue is found in scenes such as this, the scene where Cyborg talks with his father and even the scene where Aquaman and Batman team up to take on several of The Scarecrow's minions.  But don't think for a second that doesn't mean the action-packed moments aren't good too.  Far from it!  And Johns' plot involving an Atlantean invasion of the surface world offers excitement aplenty to go with the fine character scenes.

The artwork by Ivan Reis and Joe Prado - most recently seen on Aquaman - can be summed up in only one word.  Phenomenal.  Reis has an amazing eye for detail  and Prado knows when to merely outline Reis' pencils and when to shade them heavily.  Reis is also a good visual storyteller, whose panels flow naturally and easily even on the two-page spreads.

I wish I could praise the Shazam back-up story as highly.  The artwork by Gary Frank is as wonderful as Reis's work but the base concept of Billy Batson as a juvenile delinquent leaves me cold.  It doesn't add anything to Billy as a character to make him a smart-ass punk.  Indeed, his basic decency and inherent nobility was one of the things that set him apart from other teen heroes in the past. 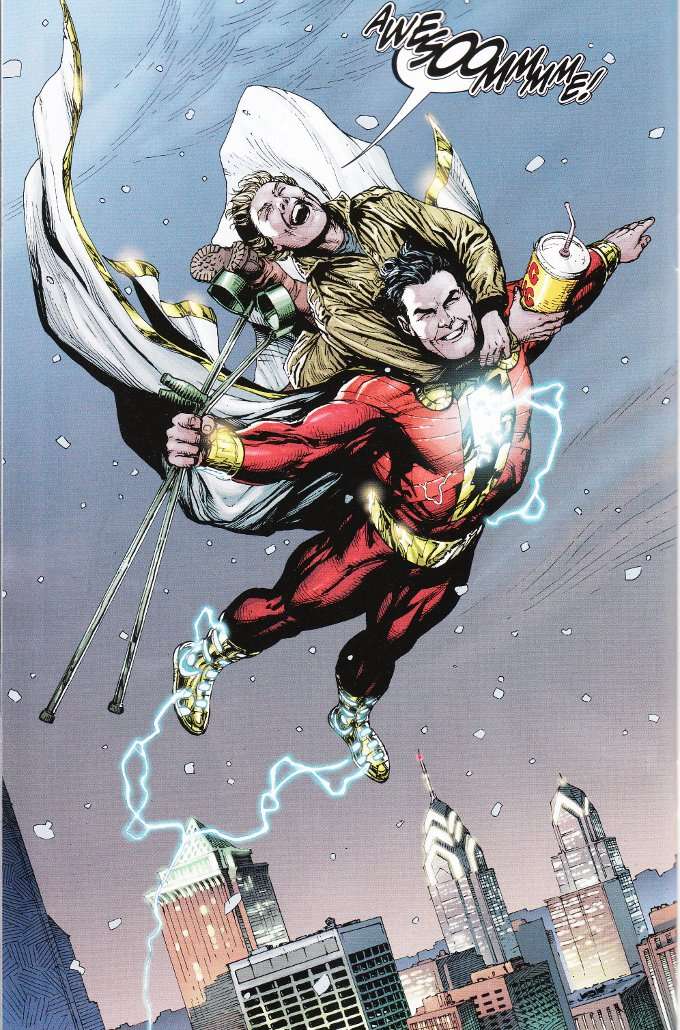 Incidentally,  whatever happened to The Wisdom of Solomon that's supposed to warn Billy away from being dishonest or foolish?  I can't help but think it must have gone the way of Wally West and Donna Troy, since the plot of this story is dependent on the "hilarity" that ensues after Billy uses his powers to hack an ATM so he can get the money to buy beer.  There are some brief moments worthy of the Captain Marvel legacy, such as Billy and Freddy's joy at discovering that Billy can fly but these moments are too brief and too few in number.

This issue is worth picking up if you haven't given Justice League a shot before now.  But do yourself a favor and skip the back-up story.
Posted by Starman at 3:21 PM