The biggest problem I've had with the Rise Of The Third Army crossover has been how the titular Third Army seemed like afterthought at times.  We've caught glimpses of the Third Army in action.  We've seen The Guardians discussing how quickly the Third Army has advanced.  But apart from one scene in Green Lantern Corps, where Guy Gardner was among a group of Lanterns being decimated by the Third Army, there's been little sense of urgency regarding the threat.  The Third Army became one subplot among many, confined to a few pages summary while the writers got on with whatever stories they were writing before the crossover started. 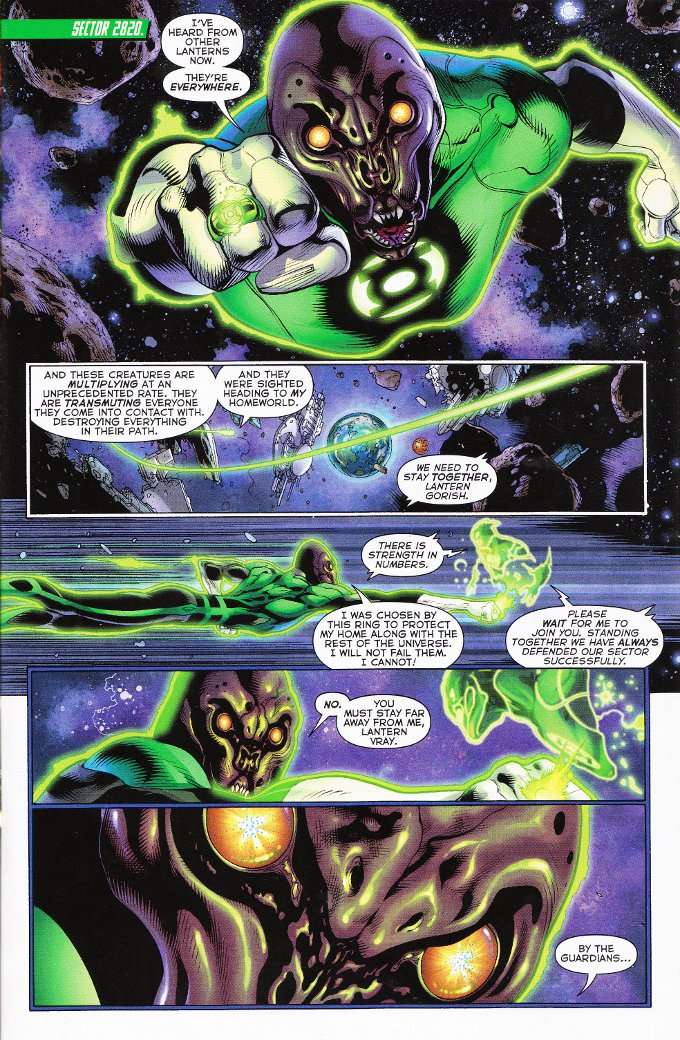 Even Geoff Johns has been guilty of this but I can hardly fault him for it.  Johns has always been at his best writing stories about people who have superpowers rather than ordinary high-action superhero stories.  Johns' ability to write and create interesting characters has always been his greatest strength and his best works have always been those that told smaller stories about relationships rather than the grand, epic space operas we usually associate with Green Lantern.  Given that, I haven't really minded that the past few issues focused more on car-thief turned Green Lantern Simon Baz and his coping with his new powers as well as his sudden status as a suspected terrorist.  Strictly speaking, Simon's story is far more interesting than watching more groups of random aliens being converted by The Third Army.

Thankfully, Johns brings the crossover down to Earth in this issue - literally and figuratively.  The various plot threads Johns has been spinning for the past few months have finally start to come together as another Green Lantern shows up to see what's going on in Sector 2814.  We also start to get some answers about just what happened to the recently disappeared Sinestro and Hal Jordan. 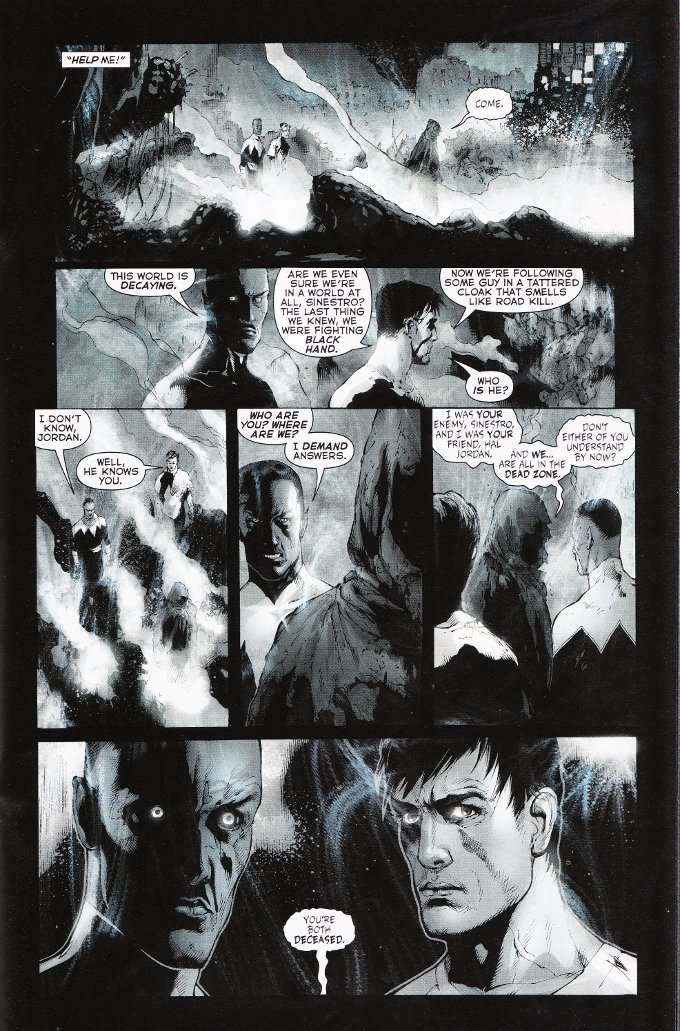 All of this is ably illustrated by Doug Mahnke and a team of inkers.  Mahnke's utilizes perspective to interesting effect on several panels, creating an effect I can only refer to as "reverse-Kirbyism".  Mahnke takes the style pioneered by Jack Kirby where items in the foreground seem to reach out toward the reader and flips it, putting fixed objects in the foreground and focusing the art on background objects as they move away from the reader.  It's a striking effect, adding increased visual interest to certain scenes - the dynamics being different when we see a shot man falling away from us rather than falling towards us.

Green Lantern continues to be a solid read, with excellent scripting, wonderful artwork and a unique, interesting new hero in the character of Simon Baz.  The series greatest flaw, as it has been for several years now, is accessibility.  Johns has revitalized and expanded on the Green Lantern mythology but new readers who just came onto this title with Simon Baz's first appearance will miss out on a lot of the background.  Good as this is, I'd recommend tracking down a copy of Green Lantern: Rebirth and starting from there rather than trying to jump into the current series.
Posted by Starman at 11:46 AM