Doctor Who: Series 7 - A Mad Theory

WARNING: The following article, while highly speculative and wildly improbable in scope, does contain several spoilers regarding Series 7 of Doctor Who. Do not read further if you do not wish to have certain plot points from Asylum of the Daleks and The Snowmen revealed. 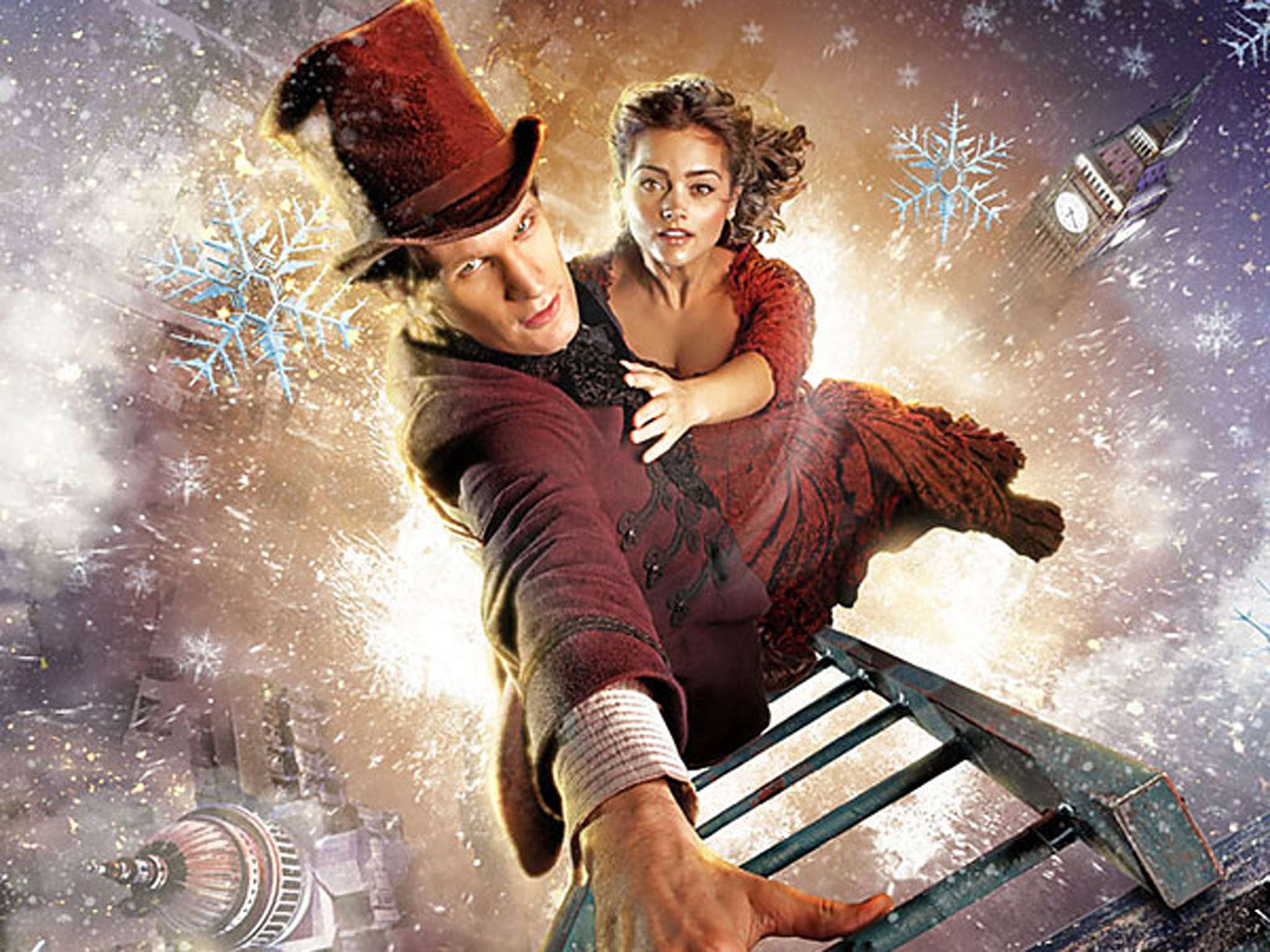 Right.  So here's what we know so far.

1. The phrase "Doctor Who?" has become the arc words for the new series, being repeated several times and held up as being significant.

2. There is a woman named Clara Oswin Oswald who has been alive during at least three separate points in space and time and died in two of them.

3. One version of Clara was transmuted into a Dalek but proved to be strong-willed enough to resist their mental programming.  This Clara used her connection to the Pathweb - a hive-mind educating all Daleks - to erase all the information The Daleks had on The Doctor (Asylum of the Daleks).

4. The Daleks response to The Doctor introducing himself as they were stricken with amnesia regarding their greatest enemy?  "DOC-TOR, WHO?"

5. Another version of Clara was alive in 1892.  This version of Clara died thanks to the intervention of a being known as The Great Intelligence, which attempted to take over the world using killer snowmen (The Snowmen).

7. It was suggested in The Snowmen, that The Eleventh Doctor's actions were responsible for inspiring The Great Intelligence's actions later, when The Second Doctor first confronted The Great Intelligence..  The older Doctor openly mocked the idea of using physically fragile men made of snow and ice as foot soldiers, thus inspiring the creation of the Yeti robots.  The Doctor also showed a map of the London Underground from the 1960s to The Great Intelligence while describing it as a strategic weakness for the London area, thus setting up the events of  The Web of Fear.

8. Also in The Snowmen, The Doctor seems to have trouble remembering The Great Intelligence and his encounters with it during his second incarnation, saying the name "Great Intelligence" over and over after he sees Mr. Simeon's business card as if trying to remember.  This may be a nod to the facet that the two serials featuring The Great Intelligence - The Abominable Snowmen & The Web of Fear are largely missing and considered lost, the "found" episodes consisting of one part out of six for both serials... or is it a hint of something greater?

9. Consider that - so far - both of the episodes involving Clara Oswin Oswald have also involved a theme of lost memories.  The future Oswin Oswald blocked out her memories of being turned into a Dalek and later removed all memory of The Doctor from the Dalek hivemind.  The Doctor later seems to have had his own memories altered.

10. According to Doctor Who Magazine, the mysterious disembodied mind House from Neil Gaiman's episode The Doctor's Wife was originally intended to be The Great Intelligence, but this was changed for some reason...

11. Neil Gaiman is writing another Doctor Who script for the later-half of Series 7 - one which has been revealed to be devoted toward making The Cybermen - another villain introduced during The Second Doctor's time on the show - into a serious threat once again.

12. A lot of Neil Gaiman's stories deal with the theme of the power of stories shaping reality.

13. The Cybermen, symbolically as villains, are devoted toward the destruction of human emotion and creativity.

14. Neil Gaiman has also written a lot of stories based on the Cthulhu Mythos, which are full of beings from beyond time and space who do not understand basic human emotions.

15. Another name used for The Great Intelligence is Yog-Sothoth - the name of one of the more prominent beings in The Cthulhu Mythos.


All that being said... here is my speculation.

1. Someone is altering the fabric of space and time in a fairly fundamental way.

2. Either as a side-effect or a direct result, this is altering the memories of time-travelers as to personal events that already happened to them.

3. Clara Oswin Oswald, as a living paradox, is a symptom of the damage being done.

4. The Cybermen are going to be tied in to The Great Intelligence in some form or fashion.

5. Whatever is happening will be suggested to be tied into the destruction of The Doctor's "fictional" adventures in our reality.  I.E. The episodes "lost" to us are literally erased from time in The Doctor's personal continuity.  This destruction of time is being overseen by The Cybermen, who are mostly working at the points in time where they most frequently fought The Doctor (i.e. his 2nd incarnation).

6. The Doctor's battle for his own past will lead to the sudden discovery, secretly facilitated by the BBC just in time for the show's 50th anniversary, of all the lost Doctor Who stories ever.... perhaps recovered from a rumored cache in Zimbabwe?


I freely admit this is a mad idea and that most of this is improbable and most likely all of it is untrue...

... but think about what a great story that would be!  The Doctor fighting for his own past and securing knowledge of his adventures for the people of a dimension where he isn't real?  Sounds like something Neil Gaiman would write, doesn't it?